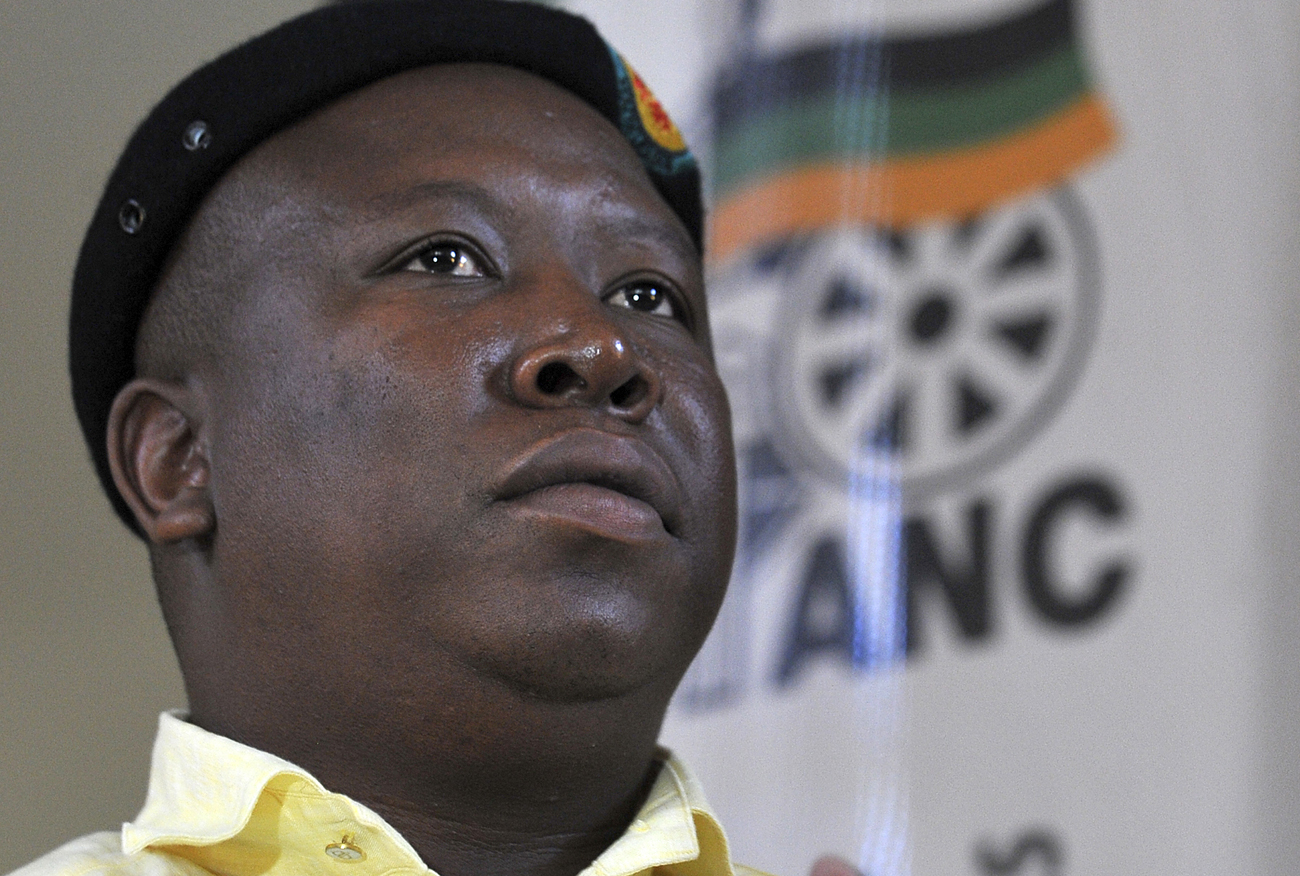 Gosh. They have actually done it. The ANC's national disciplinary panel has decided not just to suspend Julius Malema but to actually expel the poor little former lion cub. He is gone, finis, adios-ed in the most public manner possible. By STEPHEN GROOTES.

In a document released by the panel late on Wednesday night, it explains its reasoning. It is a lamentation of all things Malema. It is also a clear proof that in the final analysis, Malema has no one to blame but himself.

Throughout this process, it’s been fashionable to claim that the ANC, and its disciplinary procedures, simply didn’t have the balls to chuck Malema out. That claim has now been comprehensively demolished. The panel says, in many more words, that with this the ANC shall no longer put up; it’s a voluntary organisation, and we don’t want you anymore. It’s that simple.

However, it’s really Malema’s behaviour during the recent hearings in aggravation and mitigation of sentence that seem to have sealed his fate. We warned all along that for him to pursue so vigorously this claim that he hadn’t been allowed a chance to argue in mitigation of sentence could come back to haunt him. That has now indeed happened. But it’s happened not just because the ANC’s prosecutors asked for it to happen. It’s happened because of an important legal point that may have escaped Malema entirely. But there’s no way it could have escaped his lawyer Dali Mpofu.

In these hearings, Malema refused to accept the outcome, not of the original national disciplinary committee hearings, but of the appeal hearings as well. As the statement points out, as the panel making this judgment was the “court of first instance”, he was well within his rights to refuse to accept their verdict. But that does not hold for the appeals panel. The reason being, when he joined the ANC, he swore an oath to obey the party’s discipline, and to respect its disciplinary machinery. As the statement mentions rather drily, “it appears unlikely Cde Malema will respect the ANC’s constitution” if he behaves like this.

Of course, being Malema, there is more – much more.

During the hearings, it seems at one point, he tried to claim, (under oath, mind you) that once these hearings are all over, “the real battle will start when the ANC will still have to persuade the youth. As the President of an organ of the ANC responsible for mobilising the youth behind the ANC, this statement, in the view of the NDC, constitutes a threat and is tantamount to holding the ANC to ransom.” There it is in two short-ish sentences. Malema was trying to use the ANC Youth League to start a rebellion within the ANC, and the ANC was simply not going to stand for it.

It really is an insight into Malema’s character. There you are, all beret-ed and glorious, facing the fight of your political life, and you simply claim “the youth are with me” and thus you’re untouchable. Really, the panel had no choice here. They simply couldn’t allow him to get away with that.

It does make one wonder. Which kool-aid was Malema drinking? Was it just too much of his own high-octane brew? Or is there some kind of political calculation? Does he want to be expelled? It’s crazy, sure. But sometimes one just never really knows with him.

Overall, Malema simply did not present any arguments in mitigation of sentence; he simply continued with his claims that this was all political, and that he’s the victim of an unfair process. He’s now been laughed out of school. Rarely in our post-’94 state have we seen someone be so unfair to so many people, and then turn around like a cry-baby. Think of all the provincial executive committees of the League he’s disbanded, or how he used the police to throw out any chance of a fair race to run the Limpopo league (one wonders what Lehlogonolo Masoga did on Wednesday evening). Really, on one level, it’s all a little pathetic.

While we’re still with Malema, a technicality for the legal speakers among us. Firstly, the two-year-suspension from his 2010 hearing is being imposed. That’s because he re-offended within the two-year period of that suspension. But with respect to the new hearing, he is expelled because of his convictions, and the way he’s responded to them.

Buried in the footnote of Malema’s bombshell, there are those two other people who were also charged and convicted, and whose sentences were ruled upon. The first is the current secretary-general of the League, Sindiso Magaqa. He was convicted for “defaming” public enterprises minister Malusi Gigaba, who’d complained that the debate around nationalisation was “reckless”. He is suspended for three years. That suspension is itself suspended. In other words, he stays on, but better keep his nose clean. The other person, whose name simply escapes me at the moment but his terribly worded press releases don’t, has been suspended for three years. With no suspension of that sentence.

It’s tempting to quote him, but we won’t. This is a (relatively) clean publication. As the panel puts it, “swearing is not a political act”. And thus it demolishes his claim that he is being attacked for political reasons.

All in all, this is another of those statements that reaffirms the strength of the ANC’s disciplinary structures. It is strong, thoughtful and fair. Of course, it won’t be interpreted thusly, but it is. We’ve pointed out before that without such a strong statement in this particular case, the ANC risked becoming ungovernable. Derek Hanekom et al clearly know this, and won’t let it happen on their watch.

One final point. It’s a comment about Malema from the statement: “With regard to comrade Malema’s plea not to have his membership taken away, the NDC believes that any period of suspension imposed as a sanction would not, as the Complainant’s representative submitted, achieve the purpose of rehabilitating the comrade.” In other words, it’s time for the ANC to simply wash its hands and move on. DM

Photo: The end of the line for Julius Malema. REUTERS.