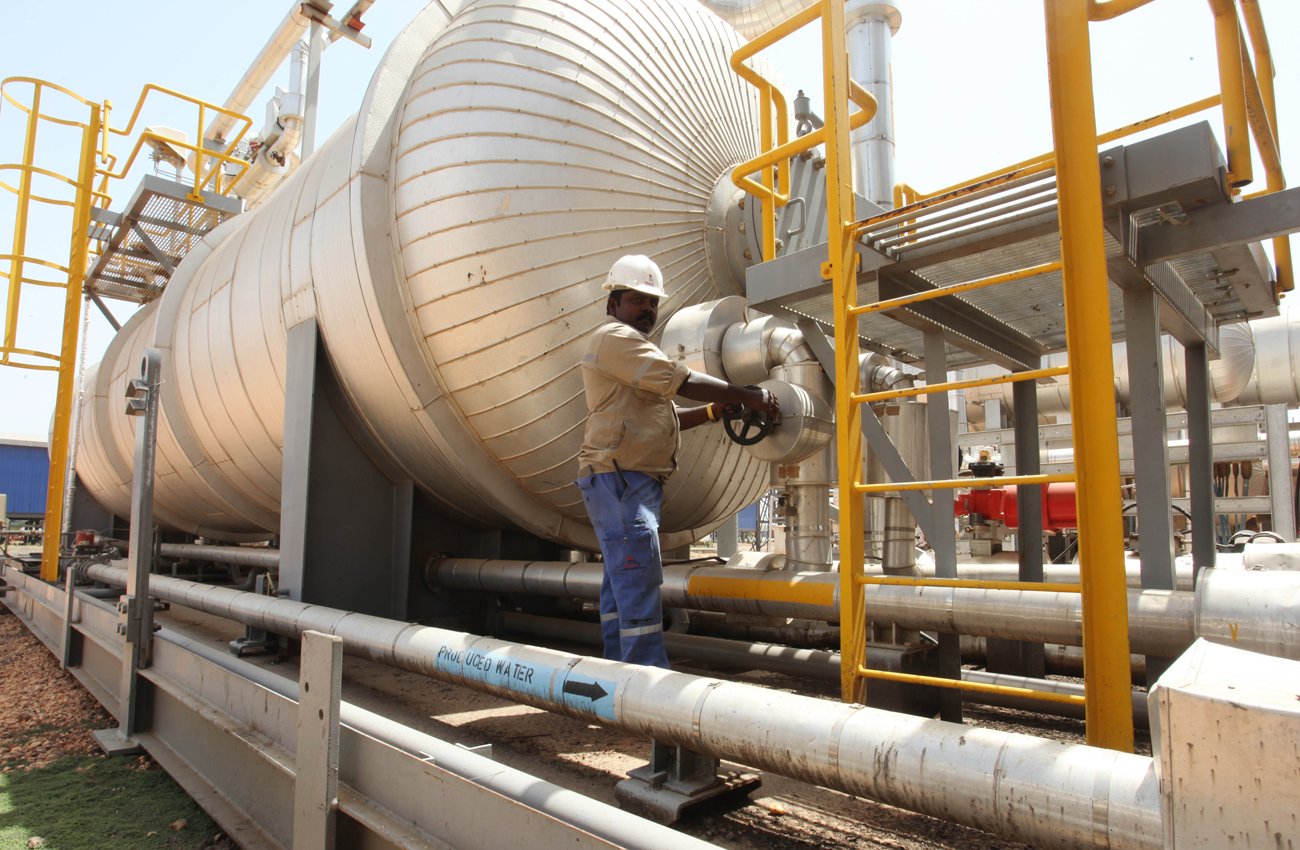 South Sudan’s oil fields have been eerily quiet for nearly a month, ever since the government ordered a complete halt to oil production in Africa’s newest country, also one of Africa’s poorest. It is effectively a hunger strike on an international scale. But will it work? That depends on just how long South Sudan can stay hungry. By SIMON ALLISON.

The country of South Sudan was born just last year with few advantages. A poorly-educated population, traumatised after decades of fierce fighting. Almost nothing in the way of roads, hospitals, school and universities. And a belligerent, unfriendly neighbour up north is Sudan proper, hurting from the loss of vast swathes of lucrative land that it once owned. There was, however, one thing going in South Sudan’s favour. The country had oil, lots of it. Just about enough to provide the billions of dollars needed to kickstart a non-existent economy and build a new nation from scratch.

Only one problem. South Sudan’s a landlocked country. This wasn’t an issue prior to secession because Sudan as a whole has a lovely Indian Ocean coastline, and a well-equipped port. Pipelines took the oil from the south into the holds of the tankers waiting in Port Sudan. But now that the one country has become two, it’s not so easy. Those pipelines remain the only way to get oil out of South Sudan in any significant quantity, but they go through land controlled by Khartoum – and Khartoum isn’t making it easy for the new government in Juba to use them.

The sticking point is the transit fee that Khartoum is demanding. For every barrel of oil that goes through its pipes, it wants to be paid $36 – roughly a quarter of what a barrel of oil is going for at current prices. Juba, at the other extreme, is offering $1 per barrel. Neither country is that keen on (or particularly good at) negotiation.

Matters came to a head in January, when Juba accused Khartoum of stealing nearly a billion dollars worth of its oil – taking it directly from the pipelines, through which oil had continued to flow while negotiators sporadically negotiated. Khartoum said this wasn’t theft, it was just appropriating what Juba owed in unpaid transit fees.

Juba’s response was drastic, and unexpected. They turned off the taps. Completely. Ordered a total shutdown of all oil production in the Republic of South Sudan, giving companies two weeks to comply. And not a barrel has been extracted since then.

It’s worth taking a second to register just how momentous this decision is. Yes, it will hurt the regime in Khartoum, but they’ve got other options. The government there has enough oil itself to meet domestic consumption, has some other industrial capacity and has just secured a debt-postponement package from the Chinese government. They’d like the money they get from transit fees, but they don’t need it. The budget of South Sudan, on the other hand, is generated almost entirely by oil revenue. Stop that, and the budget pretty much disappears, aside from what the government receives from donors.

The impact is already being felt as budgets of all government departments have been summarily halved (with the exceptions of security, health, education and infrastructure). Oil, after all, accounts for 98% of government revenue that doesn’t come from aid money. But Juba is standing firm. Talks on the sidelines of the African Union summit in Addis Ababa failed to yield a solution, because South Sudan feels like it can wait it out until it finds a way to sell its oil that doesn’t involve Sudan – or until Sudan caves and drops its transit fee demands.

Specifically, South Sudan is waiting for the construction of a new pipeline, probably to the Kenyan port city of Lamu (which is due for a hefty upgrade). This will take 11 months to build, according to a memorandum of understanding signed between South Sudan and Kenya, although this is a hopelessly optimistic target given the difficulty of the terrain (much of the proposed pipeline runs through Kenyan bandit country) and the simple fact that the contract to build it has yet to be awarded. More disturbing are some analysts’ conclusion that as a result of over-pumping, there isn’t enough oil left in the south to justify the cost of a new pipeline. Presumably it’s these calculations that have prevented construction on a pipeline commencing.

Until a new pipeline is completed, South Sudan has effectively embarked on a national hunger strike. If Ghandi were to have practised diplomacy, this is what he might have advocated they do. Instead of fighting for what they want – a fight they would almost definitely lose given Khartoum’s military superiority – South Sudan is experimenting in passive resistance, in depriving itself to draw attention to the wrongs being visited upon it by the regime to its north. It is a novel approach in a region, where violence is often used as first resort, and might just work. Provided they can maintain it, the halt on oil production will either force Khartoum to substantially reduce their transit fee demands, or allow Juba to ignore Khartoum until a new pipeline is built that Khartoum has no control over.

But that’s the big question: how long can it be maintained? South Sudan’s citizens, having waited for decades for independence, might be prepared to live for a couple more years in a straitened economic climate. So far, the oil shutdown has popular support from a population looking to establish their dignity on the international stage. On the other hand, at some point once the novelty has worn off, they might feel they deserve to taste the fruits of independence, which surely includes a government capable of providing basic services – services that require money. The deputy finance minister Marial Awou Yol has said that they’ve got seven months to a year’s worth of foreign reserves to see them through, but even this won’t be enough: “Cutting down oil production has left a very big gap in the budget which has to be financed from outside, or borrowing from inside,” he said.

Will donors come to the rescue? Already international development aid provides almost all of South Sudan’s budget that is not oil-related; western donors may well consider upping this aid – a worthwhile investment as it would simultaneously hurt Khartoum while supporting the much more internationally acceptable government in Juba.

The Chinese, on the other hand, will be less amenable to assisting South Sudan. Chinese companies have been accused by the South Sudanese government of aiding Khartoum’s appropriation of the oil, and the head of Petrodar, a Chinese-Malaysian consortium that is the largest oil player in South Sudan, was expelled from the country for his alleged involvement. So far, China’s diplomats have urged calm and dialogue – qualities in short supply on either side of the Sudanese divide.

And so the waiting game begins. Something has to give, eventually; either South Sudan will run out of money and be forced to resume pumping, or the north will relent and drop its transit demands. Until then, those South Sudanese oil fields will remain quiet, and South Sudan’s coffers will remain starved of the money the country needs to build itself. DM