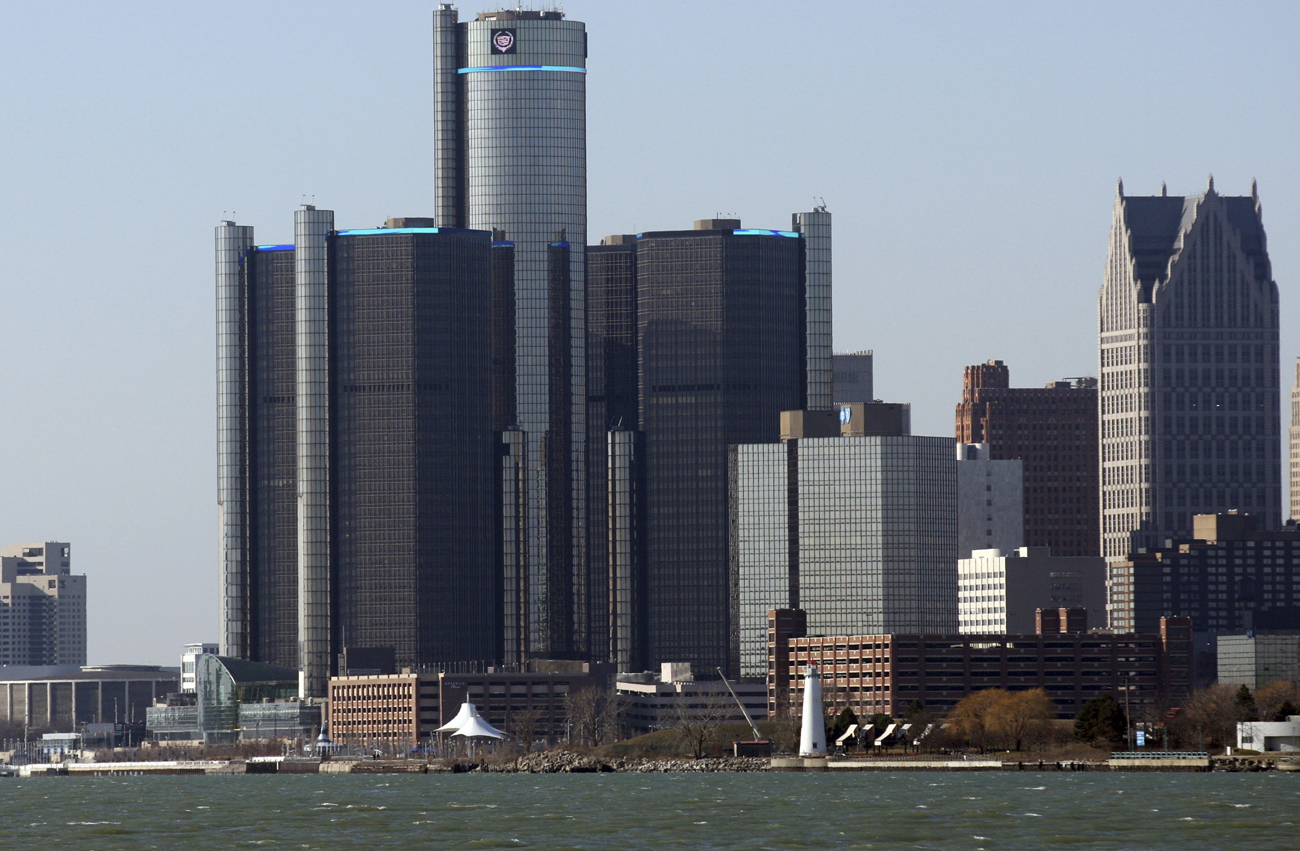 This week saw a landmark decision handed down by a New York court: the ratification of a settlement between apartheid claimants and the bankrupt General Motors Corporation. By settling, GM effectively acknowledged its role in aiding and abetting the apartheid regime in South Africa. REBECCA DAVIS examines this complicated case.

It has been a long road for the Khulumani Support Group, which first launched its apartheid reparations lawsuit in New York in 2002. The group is seeking to sue corporations for the role they played in setting up and maintaining the apartheid regime. Such corporations, the group believes, should pay reparations to the victims of apartheid. One of the inspirations here is the lawsuits brought on behalf of Holocaust survivors against corporations which enabled the Holocaust to occur. French rail company SNFC, for instance, is accused of having transported 76,000 Jews to their death during World War II, and has since faced years of litigation, still ongoing.

Khulumani initially sought to sue 23 multi-national corporations: oil companies, banks and technology-providers. In the years since the litigation began, however, they have dropped the cases against oil companies and banks. This is because the court ruled that oil companies and banks provided normal services during the years of apartheid as well as specifically propping up the regime. In the case of the five remaining companies, however – GM, Ford Motor Company, IBM, Daimler and Rheinmetall – Khulumani charges that they had exclusive contracts to provide services which created the infrastructure of apartheid. In the case of IBM, for instance, it is alleged that the computer giant provided the necessary technology to allow the implementation of the Pass Laws. The motor companies are accused of having provided customised vehicles for the security forces to use in townships to stifle resistance.

Khulumani brought the case in New York partly for symbolic reasons – its status as the home of the UN, for instance – and partly because legislation in this kind of area of corporate accountability is more advanced in the US than in South Africa. They were able to bring their case under a US statute called the Alien Tort Claims Act (ATCA), which allows for civil actions brought by foreigners to be heard in the USA. The act is controversial and has been repeatedly challenged. On Tuesday an opinion piece in the Wall Street Journal expressed some of the criticisms levelled against the act: for instance, that there is no basis for international corporate liability in customary international law (the law between nations). US courthouse doors should not be open, the piece claimed, “to international disputes in which the US itself may have little if any interest and/or which are more appropriately dealt with at the diplomatic level”.

This week there is a case being heard by the US Supreme Court which may be critical to whether corporations will be allowed to be sued for human rights abuses, and therefore critical to whether Khulumani can proceed with further litigation. Kiobel v. Royal Dutch Petroleum Co. was brought by 12 Nigerians from the Ogoni region who allege that Shell was complicit in the Nigerian government’s 1994 crackdown on opposition from the Ogoni people to oil exploration in the area. Central to the case is the notion of whether corporations can be considered as “persons”. Writing in support of the plaintiffs in the Guardian, Peter Weiss suggested it would not be right to “have a situation where corporations are ‘persons’ for the purpose of making unlimited contributions to political campaigns, but not for the purpose of being held to account for human rights violations”.

It’s predictable that corporations would be opposed to Khulumani-style litigation, but less so that opposition to the group’s lawsuit would have come from the South African government – more specifically, the presidency. But this was the case in 2003, when Thabo Mbeki publically opposed the lawsuit. Mbeki stated that the litigation interfered with the “sovereign right to determine, according to internal political and constitutional order, how best to address Apartheid’s legacy”. Shortly thereafter, erstwhile justice minister Penuell Maduna filed a declaration with the US District Court saying that the case should not be heard because it had the potential to discourage foreign investment in South Africa.

Under the presidency of Jacob Zuma, however, the government’s approach to the case has been more favourable. In September 2009, justice minister Jeff Radebe wrote to the US court expressing government support for the case to be heard. However, it seemed to imply that it would be the government’s preference for the plaintiffs and corporations to reach a mediated settlement – in fact, Radebe offered to serve as mediator, an idea rejected by the corporations.

Why would the ANC government have a lukewarm, or actively hostile, response to a lawsuit seeking to make international corporates pay for their roles in apartheid? Undoubtedly part of it is the much-vaunted foreign investment concerns, and in Mbeki’s case, his typical distrust of anything with a hint of neo-imperialism. But it also seems possible that part of the issue is that the Khulumani case, by virtue of its very existence, suggests that the work done by the Truth and Reconciliation Commission might not have been adequate, and that the rehabilitation of apartheid’s victims remains incomplete. “I think there is deep denialism in the country around the issue of reparations for gross human rights violations,” Khulumani director Marjorie Jobson told the Daily Maverick.

When it came to financial reparations, a one-off payment of R30,000 was awarded to around 22,000 apartheid victims. Announcing this in 2003, Mbeki said: “We are convinced that to the millions who spared neither life nor limb in struggle there is no bigger prize than freedom itself”. But Khulumani maintains that it has collected records of at least 65,000 people who suffered “gross human rights violations” under apartheid. The group’s proposal is that a grant of R120,000 should be paid to such individuals in stipends of R2,000 a month over six years. These reparations, the group believes, would not only allow for the economic rehabilitation of the victims but are also a necessary, indeed crucial, step with regards to a national coming-to-terms with apartheid’s legacy.

Jobson cited to the Daily Maverick a paper given by Australian academic Sarah Maddison at Wiser last week, where the author discussed the need for reparations in an Australian context and concluded: “For as long as reparations are not made to Aboriginal and Torres Strait Islander people dispossessed of their land and separated from their families, the bonds of solidarity with the perpetrators of historical injustices are maintained”. This is the kind of thinking that informs the Khulumani project.

The issue of national reparations is a separate and larger one to that of the lawsuits against the multinational corporations, however. The GM settlement this week is important partly because it was a voluntary engagement on the part of the company, according to Jobson. While GM was not required by the court to admit liability, the payment of damages amounts to a tacit acknowledgement of responsibility. The settlement is to the tune of $1,5-million in shares in the new GM, when it emerges from bankruptcy – not a lot of money, but Jobson sees the settlement as symbolically important as much as anything else.

The case has a total of 25 plaintiffs, half of whom were originally involved in a separate case brought by lawyer Dumisa Ntsebeza, but the courts merged the two cases. The plaintiffs were originally intended to be lead claimants on behalf of what would become a class-action lawsuit, but the US District Court threw out the idea of a class action. The plaintiffs will receive a relatively small sum of money each, and the rest will go towards a trust towards wider reparations and the foundation of an enterprise programme.

One of the plaintiffs was poet Dennis Brutus before his death. A further two plaintiffs have died during the time it has taken to reach the settlement, and Jobson says a number of the remaining plaintiffs are frail. This is a major factor as to why Khulumani is urging the four remaining companies being sued – Ford Motor Company, IBM, Daimler and Rheinmetall – to follow GM’s example and also settle, because of the time that has already elapsed in court. It remains to be seen whether the four other corporations will follow suit – and the outcome of the Nigerian case being heard by the US Supreme Court this week may determine whether future corporations will be able to be sued in the US at all. DM

How to get agriculture growing after Covid-19