An Israeli attack on Iran: 'if' moves closer to 'when'

An Israeli attack on Iran: ‘if’ moves closer to ‘when’ 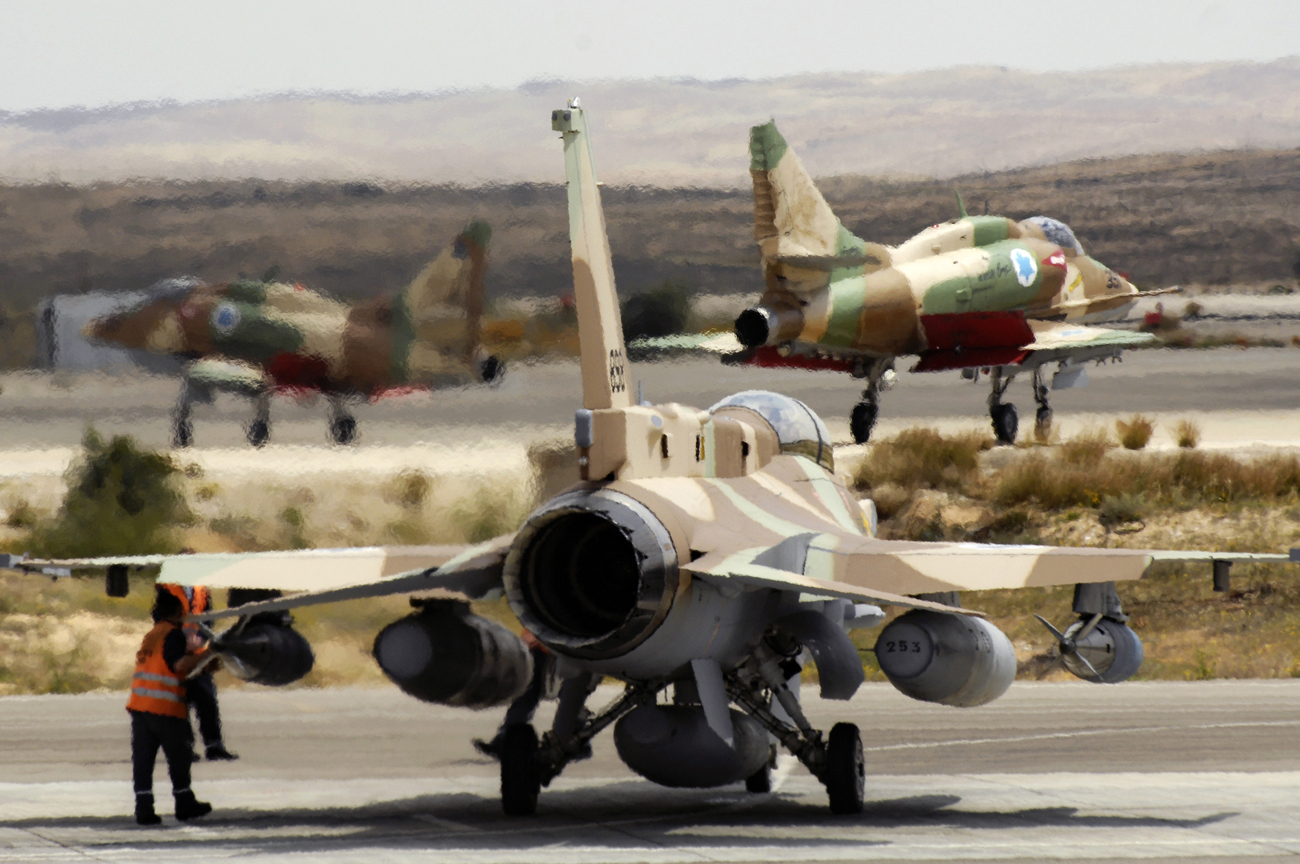 In Washington next week, Israeli prime minister Benyamin Netanyahu is scheduled to sit down with Barack Obama to hammer out an agreement on the response to Iran’s nuclear program. But sources within both administrations are saying no agreement is likely to be reached, and the world’s leading newspaper brand is now reporting on war game scenarios. By KEVIN BLOOM.

Next week, when Israeli prime minister Benyamin Netanyahu meets Barack Obama in Washington, the most important item on the agenda will be Iran’s nuclear program: Netanyahu, according to Israeli sources, will urge Obama to publicly back an attack on Iran; and Obama, according to US sources, will urge Netanyahu to publicly back down. If a middle ground is not found and the so-called “allies” fail to portray a united front, the hand of Iran will be immeasurably strengthened. Meaning, the world is facing a three-way stand-off in the Middle East, with the smart odds favouring the hardliners. Here, unfortunately, is how it appears to work.

In the Israeli corner, as the Daily Maverick noted on 19 February, we have a head of state who casts himself in the mould of Winston Churchill on the eve of World War Two. Netanyahu, a Zionist who believes that the Jewish people can only find safety in their own homeland, sees Mahmoud Ahmadinejad as a modern-day Hitler who at the first opportunity will visit on the Jews another Holocaust. Israeli intelligence tells Netanyahu that Iranian nuclear capability is now so advanced that Ahmadinejad will have a bomb within the year, and like Churchill, he will fight to ensure that his country is not wiped off the map. But like Churchill needed Roosevelt, Netanyahu needs Obama’s support.

Still, there is a major difference between those days and these – not only has Netanyahu refused to give an inch on Israel’s “colonies” (as Churchill relinquished Great Britain’s in exchange for Roosevelt’s military assistance), he has shown so little faith in the Obama administration that he has dug his claws deep into the nest of US partisan politics.

As Ha’aretz noted on 29 February: “Billionaire casino magnate Sheldon Adelson, a close ally of Netanyahu’s, has contributed tens of millions of dollars to Republican candidate Newt Gingrich’s presidential campaign – and this certainly has not helped to increase the trust between Obama and Netanyahu. Gingrich is expected to speak at the American Israel Public Affairs Committee (AIPAC) conference two days after Obama, and one day after Netanyahu. Like the rest of the Republican presidential candidates, Gingrich is expected to attack Obama and claim he is ‘weak on Iran’.”

How does the White House feel about this? The US administration is fuming, apparently, especially after Senator John McCain, who ran against Obama for president four years ago, spoke out following a recent meeting with Netanyahu. “There should be no daylight between America and Israel in our assessment of the [Iranian] threat,” said McCain. “Unfortunately there clearly is some.” The White House regarded this as another instance of Israel’s meddling in US internal affairs, with one senior US official, according to Ha’aretz, accusing McCain of repeating Netanyahu’s grievances like a parrot.

The talks scheduled for next week are therefore unlikely to close the “daylight” that currently exists between the two countries. Obama and the European Union remain in favour of a sanction policy against Iran, believing that if Israel joins them the “united front” will allow the West greater leverage in negotiations. Nevertheless, although the White House proposed to Netanyahu’s office that a joint statement be released after the meeting between the two leaders, it has not as yet furnished the text. Question being, what would such a statement say?

That the United States has well developed contingency plans in the background is perhaps the strongest evidence that it half expects Israel to go ahead and attack. As the New York Times reported on 29 February, US official who have “assessed” the situation believe that a likely Iranian response to an Israeli offensive on their nuclear facilities would be a missile counter-attack against Israel, as well as “terrorist-style” attacks against US civilian and military targets off of US soil.

Stated the Times: “While a missile retaliation against Israel would be virtually certain, according to these assessments, Iran would also be likely to try to calibrate its response against American targets so as not to give the United States a rationale for taking military action that could permanently cripple Tehran’s nuclear program. ‘The Iranians have been pretty good masters of escalation control,’ said Gen. James E. Cartwright, now retired, who as the top officer at Strategic Command and as vice chairman of the Joint Chiefs of Staff participated in war games involving both deterrence and retaliation on potential adversaries like Iran.”

Israel, for its part, has stated that any missile counter-strikes launched by Iran in the short term would be “bearable,” the inference being – rather now, before these missiles have nuclear warheads, than in a year, when they do. Aside from the wishes of the Obama administration, what the Israeli government seems to be ignoring is twofold. First, the wishes of its own people: a recent poll has shown that only 19% of Israelis support a strike without US backing. Second, the effect a pre-emptive attack would have on global geo-politics: the official Chinese news agency Xinhua is currently reporting, contrary to reports out of Western media agencies last week, that Iran prefers “cooperation” with the West in the nuclear dispute.

As has been noted before, it’s a game of brinkmanship that, if not played correctly, could draw the world’s most powerful nations into economic and political turmoil that makes 2008 and the Arab Spring pale by comparison. DM

Photo: Israeli air force A-4 jets are seen in the background as personnel prepare an F-16 fighter jet at Hatzerim air base, southern Israel. REUTERS/Amir Cohen.