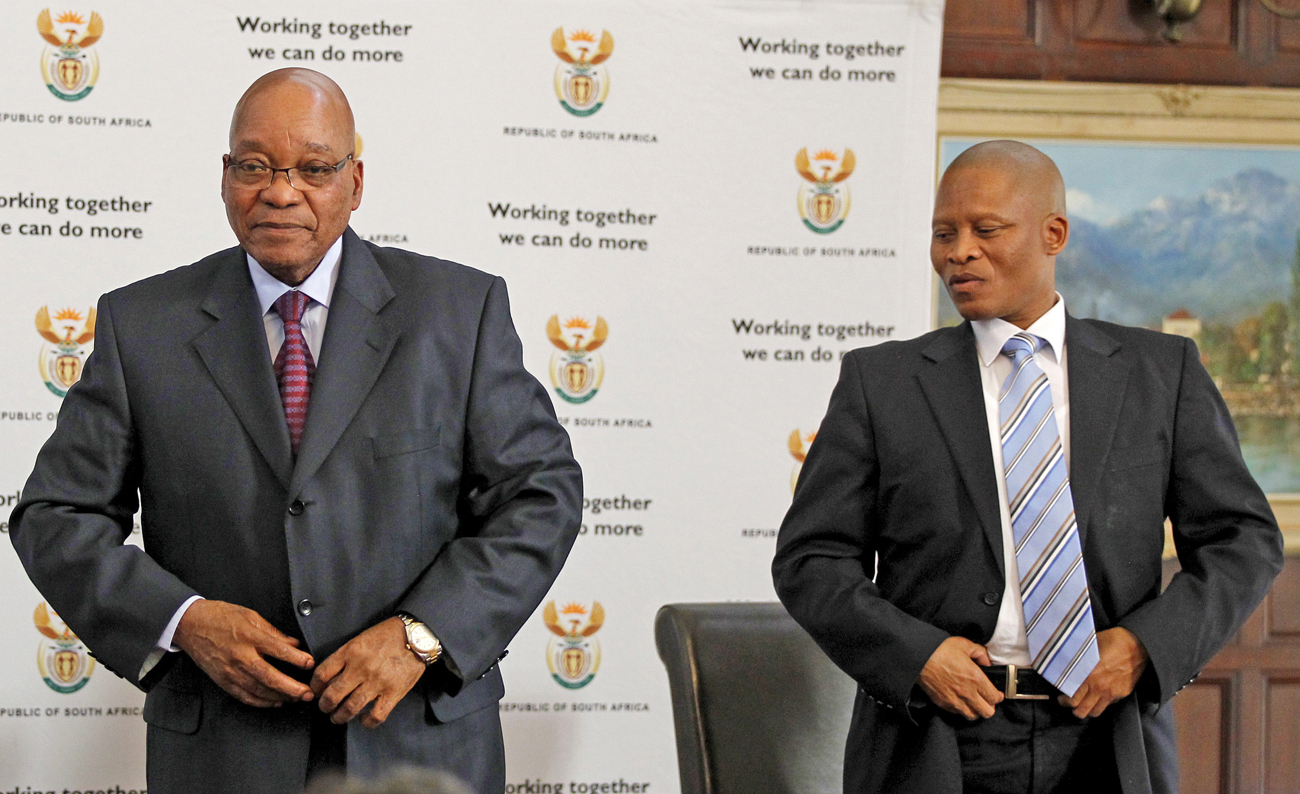 At long last, government has published its discussion document about the future and transformation of the judiciary. It comes alongside some documents outlining a review of the judgments of the Constitutional Court. The discussion document is a mere 48 pages in total. It's worth a read. But if you can't be bothered, STEPHEN GROOTES has read it for you.

This document really carries an echo of ANC discussion documents. There’s some of the slightly imprecise phrasing, the care to not stake too much of an opinion, the subtle choosing of which facts to include, which controversies to mention and which to leave out. But to the credit of this document, and most ANC documents I’ve read, it does include almost all the relevant facts and issues that need to be dealt with. From a sheer getting-everything-into-one-document point of view, it’s commendable. It’s also much better written than most documents. Someone very good and very expensive has spent much time getting it right.

That said, it’s certainly not perfect. I know it sounds uncharitable, but please, a document like this is the playing field for a discussion vital to our future. Get the spelling and the grammar right.

Firstly, and most importantly, there really doesn’t seem to be any direct attack on the Constitutional Court. If it’s there, it’s very well hidden. There is much about what kind of law we should be practicing, and how there’s a strong yearning from the majority of South Africans (that claim seems to be missing a citation), but there’s no suggestion of limiting the court’s powers.

However, there is much about transforming the Judicial Service Commission. I have argued before that that is a body very much in the ANC’s hands, or certainly, through various means, within its control. There is also, it seems, a suggestion that there should be a “unified judiciary”. While there is no straight definition given to this concept, it seems to be looking at reorganising the way judges and magistrates relate to each other. This is something seriously worth considering. During apartheid, magistrates were civil servants, and while that has changed, there is still much to be done to ensure they’re given more space in which to move. However that could also lead to a merger of the Magistrates Commission, which appoints magistrates, and the JSC, which appoints judges (this is already being proposed in legislation before Parliament). Any changes here must be very closely watched. It could lead to more control going to the ANC in the appointment process.

There are many worthy words aimed at increasing access to justice in the document. Of course this is noble. Thankfully, to balance that out, almost every institution mentioned gets a suggestion that it should be better resourced. That of course, is absolutely true. That means the SA Law Reform Commission should be put on a better footing, the Constitutional Court itself should have more capacity, that sort of thing. It’s a very good idea – obviously the money will have to come from somewhere. But one of the side-effects of doing that will be to strengthen various voices within our legal fraternity. That will lead to better arguments, and louder voices. Good.

There are some nuts and bolts suggestions. For example there’s a suggestion that some court rules currently in force act as “impediments to justice”. There is certainly something to that. No doubt this will change, and hopefully without much fuss and bother.

Part of the real nub of this entire issue will come with the review of the decisions of the Constitutional Court. While the document admits this will lead to a national debate, it doesn’t give too much clarity. Part of the problem will be that there are very different levels to every judgment. For example, the Grootboom case, in which the court ruled that Irene Grootboom had a right to be provided with housing by government. It was a huge precedent, and a clarion call for the idea of positive rights (i.e. forcing government to give you something, such as food, water, education etc.). But Irene Grootboom died without a house. So it was a legal precedent, surely aimed at helping the poor. But on a practical level, many poor people still don’t have houses today. So was it a failure, or a success?

Incidentally, the legal firm who wrote this has already started their own review of these judgments. I say that because so many of them are quoted in this document. It’s the usual cunning plan. If you want to do something you know will be controversial, you quote the words of people respected by your opponents. For example there is plenty from Judge Kate O’Regan on the importance of judicial restraint. There’s also a quote from former Chief Justice Ismail Mohamed about how judges are “no more immune from vulnerability to abuse than legislative or executive power”, but without the check of the judiciary, and thus need to be more careful than anyone. (Here’s one for the legal nerds: that quote is taken from a speech Mohamed gave in 1998. Another part of that same speech was quoted by Judge Mohamed Navsa in last year’s Supreme Court of Appeal judgment, overturning President Jacob Zuma’s appointment of Menzi Simelane as National Prosecuting Authority boss).

There are some serious lamentations in the document about the “hysteria” of the debate on issues around the judiciary at the moment. Here, we have to go back a bit. Until Tuesday, the only information we had about the intent of these reviews was one interview given by Zuma, in which he said some dissenting judgments were more logical than majority judgments, and a newspaper article by deputy correctional services minister (and JSC member) Ngoako Ramathlodi. Those two incidents, taken together, were enough to create the “hysteria”. They certainly seemed to show the ANC had hegemonic tendencies. Hopefully the publication of this document will lance some of the emotion away from this.

We have to ask though. Zwelinzima Vavi is fond of saying that dictatorships “don’t arrive with parades and drum majorettes”. Certainly, those two incidents were “drums”. So if the real intent, the conspiracy, was to find a way to completely nobble the judiciary, the person running the ANC would have been absolutely furious on reading their newspaper. These would have given the game away. The fact there’s been complete silence on the matter from the ANC since then shows how importantly it’s seen. That said, in politics, when faced with conspiracy or cock-up, it’s often best to go with the latter. But not always. Both Ramathlodi and Zuma are not known for their control over what they say.

However, the DA appears to be convinced the real game here is not a full-frontal attack on judges, but rather to co-opt them, the idea being that there will be mechanisms created at which the executive and the judiciary get together to discuss issues of mutual concern. Sure, but there’s already communication between them now, it’s not like they never see each other. And there are plenty of ways for that kind of co-opting to happen without a formal mechanism.

In the final analysis, the real problem is that we still don’t know who is going to perform this review. The justice ministry says it will involve academic institutions. We don’t know which ones. Normally with processes like these, once you know the people actually doing it, you know how the process itself will end. So that will be the next chapter – of what will certainly turn out to be a long-running saga. DM