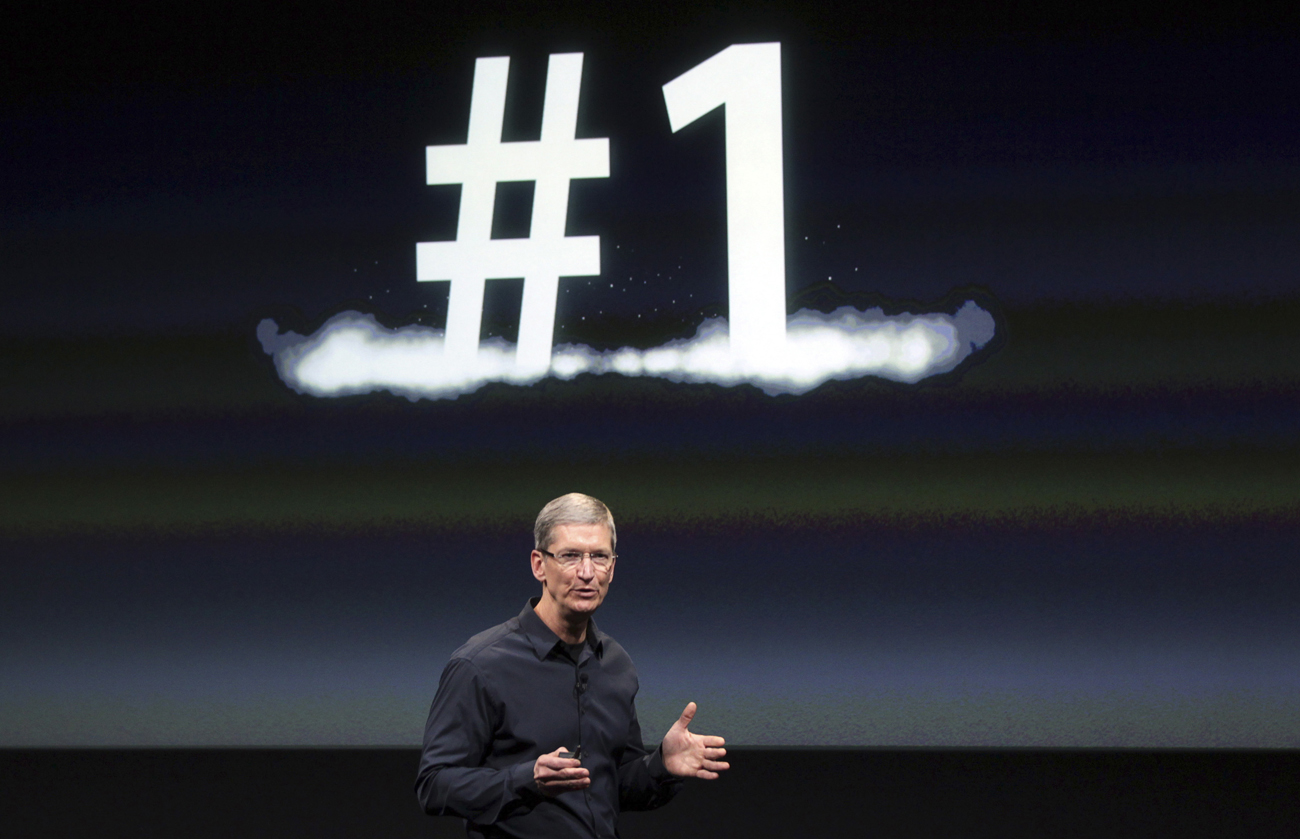 Following the death of Apple founder and re-inventor, Steve Jobs, sceptics have been quick to proclaim the imminent demise of the king of the hill technology company. Today, when the 25 billionth app is downloaded from the app store, the Cupertino-based behemoth can raise to a two-finger salute to those detractors. STYLI CHARALAMBOUS explains why.

As I write this, the app store counter is hurtling towards the 25-billion mark – faster than Lindsay Lohan grabbing at the stash of a prescription drugs party. Lets put that number into perspective for a second, more than three apps have been downloaded for every living person on the planet. Yet so much has been made of the end of the Steve Jobs era at Apple, that one could be forgiven for believing the anti-hype that Apple’s reign as the largest company in the world would be short-lived. Each time rumours of Jobs’ death made their way into the financial papers and blogs, the share price of Apple would drop several percentage points, indicating just how much value the market placed on his influence and just how closely the fortunes of Jobs and Apple were linked.

So when the fateful day of his passing came on 5 October 2011, the market reacted with an immediate 7% haircut of the value of Apple, before recovering to once again, displace Exxon Mobil as the company with the largest market cap in the world, some $500-billion and change. Since then the market has tried its best to retard the steady onward march of Apple’s share price with temporary setbacks on the slightest bit of off-colour news, only for the stampede towards a $500 share price to resume as investors jumped on the buying opportunity.

With the iPad becoming the fastest selling computer gadget of all time, revenues for the year ending September 2011 came in at a startling $108-billion, a paltry increase of 66% that almost doubled the prior year’s gross profit of $25-billion and made its balance sheet the envy of many European countries.

The risk is, of course, whether the homerun machine can continue to knock new iProducts out the park like it did when Jobs’ iron fist and reality distortion field ruled the Apple roost. By all accounts, the iProduct conveyor belt will likely bear the markings of Jobs for years to come, as product designs and new product ideas are mapped out years in advance. Reading Walter Isaacson’s biography of Jobs, two facets of the enigmatic prodigy’s life stood out for me.

Whilst consuming the tales of Jobs’ follies in drugs and business, I came to the realisation that he was a complete looney, whose asshole-ness knew no bounds. The kind of creative genius with arrogance that obliterated his social interaction gene, assuming he was ever born with one. How he was never diagnosed as bi-polar is amystery to me. But it was the other notable feature of his life story that is likely ensure the continued dominance of Apple.  Upon his return to Apple, Jobs made sure to only surround himself with what he called “A-team” players. And with that team of design and engineering superstars, he built a culture of excellence and thinking that will undoubtedly still permeate the walls of Apple and more importantly, continue the production march of record-breaking iProducts.

Whether his design and visionary legacy will live on at Apple is, however, debatable. Insiders will point to how the fortunes of a company, once so close to bankruptcy, were turned around solely because of the efforts and visionary greatness of a single man. While others will recount the allegations of a myriad of stolen ideas and patents as proof that Apple was no one-man show, a sentiment that most market analysts seem to share. Even at a record-high current price of $525, polled analysts still expect the stock to continue its northward bound direction, with “Buy” or  “Outperform” ratings littering recommendations for stock still priced at a 15 P/E.

New product launches aside, it’s the magical walled garden of iTunes and its App Store that’s convinced me Apple will continue to rewrite financial record books. Launched on 10 July 2008 as an update to iTunes, the App Store was released one day before the iPhone 3G hit stores across the globe. During those humble early beginnings, the App Store boasted only 500 approved apps that took just three days to record the first 10-million app downloads. It took less than a year to reach 1-billion downloads, and less than four years after launch is now sitting with over 500,000 apps that have crossed the 25-billion download mark. Using the same rate of growth, the store is set to register its 50 billionth download within the next year.

While Android fans point to the rapid rise in app downloads on that platform, with a great deal many more devices capable of running the Google-owned operating system, it still generates only 17% of Apple’s app revenue as the majority of its apps are distributed free, versus 28% of Apple’s that are free. But what does this all mean in monetary terms for the Goliath of start-to-end computing?

Since launching, App Store sales have generated more than $5-billion in revenue of which Apple has kept its 30% “tax” for sales concluded through the platform. Similarly, the iTunes music stores notched up its 10 billionth sale in 2010, while the video store had recorded hundreds of millions of movies and television shows sold via the store. The numbers are quite simply mindboggling and you’ll probably need an app just to add them all up.

Whilst the hardware side of the business generates a healthy 40% gross profit margin on sales, the cost of research and development and getting the products to market, shaves another 10% of the profit margin for items that can only be sold during office hours. iTunes music, video and television shows along with the raging App Store market, merely require the cost of upkeep and approval teams to keep adding new products to the mix. Performers, movie studios and app developers spend the R&D and production costs to get the products to market, while Apple accountants sit back and make one-armed bandit “cha-ching” motions at the company water cooler.

Detailed financial info of the app, music and video sales are hard to come by, but some back of a cigarette box calculations make for interesting permutations. If song downloads continue at the current rate of 20-million per day, and apps splurge onto our iOS devices at 120-million per day (or roughly 1,000 per second), the two alone would generate more than $8-billion dollars in profit for Apple. All this with no ioffnventory holding costs, no Chinese sweat shops to scrutinise and a storefront open 24 hours per day, every day.

And while more and more apps and songs are added to their respective stores each day, new products are being added to each store that will continue boost sales. Just as video was added to the music store, print media titles have started migrating to the App Store that will soon claim the majority of premium print title subscribers.

Yes, Apple will have to continue making great devices to keep the user base growing and keep charging into untapped markets like Africa and Asia to do so. But the phenomenal growth rate in iTunes and App Store downloads will ensure the profitability graph mimics a tracer bullet trajectory for years to come. Even without the late Steve Jobs. DM