The end of state capitalism in China?

The end of state capitalism in China? 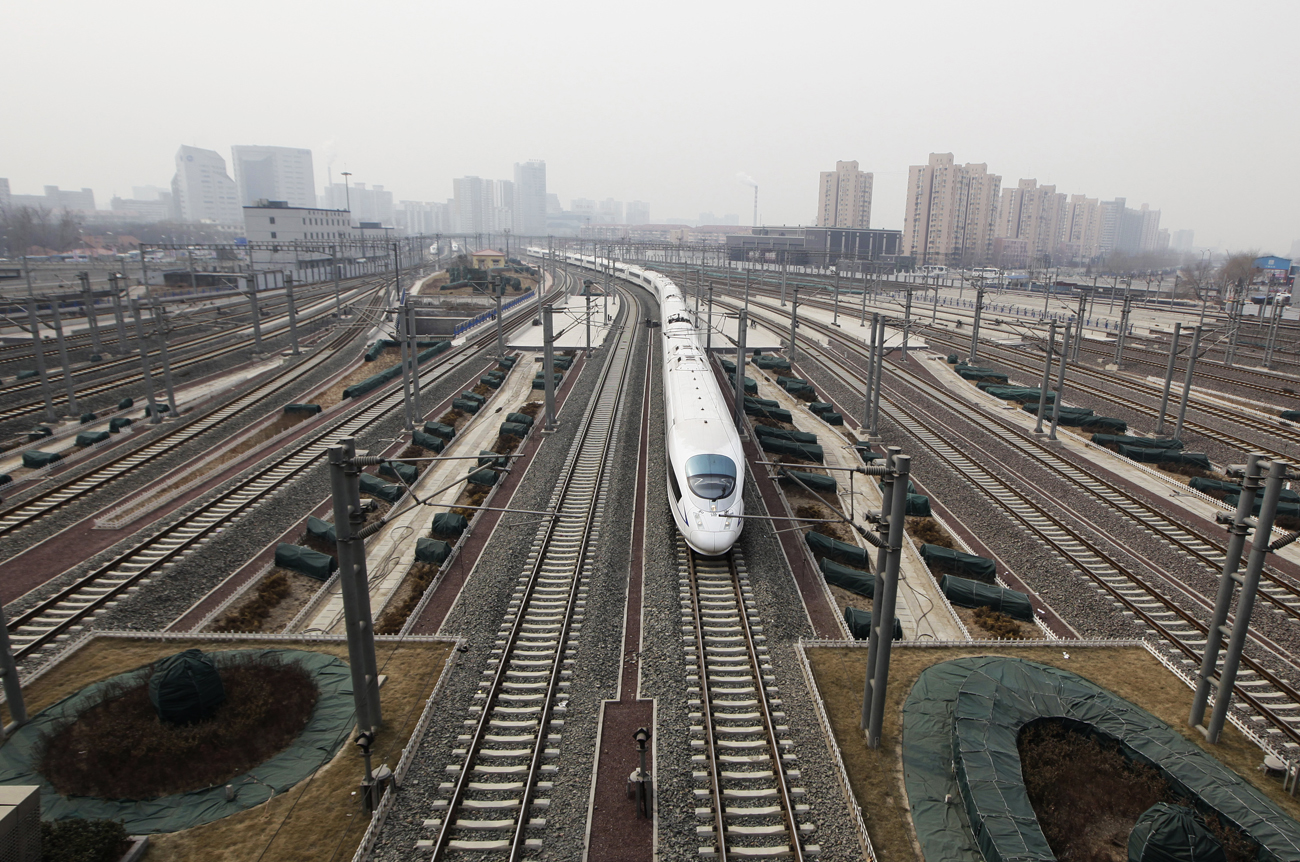 A report out of the World Bank on Monday called for China to scale back on the dominance of state-owned companies and complete the transition to an open market economy, or face potential collapse. The report apparently has the endorsement of Beijing’s most powerful leaders. But can it really be as simple as that? And what are the implications for South Africa, which has only recently begun to emulate the Chinese model? By KEVIN BLOOM.

Slightly over a month ago, The Economist ran a cover story that examined how and why state-backed companies – which account for 80% of the value of China’s stockmarket – are on the offensive. The feature, under the header The rise of state capitalism, noted that as recently as the 1990s most state-owned companies were “little more than government departments in emerging markets,” and that the strategy back then was to either close or privatise them as the economies in these markets matured.

However, continued the report, “[with] the West in a funk and emerging markets flourishing, the Chinese no longer see state-directed firms as a way-station on the road to liberal capitalism; rather, they see it as a sustainable model. They think they have redesigned capitalism to make it work better, and a growing number of emerging-world leaders agree with them. The Brazilian government, which embraced privatisation in the 1990s, is now interfering with the likes of Vale and Petrobras, and compelling smaller companies to merge to form national champions. South Africa is also flirting with the model.”

The budget speech given by South Africa’s finance minister Pravin Gordhan last week, which listed 43 major infrastructure projects with a combined cost of R3.2-trillion, provided compelling evidence that this “flirting” had stopped – President Jacob Zuma’s government (as the Mail & Guardian also observed at the time of the State of the Nation address) is now openly embracing the Chinese model. Which is interesting timing, because aside from The Economist’s in-depth analysis of state capitalism’s pitfalls, a World Bank report has just been released that calls for China to scale back heavily on the dominance of state companies and to promote free markets. According to World Bank president Robert Zoellick, work on the project has been endorsed by President Hu Jintao, Vice President Xi Jinping (the man expected to replace Hu), and Vice Premier Li Keqiang, a top economic official, who apparently gave his “unwavering commitment.”

The 468-page report, released on Monday 27 February and entitled China 2030: Building a Modern, Harmonious, and Creative High-Income Society, recommends six steps to deal with the risks facing China over the next 20 years, including “the risk of a hard landing in the short term, as well as challenges posed by an ageing and shrinking workforce, rising inequality, environmental stresses, and external imbalances.”

The following, as outlined by the World Bank, are the six strategic steps:

Commenting on these steps, a short op-ed in Monday’s Wall Street Journal noted that beneath the report’s “sugar coating” were some surprisingly bitter statements, specifically the warning that, “Any sudden slowdown could unmask inefficiencies and contingent liabilities in banks, enterprises, and different levels of government – heretofore hidden under the veil of rapid growth – and could precipitate a fiscal and financial crisis.”

And here, perhaps, lies the source of Beijing’s reported buy-in. What The Economist seems to have gotten wrong, given that the report was co-authored with a Chinese Cabinet think tank – the State Council’s Development Research Centre – is that China still sees state-capitalism as a “sustainable model”. It doesn’t, if one chooses to take Zoellick at his word that the report has the endorsement of the most senior Chinese officials. Question is, can we take the World Bank president at his word?

Amongst others, the Financial Times urges caution, arguing that many analysts doubt whether China’s next crop of leaders will have the “power or inclination” to implement the report’s suggested changes. “Probably the most contentious suggestion,” it stated, “was the call for Beijing to redefine the role of government by pushing privatisation of state enterprises and making governance more responsive and inclusive.” The newspaper went on to note that “the main obstacle to the reform proposals would be opposition from vested interests, such as state enterprises that enjoy a monopoly in key markets or powerful companies and individuals with special privileges in the current power structure.”

As South Africa embarks on a new round of infrastructure spend, in the hope of emulating China’s prodigious growth over the last 30 years by placing state-owned enterprises at the core of the policy, local observers will be watching closely. The system has its limits, as both The Economist and the World Bank have this year noted. Moreover, the former ominously remarked, “state capitalism works well only when directed by a competent state. Many Asian countries have a strong mandarin culture; South Africa and Brazil do not.” DM

Photo: China has been advised to scale back on state-owned companies and finish the transition to an open market economy. REUTERS/Jason Lee.