Analysis: The Constitutional Court is the next cow to the abattoir 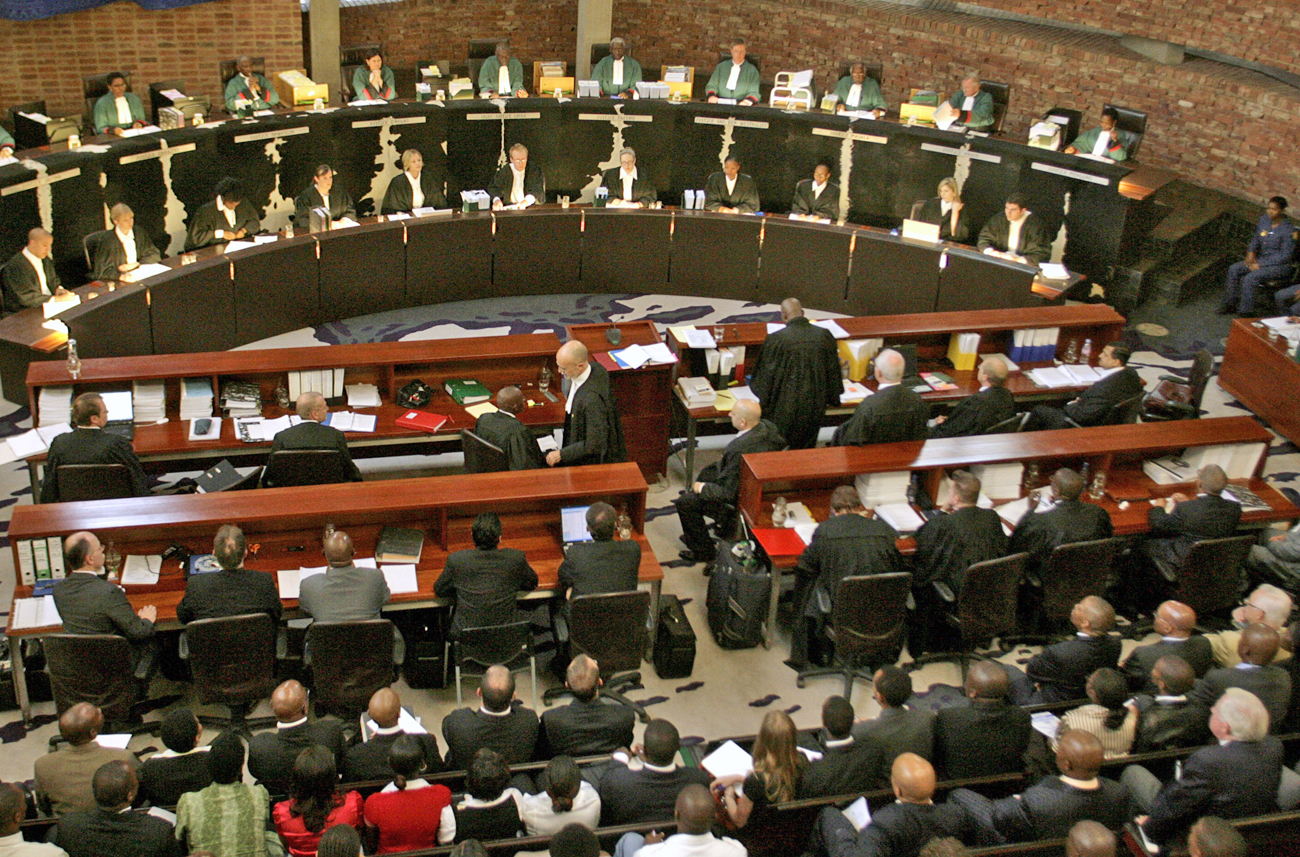 Government mouthpiece Jimmy Manyi last week made Cabinet’s chilling point of view on the matter clear: neither the Constitution nor the Constitutional Court will be treated as “sacred cows as this democracy goes forward”. That might be worth debate. But what is clear is that the reason for reviewing the judgements of the highest court in the land is not solely about assessing its impact on transformation. By OSIAME MOLEFE.

Justice and constitutional development minister Jeff Radebe will, at Tuesday’s twice-postponed media briefing, pick his words carefully when providing further details on the review of the impact of Constitutional Court judgements on South African society. And according to what Manyi said at a post-Cabinet briefing last week, Radebe will be accompanied by legal advisors to make sure he stays on the tightrope that Cabinet is walking in proposing the widely criticised review. Manyi, too, was careful with his words when gave the heads-up of Radebe’s briefing.

“We have an evolving democracy and we have a jurisprudence that continues to play its part in terms of court decisions. There are various impacts that the rulings have on society as we are democratising. All there is to it – there is nothing sinister – is Cabinet saying, ‘Let’s make an assessment of how this impacts society and how this impacts our democracy’,” Manyi said.

It will be an “objective” and “scientific” review, he added.

This makes it sound all rather benign, and the reactions to it may be seen as a tad alarmist. But the reason for the contemplation and cautious selection of words is that the review has not come to exist without context, and a very good reason.

ANC national executive member and deputy correctional services minister Ngoako Ramatlhodi last year argued in an op-ed for The Times newspaper that the adoption of the much-lauded Constitution, an apparently fatal concession by the ANC, had emptied power from the executive and the legislature, and vested it in civil society and the judiciary.

“The objective of protecting white economic interests, having been achieved with the adoption of the new Constitution, a grand and total strategy to entrench it for all times, was rolled out. In this regard, power was systematically taken out of the legislature and the executive to curtail efforts and initiatives aimed at inducing fundamental changes. In this way, elections would be regular rituals handing empty victories to the ruling party,” Ramatlhodi said.

Then in an interview with The Sowetan, ANC secretary general Gwede Mantashe, also a national executive member, reiterated the notion of elections being empty victories. He said those who did not earn the mandate of the electorate were using the courts to usurp the will of the people. Mantashe went on to say the courts at times acted like the opposition, suggesting that the party’s leaders are of the view that the courts, guided by a covert agenda, wilfully thwarted attempts at transforming society.

President Jacob Zuma, being no stranger to the courts, reignited the debate about the review’s intentions in an interview with The Star newspaper. He said, “How could you say that the judgment is absolutely correct when the judges themselves have different views about it? We don’t want to review the Constitutional Court; we want to review its powers.”

Zuma has since back-pedalled, arguing disingenuously last week that the review fell within the constitutionally enshrined powers of Parliament and was not intended to review the ConCourt’s powers.

Amid this sentiment, it becomes clear the ruling party has proposed the review out of a desire for greater power and arguing transformation has been the convenient way to get there. After all, the ANC national executive committee, not Parliament, is the legislative arm of government.

This all should be familiar, though. The same arguments – lack of transformation among its ranks, acting like the opposition and preserving the status quo – were used to justify the proposed media appeals tribunal and defend the potential for the Protection of State Information Bill to close down press freedom. The freedom of the press was also taken through the “no sacred cows” argument, resulting in a downgrade of press freedom in this country from free to partially free. The increases in assaults on the media have also been linked to anti-press sentiment emanating from the ANC.

But the need for a review of the Constitutional Court is an argument worthy of being debated, and calmly at that, even if the context of the comments by the ANC leadership point to the possibility of less than honourable intentions, as political analyst Eusebius McKaiser argues.

One thing, though, ought to be pointed out, as the DA’s shadow minister of justice and constitutional development Dene Smuts did. Only government can be assessed for policy outcomes, not the courts.

Such a thorough government-wide review of policy outcomes has not taken place because that would mean holding a critical light to what the ANC has done during the past 17 years with the mandate granted to it by the electorate. Instead the media, civil society and, now, the courts are being used to deflect from the ruling party’s failures to deliver the better life for all it promised in 1994.

Science minister Naledi Pandor last week provided a glimmer of hope that this may have all been a big misunderstanding. She said the review would be of judgements relevant “to the executive and its exercise of power in terms of national and other legislation that has been [the] subject of rulings by the Constitutional Court.”

This, however, still does not address the most important question in this: when can we expect a Parliament-initiated objective and scientific review of the impact of government policy on South Africa society? DM

Photo: The Constitutional Court is up for review by South Africans. REUTERS/Siphiwe Sibeko.