Numsa and the SACP at opposite ends of early Mangaung s...

Numsa and the SACP at opposite ends of early Mangaung spectrum 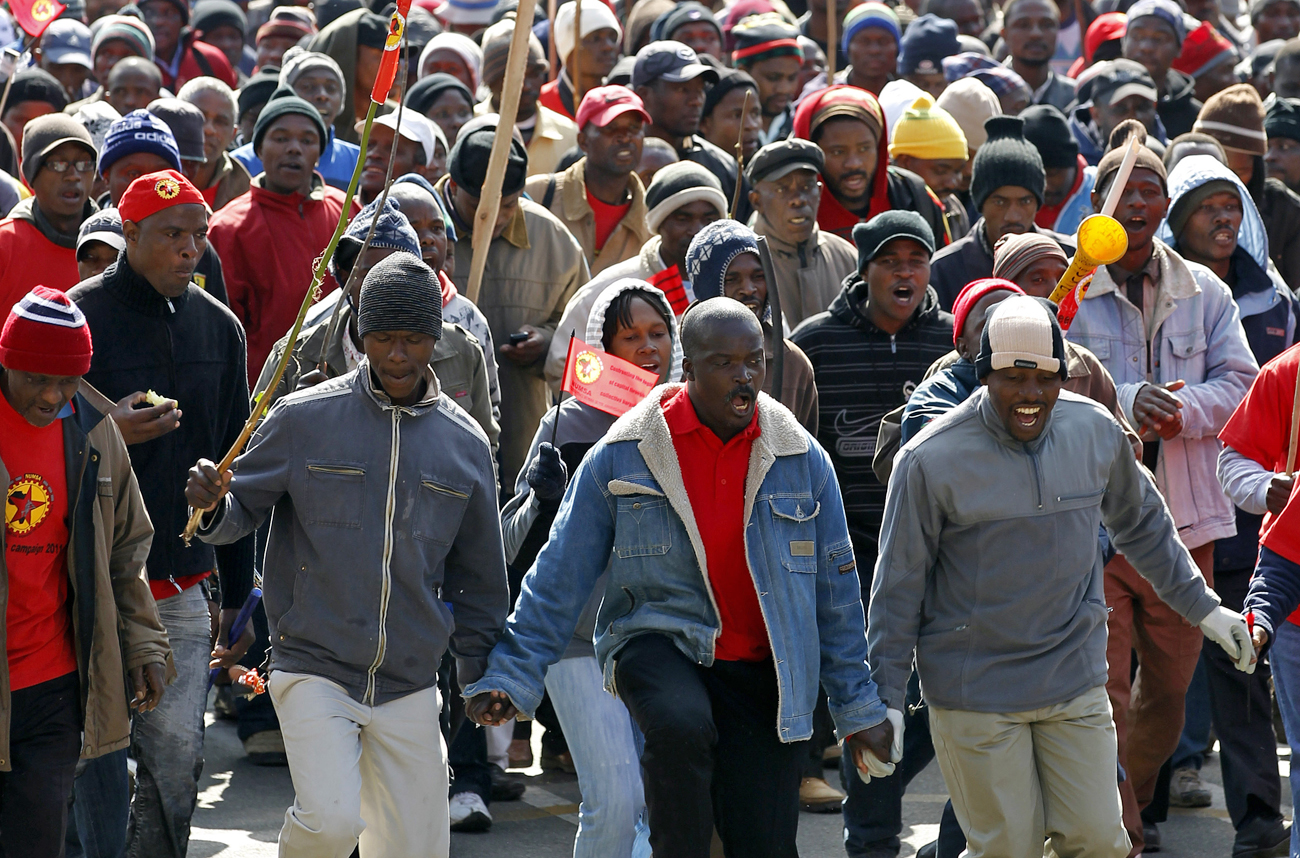 While most of the country's politico-rati were focussed on 1 Military and Milpark hospitals over the weekend, there were some very serious political rumblings within the "ruling" Alliance. While there will be various interpretations of what exactly happened, at one moment it looked like the National Union of Metalworkers of South Africa became the first organised formation to call for President Jacob Zuma and the rest of the ANC's leadership to be changed at Mangaung. By STEPHEN GROOTES.

It is not nearly that simple. And at the same time, the SACP was holding its central committee meeting. The red party finds it impossible at present to publicly condemn anything the ANC does. But it’s getting closer to that magic moment.

If unions were political personages, Numsa would be Cosatu’s Julius Malema. It believes, and has believed for a long time, in nationalisation, land expropriation without compensation and a review of the property clause in the Constitution. Before you get too worried, it’s “popular” nationalisation it wants, not “for elites”. In other words, it wants what you could call genuine-commanding-heights-of-the-economy-owned-by-we-the-people-nationalisation, rather than owned-by-me-Julius-Malema-nationalisation. It joined last year’s “economic freedom” march, in a move that seemed to almost split Cosatu down the middle.

So it’s no surprise that it wants a change in the leadership of the ANC. The real question is to what extent. It was the union’s deputy general-secretary Karl Cloete who was quoted by SABC radio news on Saturday that “They have not been able to drive the implementation of the Polokwane resolutions and therefore we are very clear that we will, in our branches of the ANC, make sure that this current ANC NEC does not return”.  It was not entirely unexpected, but wasn’t predictable either. Numsa had just listened to a two-hour long lecture by President Jacob Zuma, who did his best to explain how “I am a worker”, and that union leaders should be in the ANC’s NEC. It was Zuma going a-courting. Unsuccessfully it would seem.

The ANC didn’t muck about with the response; its spokesman Jackson Mthembu put out the tired old “don’t interfere in our processes, we don’t interfere with yours” line. That’s interesting in itself. Often, the ANC will not just go on media reports, they’ll check with the union or organisation, or look for the statement, before commenting. While Saturday would have been a busy day for Mthembu (he had the Nelson Mandela story to deal with), it’s unlikely he would have attacked another organisation without checking first. It would seem that this response is an indication of some seriously hurt feelings.

There is plenty of precedent for this, it’s happened before. The Alliance, being what it is, is full of organisations that jostle for power and influence inside the ANC. It’s how it works. Sometimes the jostling gets a little out of hand, and this is the result.

But it was still interesting to see how quickly Numsa general-secretary Irvin Jim tried to dial it all back on Sunday, saying the context to Cloete’s statement was that they are unhappy with the ANC’s current policies, but that they had not taken any vote of confidence in Zuma and other ANC’s leaders. Rather, they were going to use the party’s democratic processes in the run-up to Mangaung to ensure that those leaders who push for the interests of the workers are “injected” into the party’s structures. In other words, yes, we want change, no we’re not dissing you by saying it.

Enter, stage left, the SACP (something would have to go very wrong for it to ever enter stage right – Ed). It’s not on the same page as Numsa. Its central committee feels things are just fine and dandy. Unfortunately, that’s not a phrase you find in Marxist terminology (come on Jeremy Cronin, you used “polemical spice” once, surely you can use “fine and dandy”). Instead, you have a reverberation of Zwelinzima Vavi and Cosatu’s “defending the gains made at Polokwane”. Which is code for “keeping Zuma in”. The SACP said over the weekend it believes the poor and working classes have made “huge gains” in policy, and there is no longer a focus on making life good for business.

Of course, you’re not going to get a neutral and objective view from anyone, including us proud capitalists, on whether there has been much change, or enough change, or even radical change, since that wet December in 2007. What this really shows us is that for the SACP, it is still Zuma or death, while Numsa is actually pushing for change. To borrow from Aubrey Matshiqi, it really does seem the SACP, and perhaps Blade Nzimande’s public protestations of support for Zuma, have backed the party into a corner from which it cannot escape. Because of decisions made at Polokwane, about Nzimande and others going into government, the party simply isn’t as critical of government decisions as it used to be, and perhaps, as it ought to be.

Which brings us nicely to that burning issue of governance with a dash of ideology on the side: toll roads. There’s no way around this you’d think, the tolling of Gauteng’s highways is bad news for workers, and the poor. For Numsa, it’s easy: they’re bad, evil, satanic (i.e. there’s private sector involvement) and must be stopped. For the SACP, this is a little harder. From an ideological point of view, surely they must oppose them completely. The party is the “vanguard of the working class”, and this is very much against the working class. But current political problems give them a headache. Should its central committee come out and condemn them whole-heartedly, the next press conference with its deputy general-secretary Jeremy Cronin is going to be interesting. He’s already gone out to bat for the toll roads, in his day job as deputy transport minister, and there’s no way he can dial this back now.

So instead of giving a view, the SACP wants an investigation. Not into the rights and wrongs necessarily, but rather into how it was that a provincial body was able to start a project that led to national government having to pay for it. Hmmm. We would like to think that investigation would really examine who made the decision, and when. Because it would have to, inevitably, put a rather bright spotlight on the real problem with this project: that there was no consultation before the construction work started. And hey, if they’re lucky, someone like Mbhazima Shilowa will get the blame, and they can certainly cope with that.

While this weekend is probably going to be remembered more for the Madiba health scare than anything else, its real lesson is that Numsa is getting cross and emboldened. And that the SACP is becoming more and more compliant. Both of these trends will have implications in near future. The real question is not whether they will change, but whether Numsa will have the gonads to really go for it. Or will they shout and jostle, but not really push? DM

Photo: Workers take part in a march in the city of Johannesburg July 4, 2011. REUTERS/Siphiwe Sibeko.