How voters’ right to know is bought and sold in SA 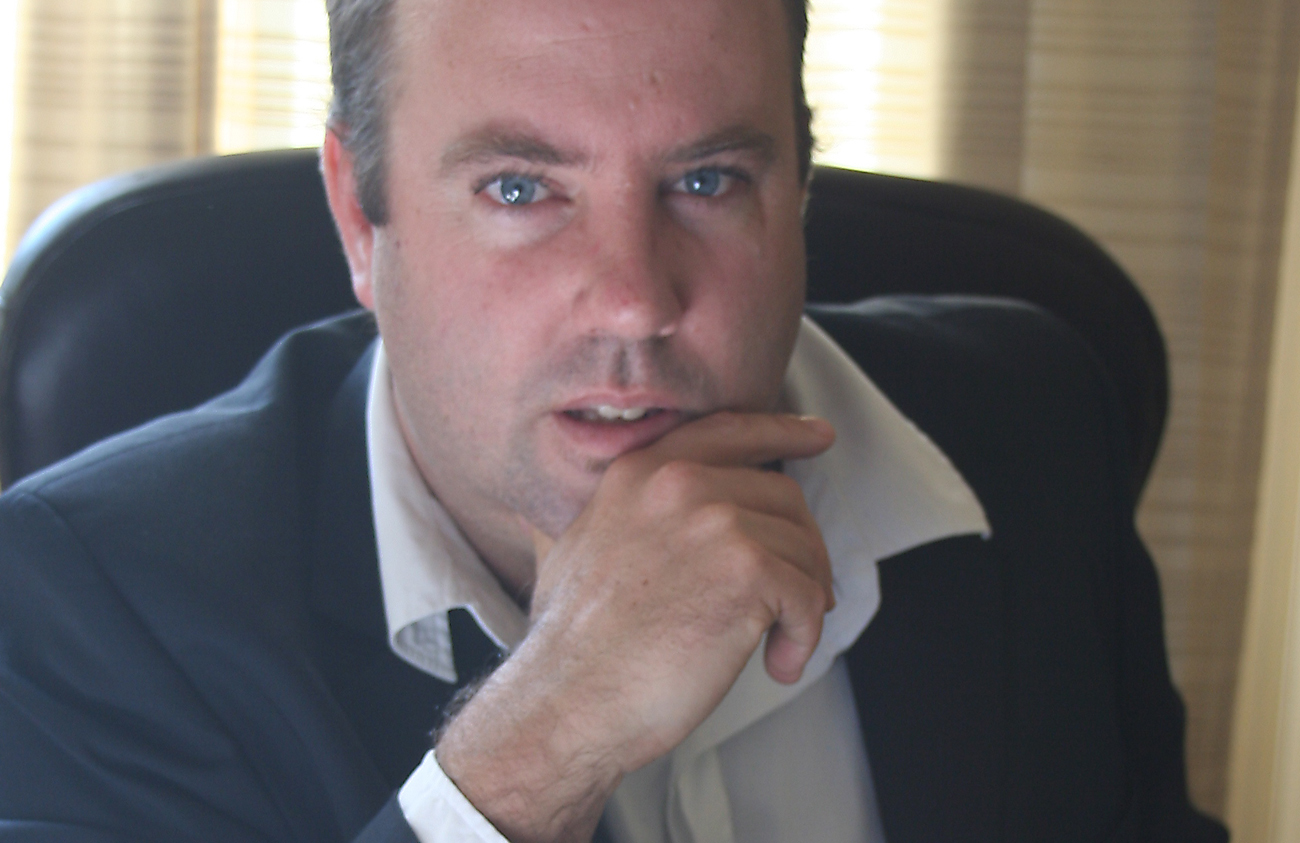 Amid the righteous handwringing by this country’s politicians over the private funding of political parties, one man has stood apart. ID MP Lance Greyling has been the lone ranger, unequivocal on an issue that has severely undermined the right to informed choices at the polls and to hold elected officials accountable. With Greyling’s last bid on the issue blocked, OSIAME MOLEFE caught up with him to hear what's next.

Independent Democrats chief whip Lance Greyling’s reason for waging a nearly decade-long campaign to regulate the private funding of political parties is simple. It is only logical to do so.

“This is a major gap in our democratic framework with which we are not dealing. If we are really going to be serious about fighting corruption, it’s pointless dealing with it after the fact,” the MP says.

Greyling sees a link between the country’s most significant corruption scandals, such as the “arms deal” and “oilgate” sagas, and the lack of regulation over private donations to political parties. While funding allocated to political parties from public funds is regulated under the Public Funding of Represented Political Parties Act, donations from private sources, including foreign governments, are not regulated at all.

As a result, foreign governments could theoretically have a say in how this country is run and conducts itself globally should they fork out enough to influence the party in government.

“Ghana, for example, doesn’t allow foreign governments to give money to political parties. It’s a good principle to avoid getting into a situation where your foreign policy gets influenced by these donations,” Greyling says.

“The overriding objective (of regulation) should be, firstly, to protect the integrity of our democracy by making sure that people with money can’t buy undue influence over our political process,” he adds.

Greyling gives the example of the Dalai Lama’s visa saga where it is believed China’s implicitly or even directly influenced the South African government’s refusal to grant a visa. Why? Well, China’s investment in and trade with South Africa is valued in the hundreds of billions of rands each year. With party-to-party relations between the Chinese Communist Party and the ANC strengthening every year, the possibility remains that it was the threat of the ANC losing a significant source of funding, not concerns over endangering investment flows to the country as a whole, that drove the visa decision.

Without regulation, South Africans remain in the dark, Greyling says. Other governments, including Gaddafi’s Libya and the dictatorial states of Equatorial Guinea and Angola, are also thought to have poured millions into the ANC’s R100-million election campaign in 2009. This hush money appears to have bought, among other things, South Africa’s silence on the human rights violations these regimes unleashed on their own citizens to maintain power.

Local funders, too, have been exploiting the lack of regulation to buy influence in political parties on both sides of the dominant divide. The Democratic Alliance, for which Greyling is now shadow minister for energy following the DA-ID alliance in 2010, was left red-faced after it emerged in 2002 that the party had accepted funds from German fugitive Jurgen Harksen. And in 2007, the estate of Brett Kebble forced the DA and several prominent ANC figures to repay the millions the slain businessman had donated to them. Greyling said at the time that it was unlikely for a donation in excess of R50,000 to come without strings attached.

These donations are just the ones that, for reasons beyond the control of the recipients, have become public. Both the ruling party and the official opposition, for different reasons, continue to keep their books close to their chest. The former, backed by a Cape high court ruling, says it is a private body with no obligation to disclose its sources of funding to the public. And the latter is concerned its donors, fearing being cut off from lucrative state contracts, would stop donating if they knew their names would be made public.

In 2010, Greyling wrote to World Bank president Robert Zoelick urging him to only grant the $3.8-billion loan Eskom had applied for on condition that the ANC disinvest from Hitachi Power Africa, which had been awarded the tender to build the Medupi and Kusile power stations. Despite ANC treasurer Mathews Phosa’s earlier promises, the ANC had not sold the 25% stake its secretive investment arm, Chancellor House, held in Hitachi. This created an obvious conflict of interest where the party that effectively awarded the R30-billion contract stood to reap as much as a R5-billion windfall from it with the World Bank’s help, Greyling argued.

Still, the Medupi and Kusile loan deal went ahead without the conditions. It now appears the Medupi project’s timeline could be delayed by a year due to poor performance by Hitachi, putting the country’s already shaky power supply under further threat.

Greyling warns that, because political parties’ funding is unregulated, there is a real risk of a significant portion of the recently announced R845-billion infrastructure build project could, through tenders awarded to companies in which Chancellor House has shares, end up in the ANC coffers. If these companies do not deliver on the projects (as Hitachi appears to be failing to do on the Medupi project), it could bankrupt the country, Greyling says.

Last week, he joined ANC secretary general Gwede Mantashe, the United Democratic Movement’s Bantu Holomisa and the Council for Advancement of the South African Constitution’s Sipho Pityana for a panel discussion on the issue hosted by Institute for Democracy in South Africa’s Judith February.

Pityana laid into Mantashe, saying it was wrong and unethical for the ANC to siphon off public funds by allowing Chancellor House to do business with the state, a claim Mantashe rejected by arguing that no law prohibited it.

“Mantashe’s argument is circular. It’s only legal because the ANC, as the dominant party in Parliament, has not implemented the laws necessary to regulate funding arms. If the ANC doesn’t want to take this issue up because it feels it will be prejudiced or that it benefits from the status quo, it needs to stop being disingenuous and say, on this issue, we are going to do what is in our best interest,” Greyling says.

The problem right now boils down to this: Those entrusted with coming up with the legislation are those affected by it. So not only has the ruling party not put forward laws to regulate private funding, it has actively blocked proposals from other parties’ MPs to do so.

In a carefully worded legal opinion used last year to turf out Greyling’s private member’s bill on regulating private funding, Parliament’s legal advisor found that political parties were juristic persons and thus enjoyed the right to privacy, which Greyling’s proposal was said to infringe upon. The argument was along the same lines as that used by the Cape High Court to throw out Idasa’s application under the Promotion of Access to Information Act to compel the top two parties to reveal their funding sources.

For Greyling, who says he has exhausted all avenues available to him, the issue will remain one the ANC can skirt as long as the debates around it continue to happen at Idasa and elsewhere instead of in Parliament. He says currently, Parliament only moves when the ANC wills it to. But as the Right2Know movement and the campaign against toll roads have shown, Parliament also moves if enough ordinary citizens speak out.

Which begs the question, why have members of the public, concerned with corruption and lack of accountability, not called on Parliament to debate this issue as the High Court said should happen?

The ANC’s ordinary members, in passing the 2007 Polokwane resolution for the party to put “effective regulatory architecture for private funding of political parties” in place, certainly saw the importance. Greyling hopes the issue comes up again at the party’s conference later this year, and that the party’s leadership made to answer why they had not moved on this resolution.

Greyling also recognises that this is a complex issue and that it may not be that easy for people to see the links. “But what is clear is that this private funding has to be brought under control if we are going to keep our hard-fought-for democracy,” he says. DM