The 2012 budget: comedians speak, sort of 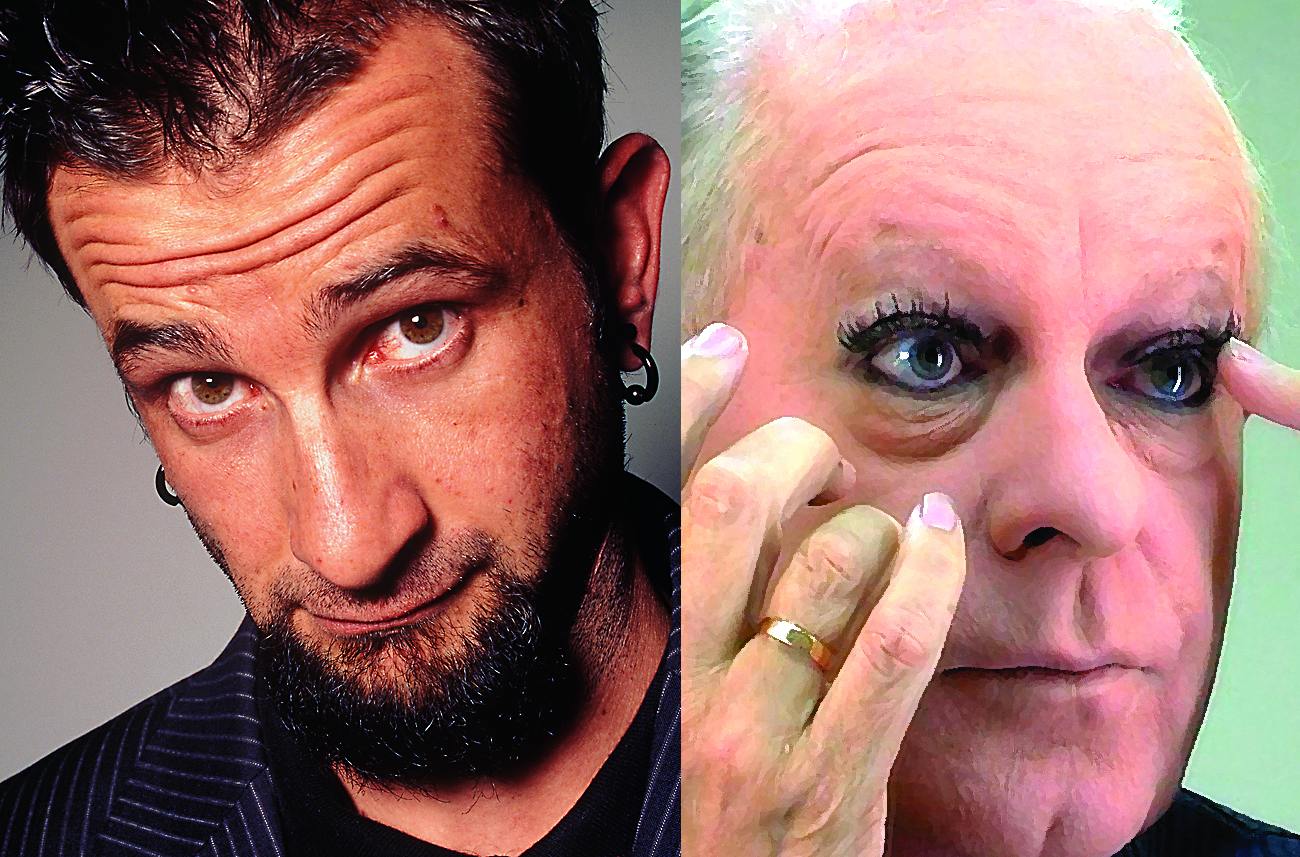 Pravin Gordhan’s budget speech contained few surprises. He sparked outrage by announcing e-tolls in Gauteng will start on 30 April but we all knew that was coming. So who better to explain things properly than comedians? We asked John Vlismas, David Kibuuka, Joey Yusuf Rasdien and Evita Bezuidenhout what they thought of South Africa’s 2012/13 financial outlook. By GREG NICOLSON.

“We have to do more with less; we have to work smarter and harder,” said Gordhan. The record R1.1-trillion budget funds ambitious infrastructure and development projects while reducing the deficit. Where should we be spending our money and how can we cut spending?

Kibuuka: The minister said “we have to do more with less” because money’s tight. Our government spends a fortune on education, yet we get no results. Maybe we should just throw in the towel when it comes to schooling and only offer education until standard two or three. I mean, education is clearly a waste of taxpayers’ money, money that could be used to create new tenderpreneurs.

Limpopo is also proving to be very expensive, what with us having to pay R2-billion to bail them out. So any good economist will tell you that it’s time for us to cut our losses and sell Limpopo. I’m sure the diehards who wanted to start a Volkstaat would love to buy Limpopo, so it would be a win-win for everyone.

Vlismas: Of course we should all do more with less. Our leaders are able to screw entire sections of the population, and swathes of budgets, with the tiniest peckers. We should be inspired to emulate them.

Rasdien: Defence – who are we going to attack?… But what Gordhan’s saying is instead of Nandos we should eat bread now. That’s basically what he’s saying. Instead, we have to buy bread and sour milk.

Gordhan announced e-tolls in Gauteng would begin on 30 April at a reduced rate of 30c/km per car and with a monthly cap of R500. Will you pay the tolls? Why?

Vlismas: I will pay the tolls because I have friends in Germany and some of them may work for the company that structured this lunatic lending scheme. They may benefit and I’ll do anything to make a German smile.

Evita: Of course we have to support the infrastructure of our roads. I’m all for tolls as long as the money stays in South Africa and does not end up in the pockets of foreign business, as in the case of Gauteng’s system. And there must be an alternative route for us in our ox wagons.

Smokers and drinkers will face higher taxes, while profits from casinos and the lottery were hit with an extra 1% tax. Is the minister of finance a killjoy or should we pay more for our vices?

Kibuuka: You would think that the government would DECREASE the amount of sin tax so we would be able to drown our sorrows. A drunk population would be too hungover to bother to ask about corruption – just ask the Russians. And marching and toyi-toying is quite hard when you’re out of breath because of too many cigarettes. I think they misread this one.

Evita: It’s about time. One percent on casinos and the lotto is far too little. I’d make it 10%. Either it will cure those who cannot afford it, bankrupt those who shouldn’t afford it and add funds to the issues that need support. But do not hand it to any politician to control. We know what happens then.

Gordhan was praised for his gravitas, humour and for using phrases from South Africa’s other 10 official languages. As a comedian, how do you rate his performance and do you have any tips?

Vlismas: He’s as funny as Whitney in a bathtub. Any goose comic will tell you that announcing a new toll tax, attacking drinkers and smokers, and telling the people who pay your salary that they’re not making enough effort is hardly the anatomy of a winning set.

Rasdien: It was amazing. Any time an Indian bra is speaking about finance you’re bound to listen. If there’s an Indian bra talking about money you just lap it up. Even if he is taking you for a ride you’re going to be convinced. That’s what I like about Pravin Gordhan.

The Times called it a Robin Hood budget. It offered tax concessions on incomes under R600,000 a year and an increase in capital gains on multimillion rand home sales. But is Robin Hood a good example for our fiscus?

Vlismas: Robin Hood is a mythical fiction designed to convince children that theft can be noble – so I guess it’s a perfect analogy.

Evita: Who was this “Hood”? Some English bandit? Don’t we have enough of them in our history? From all those horrible governors of the Cape that treated everyone so badly if they couldn’t speak English properly, to what the Brits did to us Afrikaners in the Boer War. Robin Hood should stay away from us. I would rather call it an Alan Boesak tax – that we understand. “I do what I do, not because I know what to do, but because what is done is done.”

Kibuuka: I don’t fully agree with the rich to poor transfer because it assumes that the reason people are poor is because other people are rich, which is not necessarily the case. I much prefer the white-to-black transfer, because although I’m a coconut, I’m not white. I mean, I only got money last week, now I have to pay capital what-what tax. Let this comrade enjoy the Jacuzzi for a while, please. Forget Robin Hood. To make things fair what they need to do is have a tender lotto. They should put out a tender to provide toilet paper to schools in Mpumalanga and then all the poor people can buy tickets. If you win, you can get rich. And it doesn’t matter if you know anything about toilet paper. Now that’s empowerment. DM

Photo: Comedians like Pieter-Dirk Uys and John Vlismas air their views on the 2012 Budget.