Call girl or classy lady? The conundrum of the postmodern political class 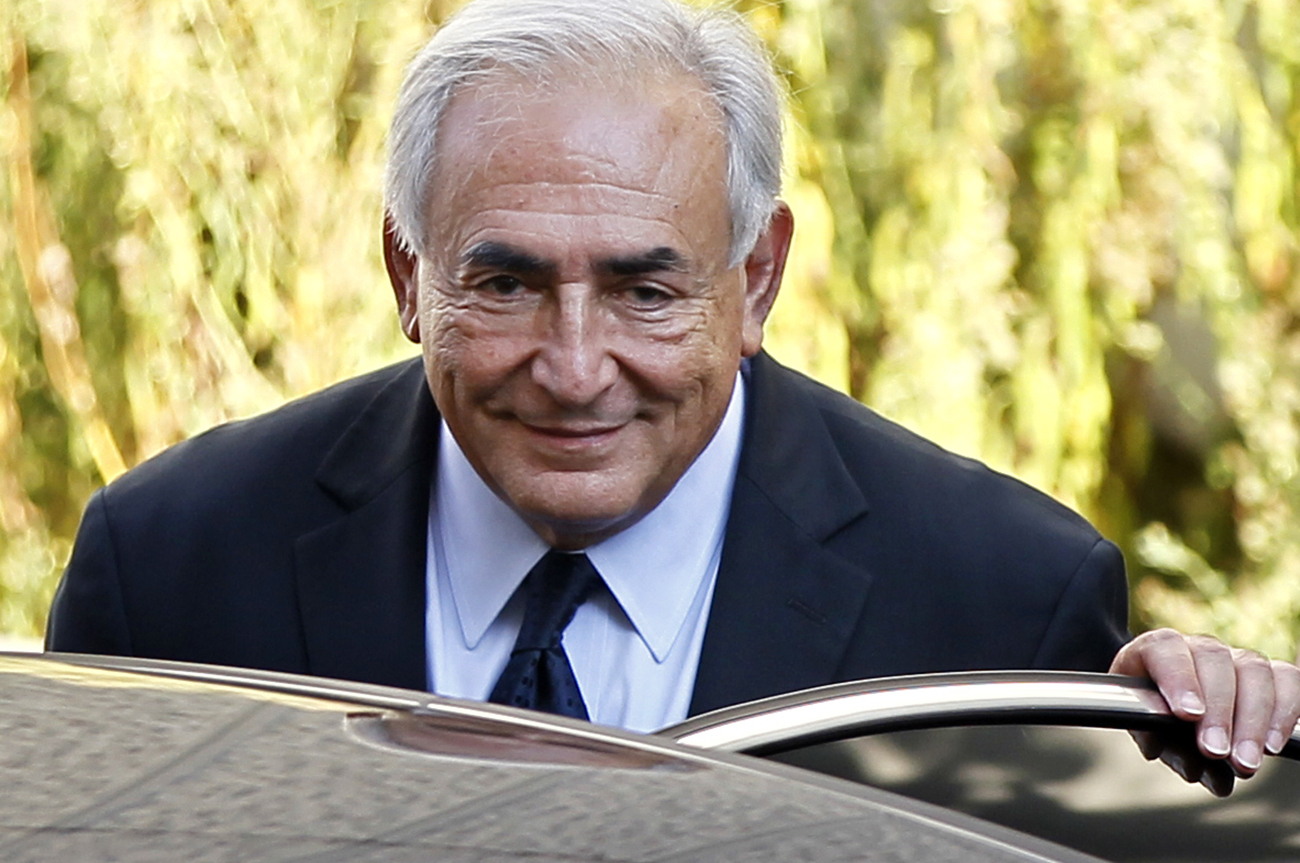 Being a politician in France is so hard. You’ll forgive the weak pun, but really, what’s left to do but fling the odd, anaemic piece of witlessness into the Gaelic fray. Dominique Strauss-Kahn, once head of the International Monetary Fund and one of the most powerful men in the world, is again being questioned on a sex-related inquiry. RICHARD POPLAK is both jealous, and enraged.

Remember when South Africa was a global laughingstock because of our polygamous president? Think back. It was about two years ago, and the sniggering classes – both in this country and abroad – thought it was “embarrassing” and “uncivilised” for the leader of the largest economy in Africa to be led by a man who refreshed his wives more than he did his airtime.

Oh, I don’t mean to undermine the sins of Jacob Zuma. The man has been on trial for rape, where he indeed thoroughly embarrassed himself. (This is a politician portrayed by the country’s leading cartoonist as a wolfish Id with a shower attached to his head.) He has availed himself of his acquaintances’ daughters, and has intimated that it is his “cultural” right to indulge in whatever bootiliciousness happens to come his way.

Does this make Jacob Zuma uncivilised? Nope. It makes him a postmodern politician. In an era when our representatives are far more accountable to special interests than they are to their constituents, political entitlement has risen to new heights. Or, rather, to old heights – the divine right of kings, and the unlimited indulgences of their court, seem once again to be the status quo.

Excess was once the realm of the dictator. Sadly, though, even Africa’s most authoritarian and murderous scourges tend to keep it in their pants. No one could accuse Robert Mugabe of spreading it around – when it comes to the bedroom, the man behaves like the pastor he once considered becoming. For flat out debauchery – for the sort of thing the CIA used to have on Patrice Lumumba and other liberation-era strugglistas – we must turn to the free world.

There are the obvious examples. Bill Clinton, for one. Republican presidential nominee Newt Gingrich, for another. The man dumped a wife because nothing is a bigger bummer than a woman with cancer; he sells himself as a social conservative, slurping up tens of millions of dollars from casino moguls to run as the ultimate Manchurian candidate. Gingrich isn’t a social conservative; he’s a friend of business big and small, so long as they keep the cheques coming. The man has the moral spine of a jellyfish.

Israel, once the home of polygamy – how many wives did King David have? – recently jailed a president for rape. Moshe Katsav will spend six years in jail for a sexual assault on a former female employee; two more women came forward with similar claims. Clearly, Katsav viewed his office as a meat market, sparing him the expense of visiting a single’s club or going on one of those protracted cruises, where fleshy middle-aged folks consummate their loneliness within shouting distance of a Caribbean island.

But if we really want to turn on the light and watch the roaches scurry, where else must we go but Europe? The continent of the bunga-bunga party. Where politicians feel so distanced from the polity – mostly because the European Union insulates them from the polity – that they do exactly what they want, very often on the taxpayers depleted euro.

Imagine being a wage-earner in the broke, dysfunctional country that bankrolled Silvio Berlusconi’s sex life on and off for 15 years. And 15 years is roughly how long many of his sexual partners have been on the planet; he has time and again been accused of sexual misconduct with underage prostitutes. Yeah, I know he’s innocent until proven guilty. But the usual terms of “guilty” don’t apply to someone like Berlusconi, because he is protected from the law, as if he’s wearing a super-sized, bulletproof legal body condom. The game is rigged, and it’s all designed to enhance his pleasure, and by, um, extension, spread the trappings of power that are the birthright of Italy’s wrinkled political class.

All of this pales in the face of the man who was, like a biblical character, anointed by France’s socialists – whatever that means in the French context – to be their next bien pensant. Dominique Strauss Kahn, multi-millionaire, friend of multi-multi-millionaires, and the man who was next up to order bombing runs on Arab countries when Mr. Sarkozy leaves office to frolic on the yachts of his heiress mentors. Strauss-Kahn, days before he was busted on the sexual assault charges (now dismissed, sort of) in New York City that derailed his career, visited a sex party with other French political figures, including a high-ranking policeman.

How was the poor man to know that there would be prostitutes present? “He could easily not have known,” his lawyer Henri Leclerc reminded French taxpayers, “because as you can imagine, at these kinds of parties you’re not always dressed, and I challenge you to distinguish a naked prostitute from any other naked woman.”

If that sounds like a specific species of upper-class insanity, it is rather a universal democratic trait. Our representatives listen not their constituents but to their appetites, which are in turn fed by their masters. It’s never “cultural”; it is the job of the political class to service money, and to be serviced by money. The multinationals and the 1% have paid their lobola, and they’ve got the political class in their collective pocket.

Sex parties, harems, mistresses, same-sex bathroom trysts. Hey, enjoy! I’m no moralist, and if I had a couple of million in a cash account, I’d be spending it on parties where you can’t distinguish a naked prostitute from any other naked women. But I’m not a millionaire. And I’m still spending it on the proverbial bunga-bunga party.

Occupy Wall Street? Try Occupy The Zipper. The free world is getting screwed, along with underage belly dancers, prostitutes and other naked women. Wish I could say I was having more fun. DM

Photo: Former head of the IMF, Dominique Strauss-Kahn was this week arrested for alleged involvement in a prostitution ring. REUTERS/Charles Platiau.