American Anthems: something of a Barnyard show on stero...

American Anthems: something of a Barnyard show on steroids 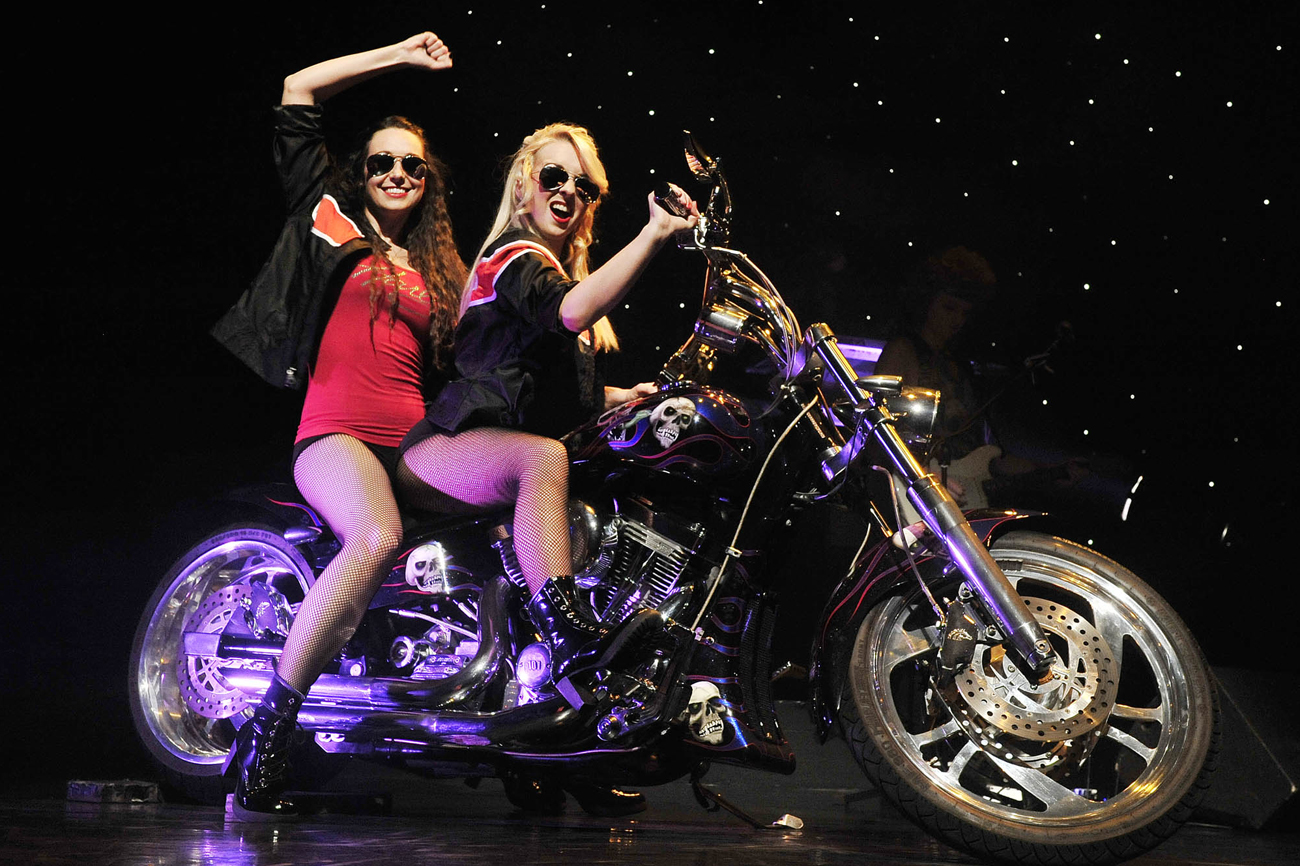 Some incredibly slick musical tribute shows have been playing in our theatres recently. American Anthems isn’t one of them. By LESLEY STONES.

There are a dozen things you want to fix about the show, starting by climbing onto the stage with a pair of scissors and a decent hair stylist.

But for all the cosmetic tinkering required to make this British production match the standard of the sleek Aussie and American musical memories we’ve sat through, at its heart it’s a fun and good-humoured romp that makes up for a lot of the shortcomings.

American Anthems is based around the flimsy plot of searching for a rock star who disappeared 25 years ago. Now his manager Chad (Ged Graham) has decided to reform the old band for one last time and search for the missing star.

Photo: There are many things to fix about American Anthems. One of them being the hairstyles.

For the first few minutes the voice-over introduction had sound problems, so you needed to listen carefully to grasp that bit of storyline. Then the music began, and its non-stop song after famous song, strung together by a bit of entertaining banter hardly makes for rip-roaring stuff. It’s worth going to see for Rob Castel alone, who plays a reprobate preacher with a penchant for booze, gambling and women and thanks the Lord for all of them. Castel is adorable, with one eye on the Pearly Gates and one eye on the dancers’ bums. He’s a great singer and mover too.

American Anthems feels like a Barnyard show on steroids. There’s a lovely send-it-up atmosphere to the whole production, so the costumes and the hairstyles have probably been chosen to make it even more outrageous. Endless skimpy, but dodgy outfits suggest the wardrobe mistress was operating behind a hangover and dark glasses, and there’s more fake hair on show than at a Bee Gees revival.

But even a spoof still needs to be well done, and the choreography for the four leggy female dancers is sometimes strikingly lame.

Musically it’s note-perfect, of course, with two guitarists, a bass player, drummer and percussionist all skilful musicians. It’s loud too, as they perform soft rock favourites like Born in the USA, a Meatloaf medley and the infectious Hotel California. In the end it all goes on a bit long, and personally I’d chop out the entire Elvis section in the second half.

Singing is shared between several of the characters and each has their own speciality. Lead singer Andy Wood belts out the rocky numbers beautifully and with an easy charm. But he’s no Steven Tyler when he tackles Aerosmith’s Don’t Want to Miss a Thing. Tiffany Low is a striking blonde with formidable boobs and an equally noticeable voice. When she teams up with redhead Rebecca Kelly for Jolene and Gypsies, Tramps and Thieves that section is remarkably good.

Photo: The show consists of several characters – each with their own speciality.

There’s a happy ending too, as the intrepid team finds the reclusive rock star and brings him back in a ridiculously over-the-top outfit. There are several things wrong with American Anthems, but it’s got an endearing appeal and made me laugh. And for that reason, I kinda liked it. DM

American Anthems runs at The Joburg Theatre until 11 March.