Trouble brewing Down Under

Trouble brewing Down Under 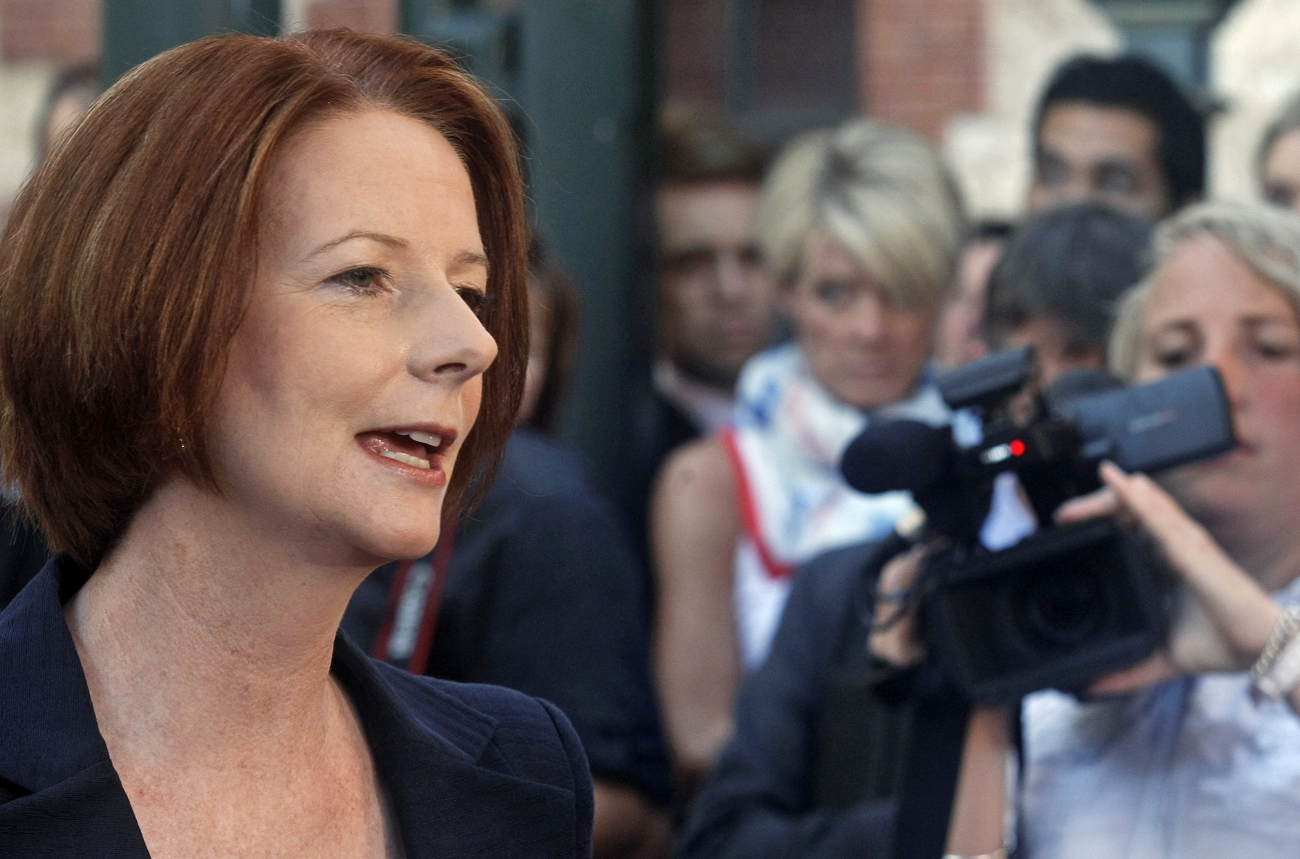 In the one corner you have Australia’s first female Prime Minister, Julia Gillard, who  suffers the lowest popularity ratings in the history of the Labour Party. In the other, you have Australia’s former prime minister, Kevin Rudd, who, until Wednesday morning was serving as foreign minister in Gillard’s cabinet. There is no love lost between the two – Gillard ousted Rudd in a surprise coup in June 2010.

In recent weeks speculation was growing that Gillard was on the verge of firing Rudd as foreign minister due to his perceived disloyalty. Rudd, in a shrewd move based on the adage that it’s better to jump than be pushed, resigned on Wednesday in a live video statement from Washington, where he is on a state trip.

In his resignation statement, Rudd said while he was sad to give up the job, he could only serve as foreign minister “if I have the confidence of Prime Minister Gillard and her senior ministers”. Gillard’s response was a brief statement saying that “I am disappointed that the concerns Mr. Rudd has publically expressed this evening were never personally raised with me, nor did he contact me to discuss his resignation prior to the decision.”

Gillard and her loyalists are reportedly furious at Rudd’s decision to resign while in the US will promote a sense in Washington that the Australian government is in crisis, but this seems to be close to the truth. It has been believed for some time Rudd was plotting an attempt to regain the leadership, and his resignation has forced Gillard to tackle this challenge head-on. On Thursday she made the dramatic announcement that Monday would see a leadership vote take place. Rudd has not indicated whether he will stand against her yet, because he is only due back in Australia on Friday, but it is virtually certain that he would do so – indeed, that events have played out as he planned.

In Australia the Prime Minister is voted in by the House of Representatives, with ordinary Australians not having a direct say in who becomes their leader (similar to the South African system). If Rudd were to win Monday’s vote, however, it might cause the government to collapse. This is because Gillard’s Labour Party is currently only in power on the basis of a coalition with a number of Independents and Green Party politicians, at least one of whom has said that if Rudd were to win, he would withdraw support. As such, the opposition Liberal Party must be rubbing its hands with glee at the sight of the ruling party in such disarray and the chance of an unscheduled election.

Although Gillard’s popularity is very low among Australians (to the point where the Labour Party might easily lose 2013’s scheduled elections if she is still at the helm), she is still expected to win Monday’s vote in the House of Representatives. Thousands of dollars have already been placed in bets on the vote’s outcome and bookies are giving Gillard much more favourable odds. Some believe Rudd would not be discouraged by a loss, however.

It’s thought he intends a two-stage strategy, which would see him lose this vote, retreat to the back bench, and from there start mobilising support to launch a further leadership challenge. Because Gillard suspects this might be his plan, when she announced Monday’s election, she said that if she lost, she would return to the back bench and renounce any further ambition for the Labour Party leadership. “I ask him to give the same undertaking,” she said, though Rudd is unlikely to comply.

To have a situation where Rudd is attempting to undermine her leadership from her own back bench would be nightmarish for Gillard. Although, on the surface, not too different to how things have been playing out all along. Gillard has attributed the lack of public support for her government to a longstanding destabilisation campaign by Rudd. At the moment Gillard loyalists appear to be trying to paint Rudd as a dismissive, aggressive leader. Last weekend a video suddenly surfaced, with mysterious timing, showing Rudd trying to master a speech he was about to give in Mandarin while Prime Minister, and being overcome by rage and frustration. “This fucking language, it’s just complicated!” he rants, at one stage punching the desk.

It’s suspected Gillard’s team was behind the leaking of the video (though they’ve denied this) as part of a strategy to convince Australians that Rudd is generally unpleasant. As Global Post points out, though, this idea might backfire. One of the criticisms of Gillard is that she is distant, aloof and out of touch with ordinary working-class Australians. By contrast, an expletive-filled rant might seem appealingly fresh and honest.

Whatever the outcome of Monday’s vote, none of this is good news for the Labour Party, and it’s certainly bad news for Julia Gillard herself. The Guardian notes that the irony of this all is that the two politicians have extremely similar policy views, both supporting increased taxation on industry and health and education reform. What this comes down too, then, is the age-old battle for personal power. It’s not great international PR. DM

Photo: Australia’s Prime Minister Julia Gillard addresses the media at the Parliament House courtyard in Adelaide February 23, 2012. Gillard will call for her governing Labor Party to endorse her to remain as prime minister at a special leadership vote on Monday, in a move designed to end a bitter fight with rival Kevin Rudd. REUTERS/Regi Varghese.