Impala strike: Welcome to the age of retail unionism

Impala strike: Welcome to the age of retail unionism 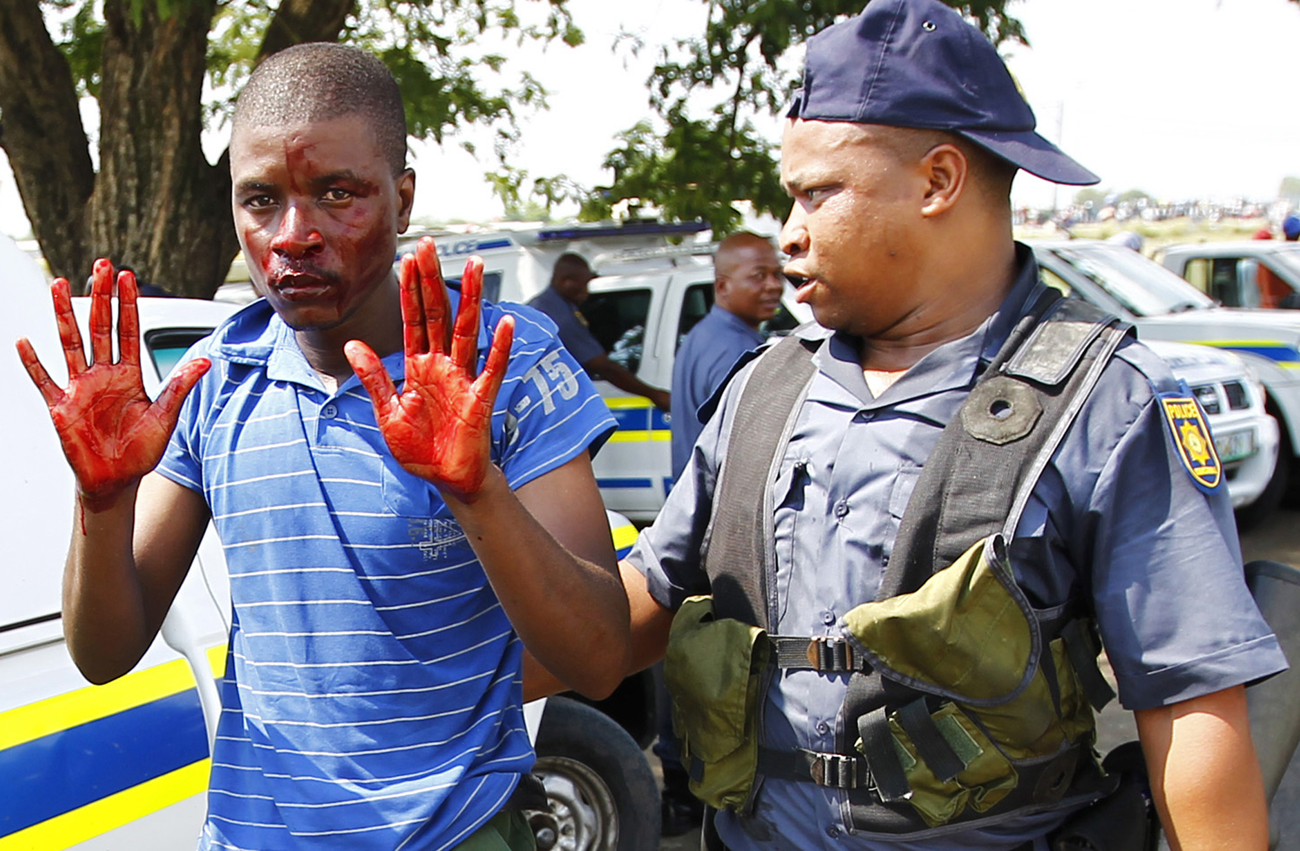 The strike at Impala Platinum’s Rustenburg mine has continued for more than a month. Two people are dead. Many more are injured. At least 32 shops have been looted. Implats has lost 80,000 ounces of platinum worth more than R1.2-billion. On Wednesday, after Cosatu general secretary Zwelinzima Vavi asked employees to return to work, a boardroom was set alight. Why has it come this far and who is responsible? By GREG NICOLSON.

The National Union of Mineworkers (NUM) claim to represent 70% of employees at the Implats Rustenburg mine. It’s in an advantaged position as it is the only union the miner recognises. In 1997, Implats, which produced almost 2-million ounces of platinum in 2011 and is the world’s second largest producer, split its workforce into three categories and only accepted unions with at least 35% membership in at least one of these divisions. In 2007 the company decided to treat its workforce as a whole and negotiated a new union threshold with NUM: it would only recognise unions that claimed 50% plus one member of its workforce. Guess who became the only officially recognised union? That’s right, the NUM.

With almost 18,000 employees at the Implats Rustenburg mine, it’s not hard to see how recognising only one union might create tension. The trouble started after miners, in high demand in the area, were offered an 18% pay increase. About 5,000 rock drill operators, without whom the mine cannot operate, took issue with the selective pay rise and went on strike on 12 January. Implats went to court and the strike was deemed illegal after which it dismissed the drillers. In sympathy, virtually all of the mine’s 18,000 employees joined the strike. They were dismissed too.

Many of the employees think NUM left them out of the pay rise and want nothing to do with the country’s chief representative of mineworkers. “I want to put this unequivocally: we support the rock drillers,” said the NUM’s Rustenburg regional secretary, Sydwell Dokolwana. “We demanded that they should rather reopen the wage negotiations and pay the rock drillers more.” But Implats have been adamant from the start that the union agreed to the plan. “NUM never had any objections to the adjustment for a single category,” said the company’s spokesman Bob Gilmour.

Now the NUM says it wants employees to return to work, but many aren’t listening. On 13 February, the union said it had agreed with Implats for work to resume. It told Bloomberg, “Parties agreed to work together to ensure that all workers get back to work.” But by 17 February one employee had been found stripped and beaten and later died on the way to the hospital. A police helicopter, water canon and 500 officers monitored a “volatile” situation, said Brigadier Thulani Ngubane. This Tuesday, Zvelinzima Vavi, the general secretary of Cosatu, of which NUM is affiliated, sympathised with all Implats employees and asked them to return to work. On Wednesday they burnt down a boardroom.

It’s not the first time Impala workers have disagreed with NUM. In 2009 the union’s leaders tried to convince workers on an illegal strike to return to work. Its deputy president Piet Matosa was reportedly stoned for his efforts, costing him an eye. This time, it’s reported mineworkers have barricaded roads between the mine and hostels while looting nearby stores. As police tried to control the situation a satellite police station in nearby Freedom Park was torched.

The violence, some claim, has been caused by an imposing union. While striking workers lose faith in the NUM, the younger, more militant Association of Mineworkers and Construction Union (Amcu) has capitalised on the disgruntlement and embarked on a membership drive. Amcu was said to have fewer than 100 members at Implants before the strike, but have since moved in and adopted the cause of the 5,000 rock drill operators. They have been accused of using violent tactics to stop others getting to work and obstruct negotiations, which the union denied.

“Amcu is what I call a grievance union. It poaches on the NUM’s turf. It’s an opportunist union and will represent any workers who are available at each mining company, including more skilled workers. It is not affiliated to any big federations but has been active in the industry,” labour analyst Andrew Levy told Business Day. Outgoing Implats CEO David Brown said Amcu’s reputation is “not wholesome” and is trying to establish itself in the strongholds. Speaking to striking workers at Implats alongside NUM president Senzeni Zokwano, Vavi said some of the workers representatives are “cockroaches in the milk”.

In the same speech, Vavi tried to shift the blame on to Impala Platinum and demanded workers be reinstated with an 18% pay rise across the board. “There was an 18% increase, but it excluded the most important people, the rock drill operators… Rock drill operators work harder than anyone else in the mining industry, they suffer more than anyone and face death every day,” he said to huge applause from 5,000 employees. Vavi called on Implats to reinstate rather than rehire all of the 17,200 workers with a pay rise and the same conditions they previously enjoyed. So far, about 7,000 workers have been rehired.

But Vavi’s demands once again highlight the rift between workers, the NUM and its buddy Cosatu. After a month of chaotic protests in which no demands were issued, workers finally spoke out on Tuesday. They refuted the idea of an 18% pay increase and demanded to take home R9,000 a month, more than double what many currently earn.

So far, Implats has limited negotiations to the NUM. Cosatu stepped in to boost their currency and the official parties once again were confident that full production will resume. But if Amcu is antagonising progress, they still have a lot of firepower. It looks like rehired workers won’t get the 18% pay rise and will lose the benefits they’d previously accrued. Implats, however, won’t talk to Amcu because it does not, yet, have enough members.

Until Implats broadens its negotiations or cedes to workers’ demands, the strike looks set to continue. The NUM has lost control over the employees; hostility towards union is a chief cause of the protest. Some workers are aligning themselves with Amcu, but it isn’t recognised. Other workers seem almost leaderless, yet don’t want to let go of their grievances.

As Implats loses 3,000 ounces of platinum production a day, it can only hope Vavi’s rallying cry will win over employees. Otherwise, ostracising all other unions to the benefit of NUM doesn’t look like such a good idea all of a sudden. The age of retail unionism has well and truly dawned. DM

Photo: Police arrest a protester near Impala Platinum’s Rustenburg mine, February 16, 2012, as a month-long strike at the world’s second-largest producer of the precious metal turned violent. South African riot police fired tear gas, rubber bullets and water cannon on Thursday at hundreds of striking miners who went on the rampage at the plant. Police said one man had been killed overnight after a mob stripped him naked and beat him during a demonstration outside the plant, which accounts for as much as 15 percent of world platinum output. REUTERS/Mike Hutchings.