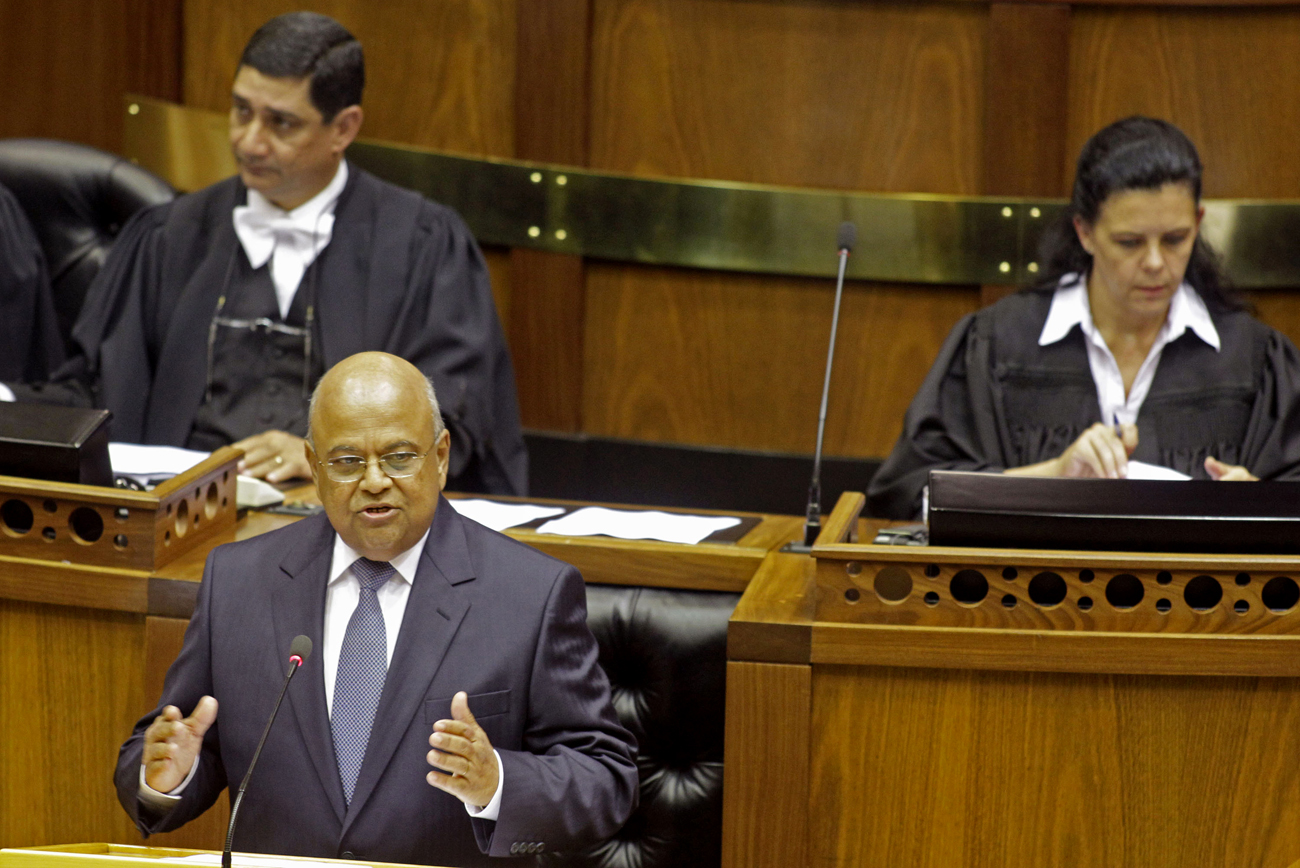 Finance minister Pravin Gordhan’s Budget speech on Wednesday was peppered with appeals to all South Africans to contribute to the economy amid warnings that government’s ability to spend its way to general prosperity are increasingly limited. By PAUL BERKOWITZ.

There are many qualities that the current minister of finance, Pravin Gordhan, shares with his predecessor, Trevor Manuel. They’re both highly intelligent men with an eye for detail. They also bring to the Budget speech the gravitas you’d expect of the head of treasury.

The biggest difference between the two is the personal touch they inject into the proceedings. Manuel was lyrical, even playful in his approach to the Budget, quoting widely from poets and struggle icons, doling out gifts of fruit and even trees to his audience. Gordhan is more phlegmatic and measured in his delivery. He’s continued Manuel’s tradition of inserting snippets of the other 10 official languages into the speech by way of translation, but that’s about as far as his nod to Manuel goes.

As serendipity would have it, Gordhan’s personal approach is well-suited to this year’s budget. The country’s current finances and fortunes are not suited to the inspirational, exuberant Manuel delivery. We are smack-bang in the middle of the proverbial lean years and we need Gordhan’s steady hand on the tiller to guide the country through the choppy waters.

From the opening words of his speech Gorhan conveyed a tacit admission that government’s ability to deliver is limited. When he claimed that “It requires an extraordinary national effort from all role-players” and followed this up in the next paragraph by saying that “[our new story] must be written by all of us. Not just by government… business… unions… [but by] South Africans from all corners of the country” you could hear echoes of JFK’s famous “Ask not what your country can do for you” refrain.

These words may have been meant to inspire and galvanise South Africans into action, but they are also there to manage our expectations lower. The message is quite clear when Gordhan says “we have to do more, with less; we have to work smarter and harder”. He is telling us the government larder is bare and the onus is on the broader society to do its own foraging until the years of plenty return.

Let’s turn to the numbers and trends to provide some clues about how tight our belts currently are and when we can expect to loosen them.

The global economy remains weak and the hoped-for recovery, particularly in the EU, remains tenuous and threatened. Global growth, according to IMF projections, is expected to be 3.3% in 2012 and 3.9% in 2013. However, growth in the EU area is expected to contract by 0.5% this year and to grow by only 0.8% in 2013. The EU remains the destination for more than 20% of South Africa’s exports. The growth for almost all of our other major trading partners (China, US, Japan) is also expected to fall or remain weak in 2012.

This year is expected to be an annus horribilis on the domestic front. GDP growth is forecast to fall from 2011’s 3.1% to just 2.7% in 2012 before rising to 3.6% in 2013 and 4.2% in 2014. Growth rates for household consumption, gross domestic expenditure, exports and imports are also forecast to slow to levels last seen in 2009. Back then the global economy was still reeling from the biggest recession seen in decades. The cherry on top is an anticipated peaking of CPI growth at 6.2% (before falling back within the target range in 2013).

Weaker growth coupled with lower expenditure and consumption will have a knock-on effect on tax revenues. For the 2010/11 tax year there was a budget overrun of some R19-billion, meaning SARS collected R19-billion more than the amount initially budgeted for. There was another overrun in 2011/12 of around R6-billion. For the 2012/13 financial year the tax revenue has been revised downwards by some R4-billion. For 2013/14 the downward revision rises to over R11-billion.

A downward revision of expected revenue is partly related to similar revisions in expenditure. The government is expected to spend R3-billion less in both the 2012/13 and 2013/14 budget years. This doesn’t really affect the overall estimate of the budget balance for 2012/13, but the deficit for 2013/14 is almost R9-billion higher, rising from earlier estimates of 3.8% of GDP to 3.9%.

The shortfall in tax revenues is expected to lead to increased borrowing by government and state-owned enterprises. The total public-sector borrowing requirement is expected to rise from R213-billion in 2011/12 to R235-billion in 2012/13. This is some 7.1% of GDP. Some of this increase will fund the government’s infrastructure drive, but much of it is there to plug the spending gaps left by slower economic growth.

All of these numbers translate into less wiggle-room for discretionary spending by government. Furthermore, the implicit assumption behind the numbers is that the global economy will have turned the corner by next year. Should the euphemistically-termed “slowdown” deepen over the medium-term, we can expect future downward revisions in growth and revenue in next year’s Budget speech. Gordhan will probably be rehearsing and refining his stoical expressions in front of the bathroom mirror for most of 2012, just in case. DM