Back to the future: South Africa's battle with its past

Back to the future: South Africa’s battle with its past 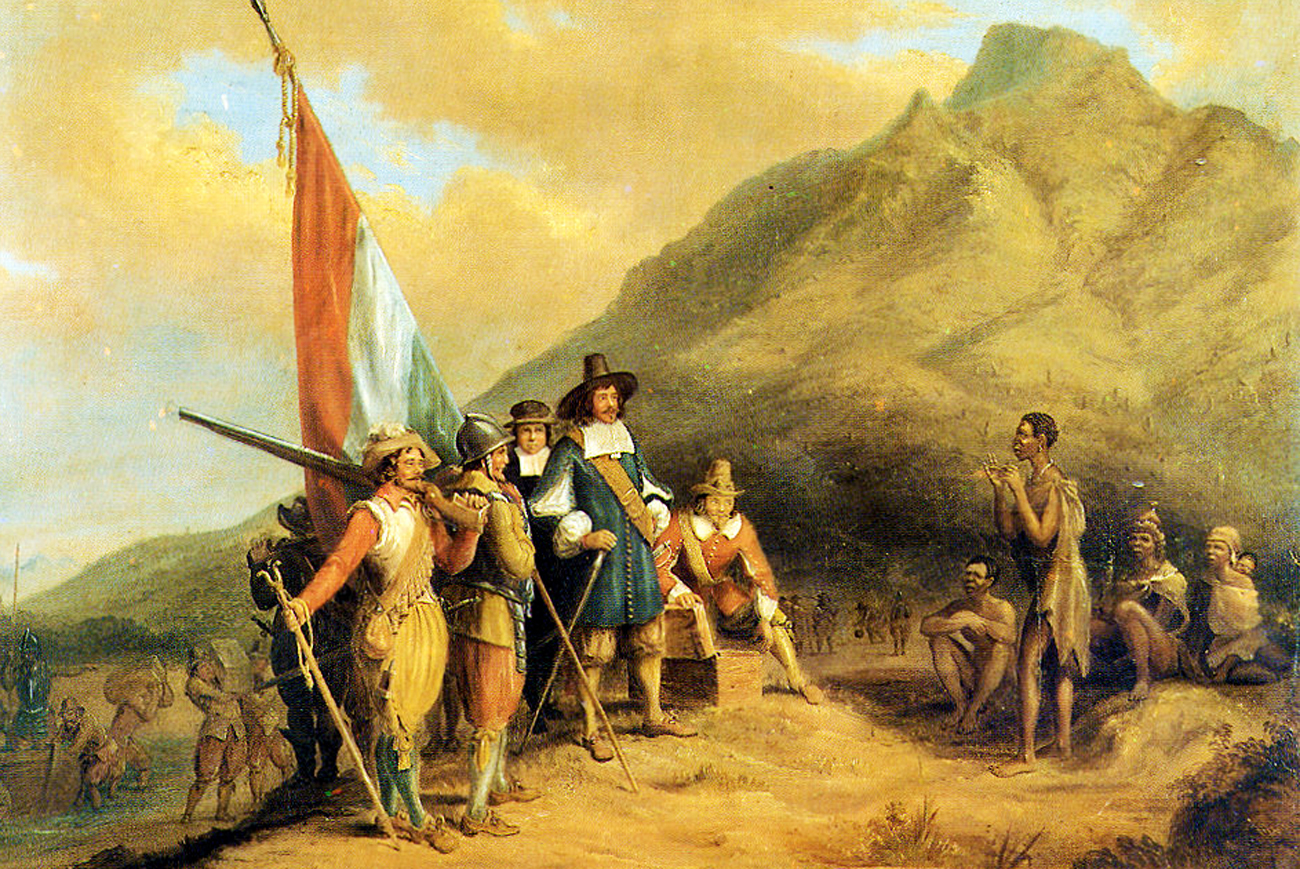 South Africa is a place of contestation. We contest our presents, our pasts, our futures, our identities, our views, our opinions, sometimes even our very right to exist. And there are dark times when we wonder whether even this fair land should exist. Of all the things that we contest, it's our history that is the most contentious. By STEPHEN GROOTES.

What happened, who did what to who, whose people were/are responsible, how does this relate to where we are now, who should pay, who should not, why in fact are we even here? Last week’s comments by deputy agriculture minister and Freedom Front Plus leader Pieter Mulder have stoked the easily flammable domain.

But when you get right down to it, there are two real problems. If we could even begin to solve those, then perhaps, just perhaps, we could have a constructive national dialogue.

Let’s start with the basics. This is a discussion in which the facts matter. But, as Pieter-Dirk Uys reminds us from time to time, the future is certain, it’s the past that changes. When it comes to land and the history of it, almost all the facts that we have are in dispute.

I, like so many of my age and appearance, was taught at school the one fact that seemed to matter. Our history started in 1652. Even the mighty tome of the time was called South Africa: 500 Years of History (a reference to the date the first Portuguese ‘explorers’ rounded the Cape. And while we’re here, there were big ‘Great Zimbabwe-type’ centres in the north of Limpopo hundreds of years ago. And yet we still refer to Cape Town as “The Mother City”. Eurocentric or what!)

To a boy in the tender care of the Transvaal Onderwysing Department, the Great Trek was a major feature. We studied it every year. For five years in a row. It was a glorious march to freedom by those who wanted to escape the tyranny of British domination. For my British mother, with three sons, hearing this 15 times was a bit of an issue.

Of course, this history was bunk. Our human history goes back thousands of years. In fact, all the way to the Cradle of Mankind. So millions of years. And the Great Trek (I’m not so sure about those initials anymore) started in 1836, the same year the British government banned slavery in its empire. Not that that little fact was mentioned in my classes.

Central to this claim was the story of the ‘Mfecane’. The idea being that Shaka Zulu, a great and terrible warrior, or a noble savage, started to make war on various ‘tribes’ in the interior of South Africa. This led to the depopulation of the interior, and thus, when the whites arrived, there was no-one there to call them mlungu’s anymore. So the land was theirs. It wasn’t taken, there was no fighting, it was simply theirs for the taking.

Thankfully, in my slightly later and less vulnerable years, I went to that bastion of Oxford in the Bush, Rhodes University, where I learnt, abruptly, it was all nonsense. I had the great fortune to meet Professor Julian Cobbing, who had spent so much time and energy debunking the thing as nonsense. It was all a myth aimed at legitimising apartheid.

And boy that myth has stuck. One of the major problems we have now is that most white people of Mulder’s age, and younger, were taught this at school. And because they were taught it at such a young age, the lesson stayed. You won’t get them to shift.

In a way you could have some sympathy for them. Although, perhaps, they should have had a call of duty to find out more. And the apartheid government wasn’t alone. It could be argued that Mangosuthu Buthelezi was doing a very similar thing with the IFP, which seemed to revel in a “myth” about Zulu tradition and culture.

This points to our first big problem. Our history, being written by the former victors, and now the current government, has no source of actual facts. We don’t know what happened. And we’re never going to know. There is no one that I can think of who really would be able to point out a timeline of facts in a completely neutral way. Was the death of Piet Retief a murder, an assassination or the killing of an invader? How about the Battle of Blood River? Miracle or massacre? And don’t let’s get started on say the Battle of Cuito Cuanavale in Angola, where both the SADF and the ANC claimed victory.

So we have to start from the point that none of our facts are cut and dried. And I’m at a loss to even think about how we move on from there.

But move on we must. And onto our second question: how much should our history matter to us? How much should we let the past define us?

A good start might be to say, it’s going to depend on the issue.

On the economy I want to scream to stop looking back, and start looking at wealth creation. But that’s not fair because surely affirmative action comes into it. And we can’t look at just creating wealth because those that made up the history first are rich now, and will just become wealthier. So then do we now say those who are rich now must be made poor?

How about our national identity – what the ANC always refers to as “national cohesion”? One of the reasons the Soccer World Cup was such a success is that there was no historical dimension to it. And the reason why the ANC laments, and will continue to lament, that “not all race groups” attend national events is precisely because they are about our history, in one form or another. But world cup-type events are few and far between, and we can’t just wait for the next one.

This should start at school. And yet our children are still scarred by what their own parents learnt when the TOD was still around. When Chief Rabbi Warren Goldstein tried to introduce a brief “pledge” to be recited at the start of the school day, there was huge resistance. Precisely because it referred to history.

So then it’s tempting to say the past should be left behind, and we should move on. But we can’t do that. We can’t ignore the suffering, the humiliation, the bravery of those whose lives were stamped on by apartheid’s jackboot. And we must also resist attempts to claim the Struggle (I’m very certain about that capital letter) for just one party or group. And so we’re back to contestation again.

If you look back at all the political pieces we’ve written about the land question in South Africa – redistribution, restitution, call it what you will – you will notice that we, the people, have never been able to find a solution to it. It’s only now that we need to begin to understand it’s because we simply don’t know enough about our history or about how and why that history was made. DM