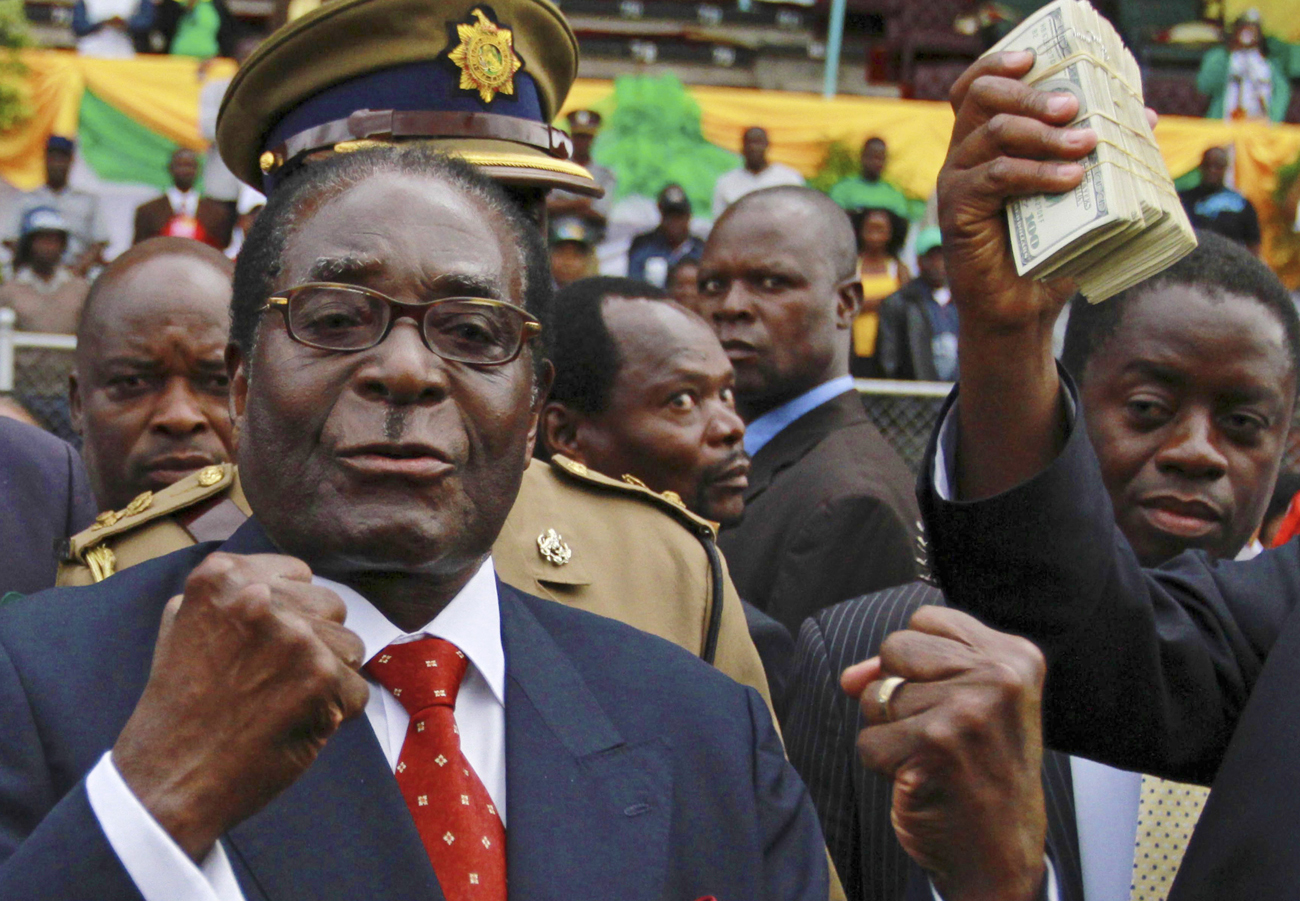 Robert Mugabe turns 88 today. Not having been invited to the lavish festivities, SIMON ALLISON writes Comrade Bob a birthday letter instead, telling Zimbabwe’s addled president exactly what would make the best birthday gift of all.

So, it’s your birthday. Well done on getting this far – in the violent, murky world of Zimbabwean politics, living to old age is an achievement in its own right. Just ask your old war buddy Solomon Mujuru, who didn’t even get close to 88 before dying in that suspicious fire last year. But, of course, you know better than anyone just how murky Zimbabwean politics is. You helped make it that way. Besides, it’s against the laws of nature to retain both power and innocence for the 32 years you have been in charge of your beautiful country.

Something has to give, and we all know that you’ve never willingly sacrificed power.

I’m sorry I can’t be with you at your birthday celebrations on Tuesday. It sounds like you’re having a wonderful party in Mutare. Your comrades have organised pop stars, a beauty pageant, a football tournament and a scrumptious sounding menu of chicken stew and sadza, all followed by a giant cake. It will be a bit pricey, with the bill coming to nearly $1-million, but what’s a few dollars here and there between friends? Besides, it’s not like the government is paying. Generous donations are being raised from party members to cover the costs. We’re sure the reports that young Zanu-PF cadres are going around begging businessmen to make up a severe funding shortfall are just scandalous rumour-mongering from the imperialist media.

But birthdays are about more than just parties, of course. Especially when you are turning 88, which is a pretty decent run by anyone’s standards. God only promised his followers three score years and ten; you’re 18 years past that already. It can’t be denied any longer: you are getting old. And the older you get, the more worried we become about your health and the burden of having to keep running a country. You’re falling asleep in cabinet meetings, apparently, and your frequent trips to Singapore (eight last year alone) can’t just be because you’ve developed a taste for fried noodles and humidity. Maybe, just maybe, there’s some truth in those persistent rumours that you have cancer and you’re struggling to fight it off.

Either way, it’s time for you to start giving some serious thought to what comes next. You aren’t going to be around forever, you know; unlike the Zimbabwean presidency, term limits on life can’t be extended. And you are the only thing holding Zimbabwe in its current form together. Look at the facts: your party is divided, split into at least three factions, all desperately manoeuvring themselves into the best position to take advantage when you do eventually make way. The opposition hates you and your party, and is only cooperating in this bizarre unity government experiment (which, it should be noted, is better than what came before) thanks to your stubborn intransigence and the unmistakeable fact that despite everything you have said and done, you retain some vestiges of popularity.

The people vote for you, some of them at least. Not as many as before, and probably not a majority either, but enough to keep you and your party in control.
Well, is this such a bad thing? In short – yes. No one is convinced that Zimbabwe in its current form should be held together. As long as you’re still around, the country is in limbo, going nowhere and doing nothing. Everyone is just going through the motions. Your party is fed up with being forced to cooperate with the opposition (although they have been useful scapegoats for all the country’s ills), and the backroom jockeying for power is detrimental both to the party and the country. The various factions are just waiting for you to go, so they can seize control. The opposition is just as unhappy with the unity government; it doesn’t like having to work with Zanu-PF, or the fact that Zanu-PF retains most of the important ministries. The opposition is waiting for the chance to rule without you.

And the people? They’re also waiting – waiting to see what a post-Mugabe Zimbabwe will look like, and deciding who they might vote for when your cult of personality is no longer an electoral factor.

So perhaps, Bob, it is time to go. How you do it is up to you. You could resign gracefully and live out your remaining years in comfort. This way, you could still cast your dark shadow over Zimbabwean politics and watch as your party destroys itself trying to succeed you. It might be fun. Or you could finally succumb to the mystery illness that has required such extensive medical treatment in Asia; a more final exit, to be sure, but perhaps one that will give your country the closure it needs to recover from your three decades in office.

But the timing is less flexible. Really, it would be ideal if you could have left the stage by the time elections come around. Your presence undoubtedly distorts election results just as much as the rampant ballot-stuffing, and perhaps the worst thing that could happen for Zimbabwe is for you to lead Zanu-PF to an electoral victory (by fair means or foul) and then exit the stage, having hand-picked your successor. This would give the new man plenty of time to cement his own power, and he would most likely do it in your image. I know this might appeal to your ego, but remember that a change is as good as a holiday, and Zimbabwe desperately needs a holiday – particularly from you.

So on this, your 88th birthday, we urge you to spend some time in deep introspection and ask yourself what more you can possibly achieve in office? You’ve done it all, Bob, both good and bad: fixed the economy and broke it, built an education system then tore it down, rescued the country then ruined it. Zimbabwe needs to be rescued again, we all know that. We also know you’re not the man to do it. Zimbabwe can only begin its recovery in earnest once you bow out. What a wonderful birthday gift that would be for all your people! DM