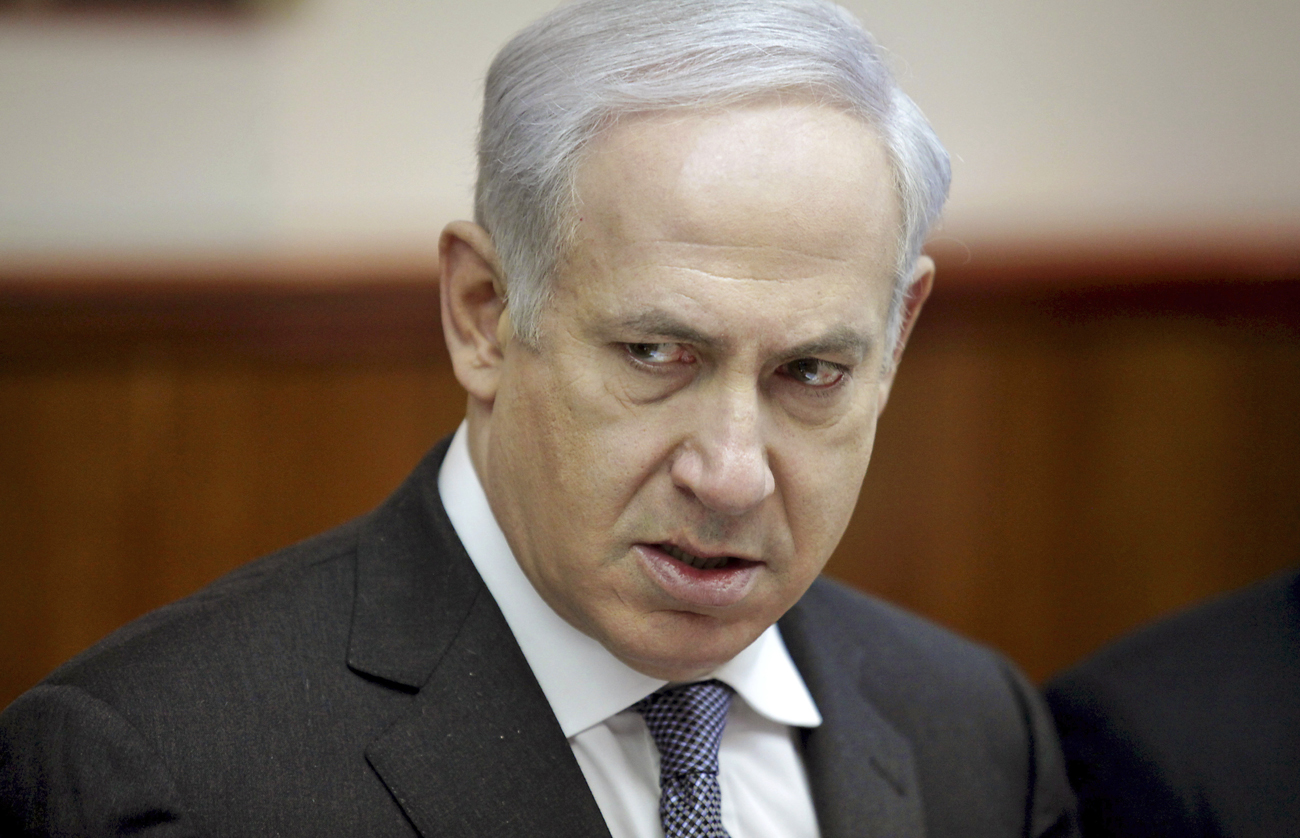 With Iran less than a year away from full nuclear capability, and the Ahmadinejad regime unbowed by the West’s strategy of ever-harsher sanctions, the window for avoiding a Middle Eastern catastrophe is closing. While British and US diplomats scrambled to avert the crisis on the weekend, Israel’s Benyamin Netanyahu watched his self-determined fate as “the new Winston Churchill” unfold before his eyes. How worried should we be? By KEVIN BLOOM.

The two portraits that adorn the office of Benyamin Netanyahu say a lot about what the world can expect of the Israeli head of state in the face of Iran’s mounting nuclear capabilities. The first portrait, of Zionism’s founding father Theodor Herzl, denotes the prime minister’s core belief that Jews can only find safety in a national homeland. The second portrait, of Winston Churchill, expresses the former commando’s dedication to the principle that a true leader does not flinch when confronted by the facts. Like Herzl, who saw in the Dreyfus Affair at the end of the nineteenth century a portent of Nazism, Netanyahu sees in Mahmoud Ahmadinejad’s intransigence a likely repeat of the Holocaust. And like Churchill, who put the legacy of Neville “Peace in Our Time” Chamberlain to shame during World War Two, Netanyahu will not allow himself to balk at what he views as a genuine threat to his country’s existence.

It’s the latter portrait, of course, that Netanyahu holds closest to his heart. His personal identification with Churchill was made clear to the world in 2007, when he declared that “the year is 1938 and Iran is Germany”. Then, at a speech he gave before the UN General Assembly in 2009, he opened with the following words: “Over 70 years ago, Winston Churchill lamented what he called the ‘confirmed un-teachability of mankind’: the unfortunate habit of civilised societies to sleep until danger nearly overtakes them.”

While, by most accounts, Netanyahu’s self-identification with the British war-time hero falls short on a number of fronts (of which more shall be said below), the question brought up by his infamous UN speech remains: have the world’s “civilised societies” been once again asleep at the wheel?

Amongst other frightening items of journalism that have appeared in the last few days, an opinion piece published in The Telegraph on 17 February suggests the question isn’t so far-fetched. The op-ed began with the observation that if the two decades of relative comfort brought about by the end of the Cold War don’t end in 2012, the West’s efforts to prevent a nuclear catastrophe could trigger a huge crisis affecting millions. The piece went on to make this qualification:

“If that sounds like an alarmist prognosis, consider the situation in Iran. Despite an ever-tightening net of economic sanctions – not to mention a covert campaign of sabotage – Iran is drawing inexorably closer to achieving the ability to build nuclear weapons. At the last count, 6,208 centrifuges were enriching uranium inside a previously secret plant at Natanz, defying six United Nations resolutions which ban the regime in Tehran from operating a single such machine. Meanwhile, a further 412 centrifuges have been moved to another once-secret installation. The latter facility, known as the Fordow Fuel Enrichment Plant, was discovered only by the skill of British, American and French intelligence agencies. With enough space for 3,000 centrifuges, it lies beneath hundreds of feet of rock, meaning that it could be immune from military attack.”

In an interview with the same newspaper, the British foreign secretary William Hague warned on Friday that any decision by the Ahmadinejad regime to construct a nuclear arsenal would trigger a “new Cold War in the Middle East without, necessarily, all the safety mechanisms”. Hague also told the BBC’s Andrew Marr on the weekend: “I don’t think a wise thing at this moment is for Israel to launch a military attack on Iran. I think Israel like everyone else in the world should be giving a real chance to the approach we have adopted on very serious economic sanctions and economic pressure, and the readiness to negotiate with Iran.”

For Netanyahu and his close ally Ehud Barak, Israel’s former prime minister and current minister of defence (and, coincidentally, its most decorated soldier), the above words will no doubt bring to mind shades of Chamberlain. That the pair has long been planning a pre-emptive strike against Iran is no secret, but it’s clear, given that Barack Obama’s national security advisor Tom Donilon met with them both on Sunday, that these plans are now very close to operational. Will Israel attack? It’s beginning to seem more and more likely.

Consider, first, that Iran’s foreign minister Ali Akbar Salehi chose Sunday – the day of Donilon’s visit – to announce that his country is determined to pursue the advancement of its nuclear programme, and is therefore ready to face any “worst-case scenario” (an instance of Israel-baiting if ever there was). Then consider that a senior United States official has just informed the Israeli left-wing newspaper Ha’aretz that the messages out of Israel in the last six months have been more strident, with respect to the likelihood of an attack, then at any time in the last two years.

Like Britain, the United States is calling for calm at the moment and a continued commitment to the twin strategies of sanctions and negotiations. But like his World War Two hero, Netanyahu is really starting to chomp at the bit. It’s a potentially catastrophic showdown, and although he routinely ignores the newspaper, the Israeli prime minister – if he wants Obama’s backing – would do well to read Ha’aretz’s 2009 deconstruction of his self-comparison to Churchill: “The American support [Churchill] received came at a price: the dismantling of the British Empire. Franklin D. Roosevelt opposed British colonialism, and in his first meeting with Churchill, when the United States was helping Britain but had not yet entered the war, the two signed the Atlantic Charter, which promised self-government for all peoples.”

Self-government for the Palestinians before Obama lends military support to Israel in a strike against Iran seems, for now, a fairy tale. Netanyahu, unlike Churchill, isn’t conceding. And so the truth is that the world doesn’t have a new Churchill to take on a man who may very well be the new Hitler. DM