Zuma and Malema: changing the rules to suit their game

Zuma and Malema: changing the rules to suit their game 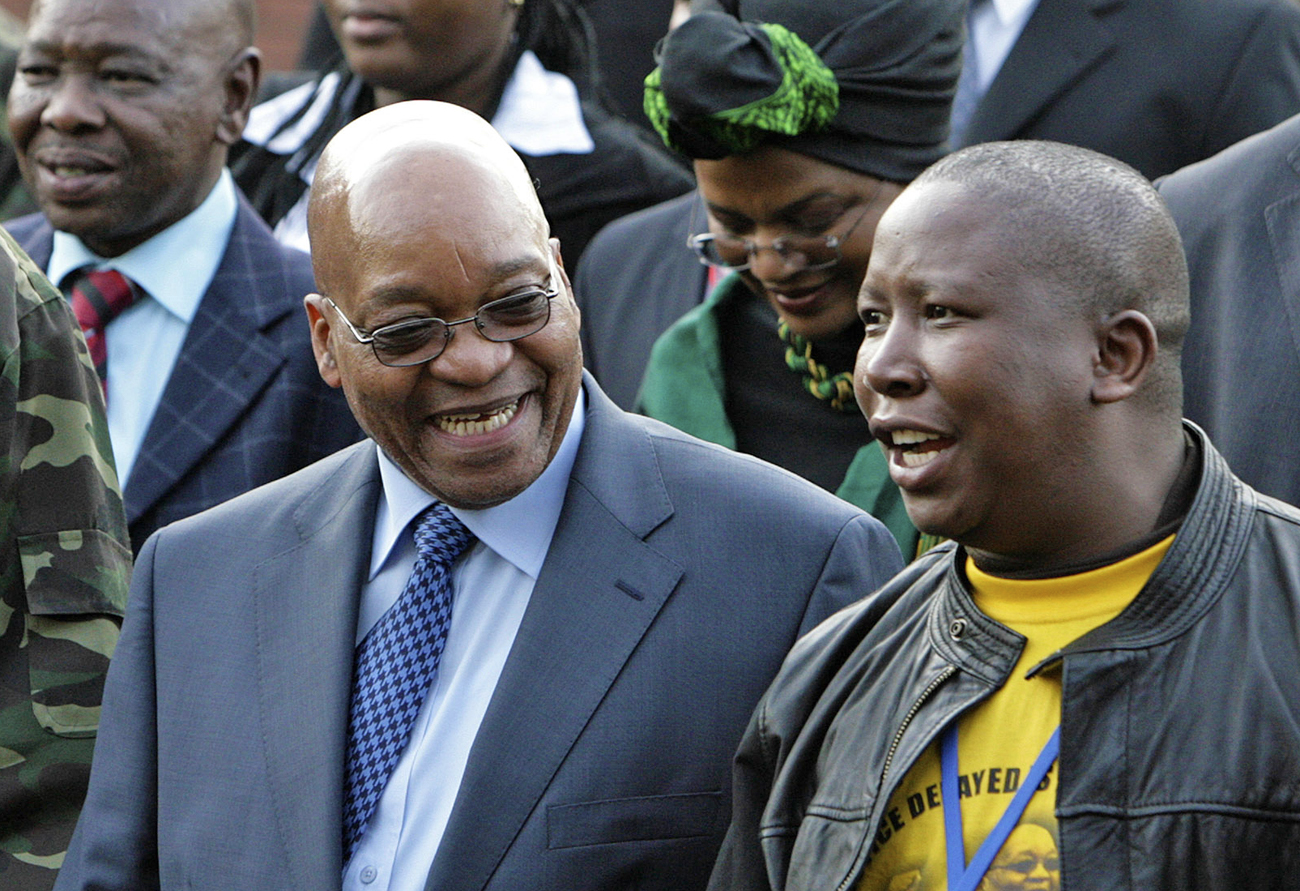 They both face calls “from the people” to change the way they work. In both cases, they face challenges almost to their very existence. They are also being called on to use a written code of conduct (the Constitution and the ANC’s constitution) to decide what could be looked at as political issues. And it’s striking that President Jacob Zuma is the central figure in both issues. But he’s on completely different sides of the principle.

On Thursday our favourite litter of young kittens (who are still trying to roar as a pride) claimed that only its members, symbolising “the people” in this case, could choose to unseat its leader Julius Malema. They said:

In short, they’re claiming that the “will of the people” must be respected, and that any other processes or institutions that exist cannot have the same power or legitimacy as the “people”.

Now, let’s look at what Zuma and some of his supposed supporters, in what seems to be a battle around the law and the Constitutional Court, say. They use the phrase “anti-majoritarian”. A lot. It appears to have the same meaning as the League’s use of “the people”. It’s certainly the same message. Only the people, the majority, have legitimacy, only “they” can decide; everything else is bunk, illegitimate, undemocratic and wrong. And, because of our past, it’s easy to see that implicit in this message is that if something is “anti-majoritarian”, it’s just a hop, skip and a jump to being, well, about race.

In both these cases, these players are making these points simply because it suits them for the moment. It suits Malema to have the ANC’s disciplinary processes delegitimised. In a fight to the death, he has to use every weapon he has. So his point is very simple, because the disciplinary processes are not democratic, they hold no bearing, thus he must stay on as head of the Youth League.

Which is exactly what Zuma said to the entire country not so long ago: I might have been guilty of corruption, I might have done all of these bad things, but the people want me, and thus president I shall be. The other institutions don’t matter, and they’re undemocratic bunk anyway. We will never know if this anti-judicial move would be so high on the agendas of both Zuma and those parts of the ANC that support him in this, were it not for his own peculiar path to the power. If he hadn’t been charged with corruption, and lost at the Constitutional Court, if he hadn’t tried to force through an extension for then Chief Justice Sandile Ngcobo, would any of this be happening?

The similarities are fascinating. For a start, in the same way that Zuma and those with him at Luthuli House damaged our judicial and court machinery, so Malema and co. are trying to do the same to the ANC’s disciplinary processes. In the end they could be damaged in very much the same way – they’ll maintain their broad legitimacy, but in the eyes of many, they will always be tarnished.

Then there’s the way in which Zuma is to the judiciary what Malema is to Zuma. Zuma is taking on, in his view perhaps, “the establishment”. Within the ANC, Malema is taking on “the establishment”. It’s odd, isn’t it? Zuma could be accused of using the ANC’s “judiciary” to protect himself from Malema. In much the same way Thabo Mbeki was accused of using the country’s judiciary to protect himself from Zuma.

Zuma is likely to come out at some point and talk about why it’s important to “respect” the ANC’s disciplinary processes. He may send out ANC secretary-general Gwede Mantashe to do it for him, but the message will come. He’s already put out the message in a different way, with all of this talk about “discipline” within the ANC. And gosh, even for us cynics, that’s breathtakingly hypocritical. Either you respect processes and institutions, or you just respect the will of the people. Surely there’s got to be some principle involved, at some point.

I know. Sometimes I could be very naïve.

But the real person who needs to take heed of this lesson is actually Zuma himself. Public opinion, both within the country and within the ANC, is something that can change very quickly. It’s malleable. It’s not easy to predict. It moves quickly, as Mbeki can attest. Sometimes the only thing slowing it down is institutions, processes that need to be followed. It’s vital for both our country and the ANC to have organisations that ensure there is some sense of, well, sorry to sound naive again, but fairness.

Zuma is trying to remove that in our judicial system. Malema is trying to remove that in the ANC. What happens to one will happen to the other. If Zuma succeeds in removing fairness from our body politic, then he will reap the reward. And that whirlwind will be swift in coming. It’s easy to imagine a scenario in which another skeleton somehow falls out of Zuma’s family cupboard. And that is then used against him by the Motlanthe-ites (doesn’t sound as good as “Mbeki-ites” but surely there must be some of them). Then we have the precedent of Zuma allowing the Mbeki recall.

As a result, public opinion will be inflamed, and there’ll be nothing Zuma can do to stop it. A wind that’s blowing against his back at the moment could turn into a tornado of opposition, and he’ll be out. Hung by his own petard.

Any attempt to force fairness, the law and rights into the conversation will be laughed at. Because it will be Zuma himself who would have removed those rights, the law and fairness from our politics.

It was then Sunday Times editor Mondli Makhanya who put it so well several years ago when he suggested that Zuma had “uncorked the power of populism”. As a result of that uncorking, Zuma then faced Malema the populist. It’s been unleashed now. It’s hard to put it back. But the least Zuma could do is to stop fanning it. Because while we may all go down as a result, he most definitely will. In South Africa, the sands always shift. DM