Limpopo’s communists on cleaning up the provincial mess 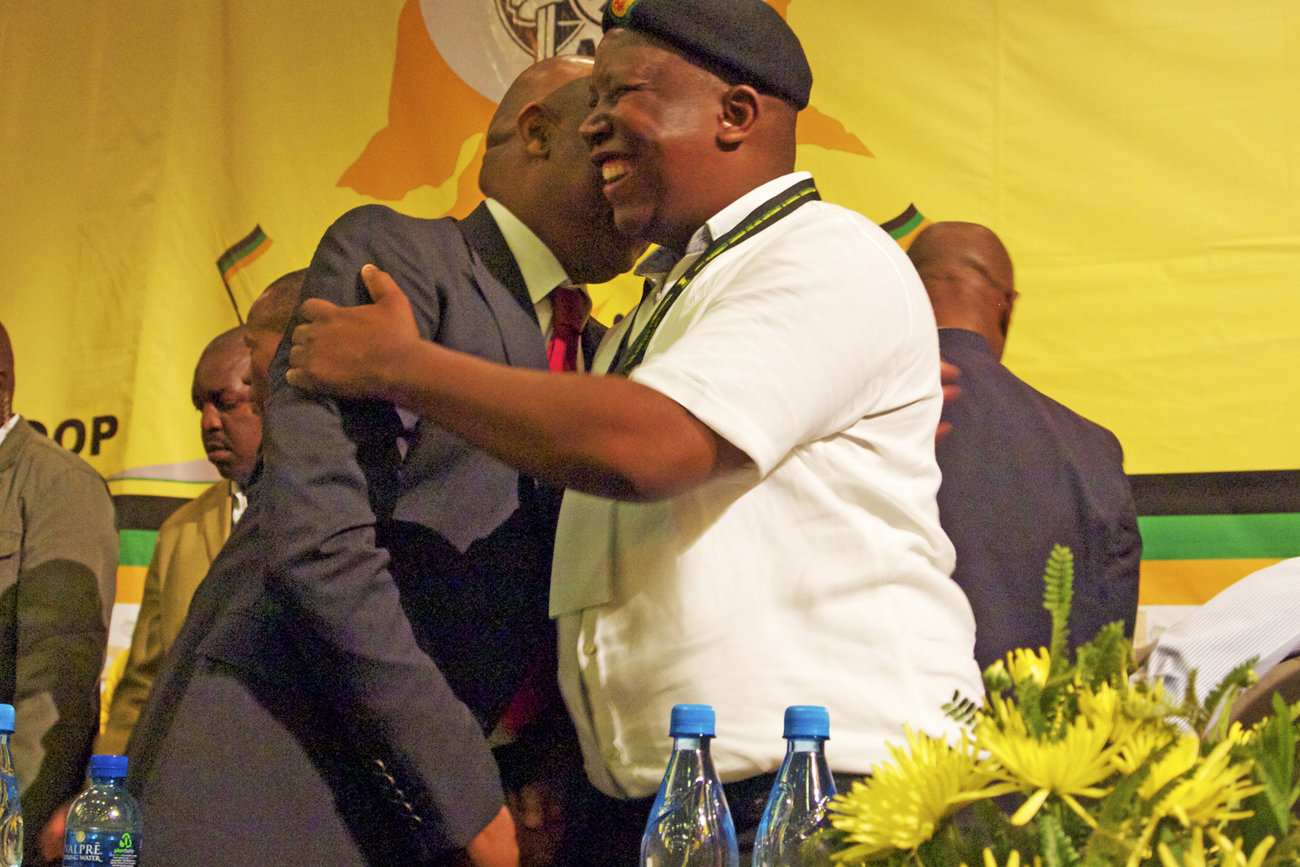 The financial mess that is Limpopo didn’t happen overnight. People have been suffering service delivery failures in the province for years. The Communist Party’s Gilbert Kganyago advises that more haste is less speed. The only way to root out the rot forever, he says, is a careful and considered approach which will take time. By MANDY DE WAAL.

Endemic and systemic. In the same way that you’d describe how a virus or cancer takes hold of and weakens an entire body, the SACP’s interim provincial secretary Gilbert Kganyago describes the state of Limpopo.

The SACP welcomes the government’s administration of the Limpopo, but we’re of the firm view that this cannot be dealt with using hurried measures,” Kganyago stresses. “A thought process still needs to be undertaken to ascertain what needs to be put into place as a sustainable measure to ensure we don’t slip back into the maladministration, corruption and bureaucratic decay.”

Kganyago cautions government against being pressured into a quick solution, particularly for the “victims of Limpopo” and people suffering from a lack of service delivery because of corruption and maladministration. “The question which is crucial here is would you follow the torturous(sic) route to find a long-lasting solution, or would you choose a more convenient route?

A torturous(sic) route in this instance would be to get down to the bottom of this maladministration by understanding the power relations within the province, particularly between political organisations and business. These power relations must be unravelled,” says Kganyago, who believes this is crucial to providing a long-term solution to the Limpopo crisis.

Only once the cause of the corruption, maladministration and nepotism has been well understood, can a policy framework be established to buttress efforts to fight the rot in the long-term. And when it comes to policy Kganyago says it’s not a matter of policy for policy’s sake. “There is a plethora of policies in this country – anti-corruption this and anti-crime that. The point isn’t the policy, but rather how to effectively implement policies.” Kganyago says the hard route is all about understanding how to remove red tape to ensure the thorough implementation of policies.

If you want to go the easy route you can simply say that people didn’t follow the right procedures for procurement policies,” he adds. That easy route is followed by corrective action which puts a Band Aid on the boil, but doesn’t treat the cause of the toxins that caused the suppurating mess. Kganyago says if you only treat the symptoms by brushing corruption aside and blaming the weaknesses in the system, the government might never identify or change the real causes that gave rise to those weaknesses.

The SACP believes government owes it to the poor and the working-class to get to the bottom of what happened in the Limpopo. This not only to expose the culprits, but ensure strong and decisive action is taken against those who transgressed the law. “This is an opportunity for the government to send a clear message, once and for all. This is an opportunity to show all and sundry that corruption is a serious deterrent to development, and that it must be routed out irrespective of whether individuals involved have connections in power groups,” Kganyago says.

And when it comes to prosecuting the guilty, Kganyago says there must be no exceptions and that the punishment must fit the crime irrespective of who the guilty parties are, or to whom they are related or connected.

The SACP’s provincial secretary says corrupt service providers are now holding the province to ransom by withholding services. “The message to send to everybody is that they must cooperate with the process of administration, and that the same uninterrupted services must be delivered to the people. If providers deliver services to the people, we will ensure they must be paid, even though the process had its flaws. Of course they must be paid, but one can’t stop providing services because companies say they are uncertain about payment,” he says.

Kganyago says service delivery failures in hospitals aren’t widespread, but adds that the collapse of essential services is symptomatic of the provincial government’s management failures. “There was heavy reliance on service providers rather than on the capacity of government to deliver services, which in itself is a shortcoming of the provinces’ own making.”

The SACP man in Polokwane says this makes it difficult to deal with corruption and banish fraud. “The service providers are now playing to the frustrations of the people,” he says. “People in the province will now say they were in a better place before government administration because they had services.”

Rumours started circulating a couple of weeks ago that service providers would not be paid, and many of these outsourced companies withdrew their services, some from hospitals and other essential facilities. “This is the psychology that is being used and is a way of blackmailing the masses. These corrupt officials, politicians and businessmen are blackmailing the people into believing that when there is a lack of services, and when water or electricity is suspended it is the fault of the national government,” Kganyago says adding that when services are cut, providers say they are not the cause. “The SACP dismisses this argument as disingenuous and insincere.”

And the truth Kganyago says the SACP wants to know? “We want to know in simple terms, where did the government’s money go?” Now that’s the R2-billion question the whole of SA, and not just the SACP, wants answered. DM

This article first appeared in iMaverick on Thursday, 16 February 2012.