Should Bubba run the World Bank: Bill Clinton, an ideal... 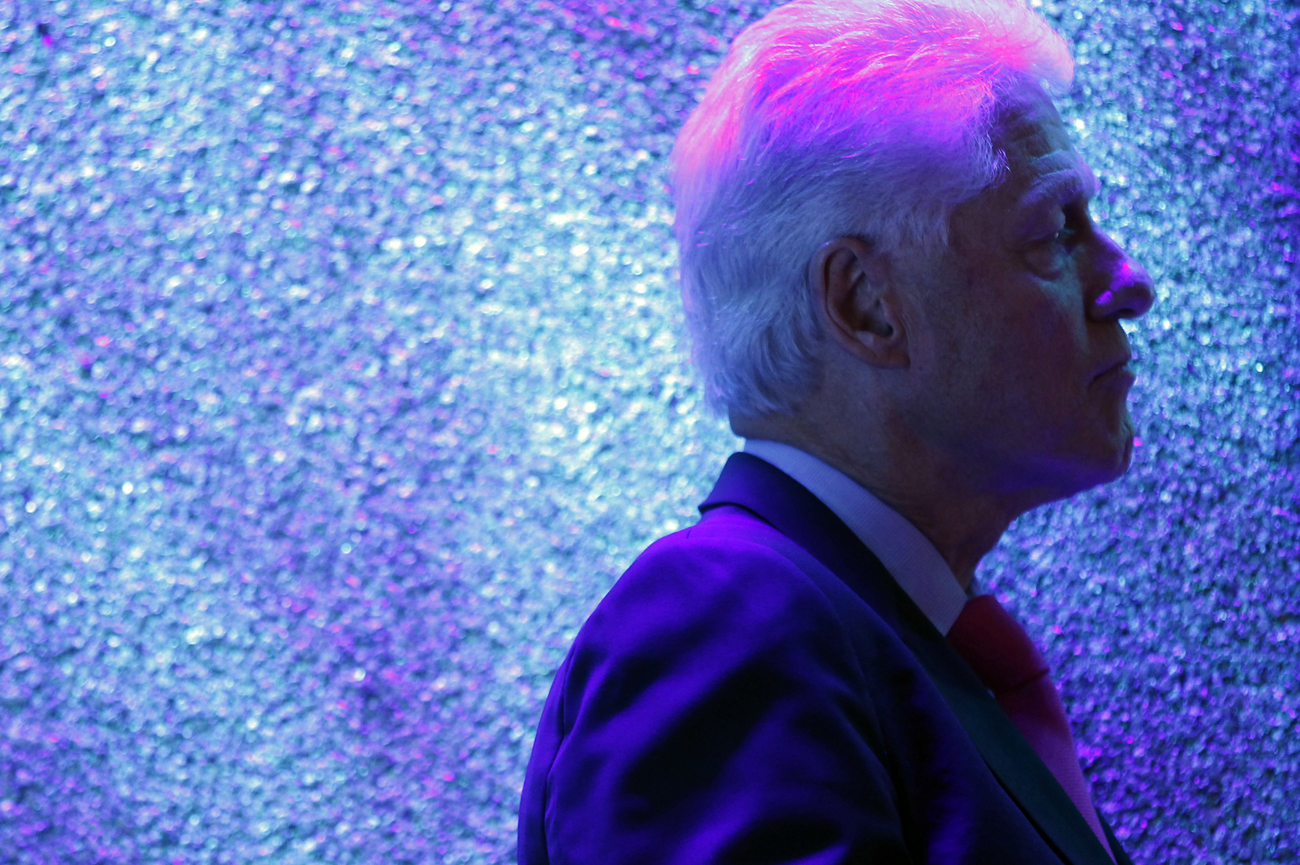 The Bank, as the wonks call it with exaggerated simplicity, is losing headman Robert Zoellick in July. It's up to US President Barack Obama to replace him, and he'll have hell to pay from Santo-Romney should he pick a non-US citizen. Bill Clinton fits the, um, bill. By RICHARD POPLAK.

Robert Zoellick, former American chief trade negotiator and deputy secretary of state, is stepping down from the top of the World Bank. Depending on who you ask, this is either because Barack Obama told him to, or because he is gearing up to help up the Republican presidential campaign, or because he wants to spend more time with his four-year-old shih tzu.

Who can say? But over the course of his five-year tenure, Zoellick has not been an unqualified disaster, unlike his predecessor, Paul Wolfowitz, who was pushed out in a staff mutiny back in 2007.

Zoellick came in and faced down the brewing food, energy and financial crisis without so much as twitching his Ned Flanders moustache. He focused on emerging economies, and went begging for more funds. In 2008, lending was at 13.8-billion. In 2010, it stood at 44-billion. He managed to increase the bank’s resources to over 86-billion, the first such bump up in two decades. He secured more buy-in from the likes of China and Brazil, and while he hasn’t necessarily made the world a better place, he hasn’t made it markedly worse.

But five years is a long run, and Zoellick is not what one would describe as an Obama booster. It is thus time for him to go. Who will replace him?

This being the World Bank, you’d think anyone from anywhere in the world would be eligible for the job. Much like the wrangling after DSK managed to screw himself out of the top job at the IMF, developing countries feel pretty strongly that they should at least be allowed to field candidates, and be allowed to pretend that they might get the job. Indeed, the Obama administration will open up the nominations internationally, at least in spirit. It’s said that Tony Blair is interested, which is hilarious in and of itself, but unlikely. Blair is unloved in Downing Street, and in just about every other street in the world besides the odd avenue in Washington.

No, in these supercharged times, the job will undoubtedly go to an American. Obama’s friends and enemies in Congress have made it clear that they will accept nothing less. Larry Summers, head of Harvard and Obama’s one-time key economic advisor, has been touted for the position. At one point, it was said that current secretary of state Hillary Clinton would happily take the reigns. But that has been shot down by her spokesmen.

Her husband has, however, conspicuously failed to deny such canards. Bubba, whose reputation as an international statesman has grown in step with his speaking fees, would probably make for a consensus candidate. Obama doesn’t have too run the appointment through Congress, which means the few Republicans who still bother to hate Clinton will have no chance to indulge in their boilerplate obstructionism. That said, Obama can’t afford to flub this. Bill Clinton, for all his Aids baby-hugging charm, is a Yankee Doodle booster to his last white blood cell. It makes a lot of sense.

Just because he hasn’t said no, doesn’t mean Clinton will say yes. He is not well, and at 65, he might well fail the standard health tests, which would damage his meticulously burnished brand. The Bank is, for the most part, a thankless gig – all the emerging market leaders who love getting their picture taken with him at Davos will start getting nasty at some point in his tenure. And it’s hard, hard work – especially for a guy with a bum ticker and curfew.

It is a tempting daydream, though. Clinton could, at this stage of his journey, become a transformative Bank-er. He is much more than a technocrat – he’s a celebrity leader that people are only too happy to listen to. His decisions would be given serious consideration in any capital, and he’d get a lot of what he asked for.

In short, the World Bank might be in line for a reputation reboot. Correspondingly, it’s intern applications may drop off somewhat. You can’t have it all. Lord knows, Bubba has tried. DM

Photo: Will Bill Clinton be up next as head honcho at the World Bank? REUTERS/Lucas Jackson.