Return of Die Antwoord: The endearingly soft side of Ze...

Return of Die Antwoord: The endearingly soft side of Zef 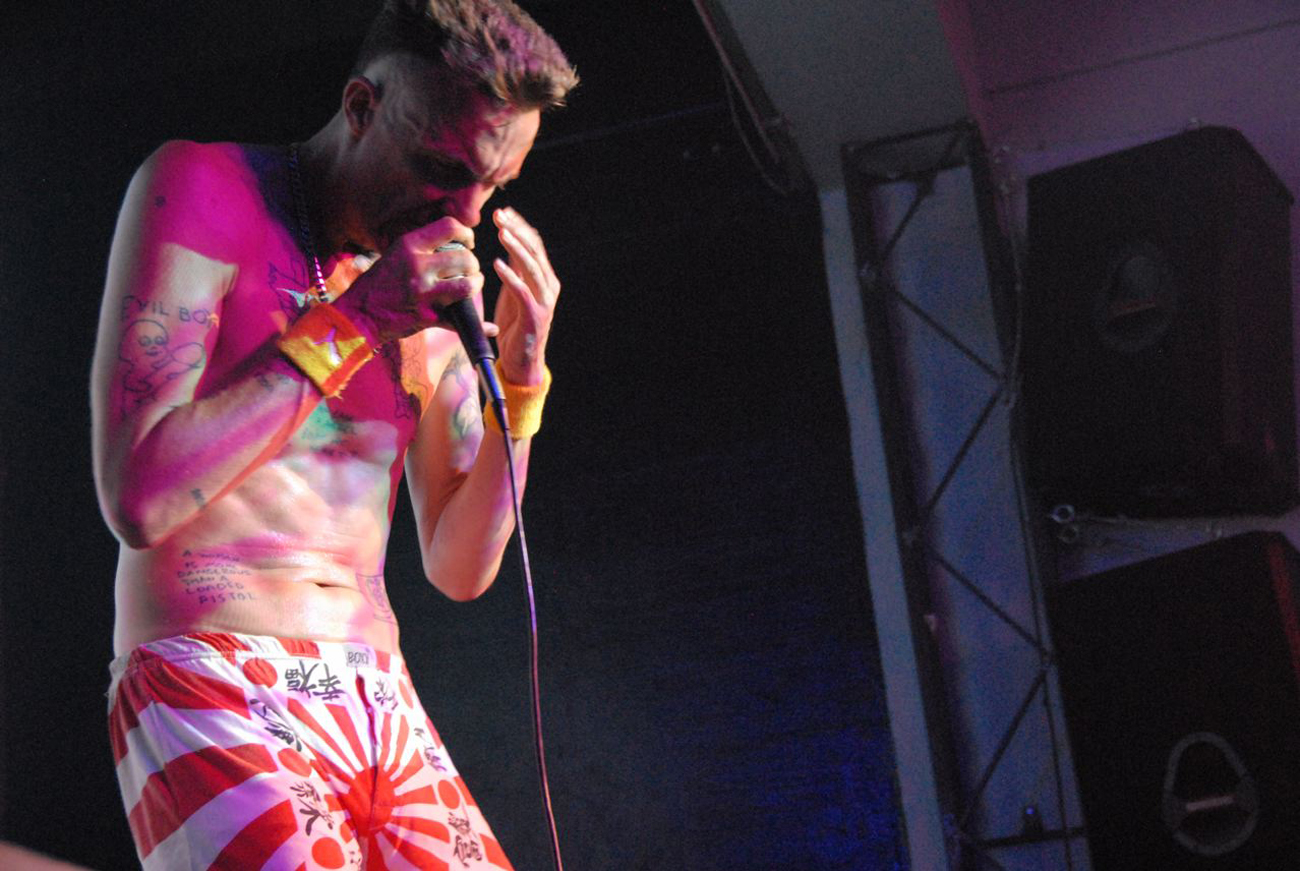 Currently touring the US to promote their second album Ten$ion, Die Antwoord are hitting some next-level sh*t – like billboards on Times Square as the new faces of fashion designer Alexander Wang, and an appearance last week on Letterman. Of course, there are still the haters. Which is why KEVIN BLOOM gives (yet another) take on the source of their enduring charm.

Die Antwoord’s “genius” has been written about in this medium and others so many times, and from so many competing angles, that two years after the rave-rap duo exploded all over the Interwebs it kind of feels like there’s nothing much left to say. In fact, it was in April 2010 already that the Daily Maverick got bored with all those breathless attempts at deconstruction, those long essayistic pieces that referenced everything from Eminem to Aeschylus in an effort to “understand” (or was it, less benignly, to “demystify”?), and so we decided rather to sit back and enjoy. Thing is, with a band like Die Antwoord, half the enjoyment resides in the sense of gaping disbelief: the sense that hierdie ouens can’t get away with something like this; the sense that we better smaak it now ‘cos soon it’ll all be a memory wot we won’t tell to the kleinkinders one day.

And then, of course, they not only survive well into 2012, but go on Letterman to promote their second album and get their faces plastered all over Times Square and get panned in Rolling Stone (the US version, while the local version carries a beautiful photograph by Dan Roberts on the cover, featuring Ninja and Yo-Landi and their scowling daughter above the title Zef’s First Family). So what is a self-avowed fan to do but jump straight back in and start deconstructing all over again?

Ja, well, maybe not from the very beginning – not from those plagiarism claims and “blackface” allegations – but from a hill that’s a little more defensible, being the hill of Die Antwoord’s much-vaunted media nous. Which was, to this writer’s unrestrained pleasure, on full display in a feature article that ran in the New York Times of 26 January.

The correspondent was Eve Fairbanks, the header was Johannesburg’s Most Wanted, and the conceit was that Ninja and Yo-Landi would take said correspondent out on the town on New Year’s Eve. As an opener, Fairbanks quoted the email she received from Ninja to let her know what was in store: “We r taking 1 day/nite off 2 get really drunk wif some homies in a dodgy hood in Johannesburg called FIETAS on New Years Eve. Dere are always fights in Fietas on New Years Eve which should be fun.”

In the event, the night started with a photographer coming around to do a shoot with Ninja and Yo-Landi and a boxful of doves, a cat eating most of the doves, and an “appalled” Ninja petting one of the remaining birds and saying, “I’m sorry.” And did it end as promised, with Fairbanks witnessing a piss-up and a fight at Fietas? No, because Fietas (as far as my own years of trawling downtown Joburg can glean) is fiction, and because Ninja doesn’t drink. The night ended, instead, with Ninja in a beanbag chair offering Fairbanks a cup of tea.

Here, then, is the latest in the hopelessly long and totally unnecessary list of Die Antwoord insights: hardcore, when presented on its own – without shadow and lacking contrast – is tedious. For hardcore to really work, there needs to be an underlying element of vulnerable charm. Ninja and Yo-Landi know this, which is why they’ve managed to stay ahead of the game, and why the New York Times saw fit to end the above feature with the following quote from a guest at Die Antwoord’s New Year’s party (the track to which she was dancing was off the new album, Ten$ion): “‘I love this, and I’m nearly 60!’ she shouted. ‘It brings everything alive.’”

Die Antwoord’s masterful sleight-of-hand, their now-you-see-us-now-you-don’t quality, translates of course into the music itself – and can perhaps be paraphrased into the “is-it-real?” question. As in, “Am I really digging this? Can I be this easy to manipulate?” My girlfriend, when she watched an online version of the live performance of I Fink U Freeky on Letterman last week, seemed to articulate what thousands have been finking when she said: “It’s like they’ve brainwashed me. I don’t want to have it in my head, but I do.”

Watch the official video of I Fink U Freeky co-directed by photographer Roger Ballen and Ninja:

Meaning, it probably doesn’t matter that Die Antwoord have once again been accused of copyright infringement. Their purposeful reference to South African artist Jane Alexander’s Butcher Boys sculptures, in a teaser trailer for Ten$ion that has since been removed from the Internet, is likely to be nothing more than the next in a growing litany of easily-forgotten complaints. After all, it’s not as if Die Antwoord weren’t explicitly acknowledging Butcher in the video. In an interview on 15 February with the Cape Times, Ninja called her one of their “favourite artists in the world,” a person who inspired a lyric in the breakout track Enter the Ninja. He also said, showing again his soft side, “We still love and respect Jane’s work with full force and she will always remain one of our favourite South African artists.”

Justifiably, what’s possibly concerning Alexander is Die Antwoord’s already global and still growing influence – the fear that her formidable artwork will be subsumed and decontextualised by the sheer size of the phenomenon. Not helping to play down this sense of heft was Die Antwoord’s decision to distribute Ten$ion on their own, after Interscope, the giant label with whom they’d signed a million-dollar deal in 2010, baulked at some of the lyrics.

And so, finally, we come to that throwaway phrase in paragraph two of this piece, the allusion to the ‘panning’ that Die Antwoord recently received at the hand of the United States edition of Rolling Stone magazine. Wrote James Sullivan on 11 February with reference to the Boston leg of their current US tour (under the inspired headline Die Antwoord on Tour: Don’t Look for Answers): “Actual cloth draped Hi-Tek’s equipment deck, providing a backdrop for the band to project a series of stark, Keith Haring-esque drawings and footage of the late artist Leon Botha, the little guy in their videos who had the premature aging syndrome progeria. That too could’ve been intentionally symbolic: an act this over-the-top is bound to age prematurely. Yes, yes, already: we fink u freeky.”

To which the reply can only be: yes, yes, already James, we know you write for Rolling Stone, but you’ve seen the fans, and you’re just one more scribbler who’s got the answer (heh, heh) wrong. DM