Malawi: talking about a revolution

Malawi: talking about a revolution 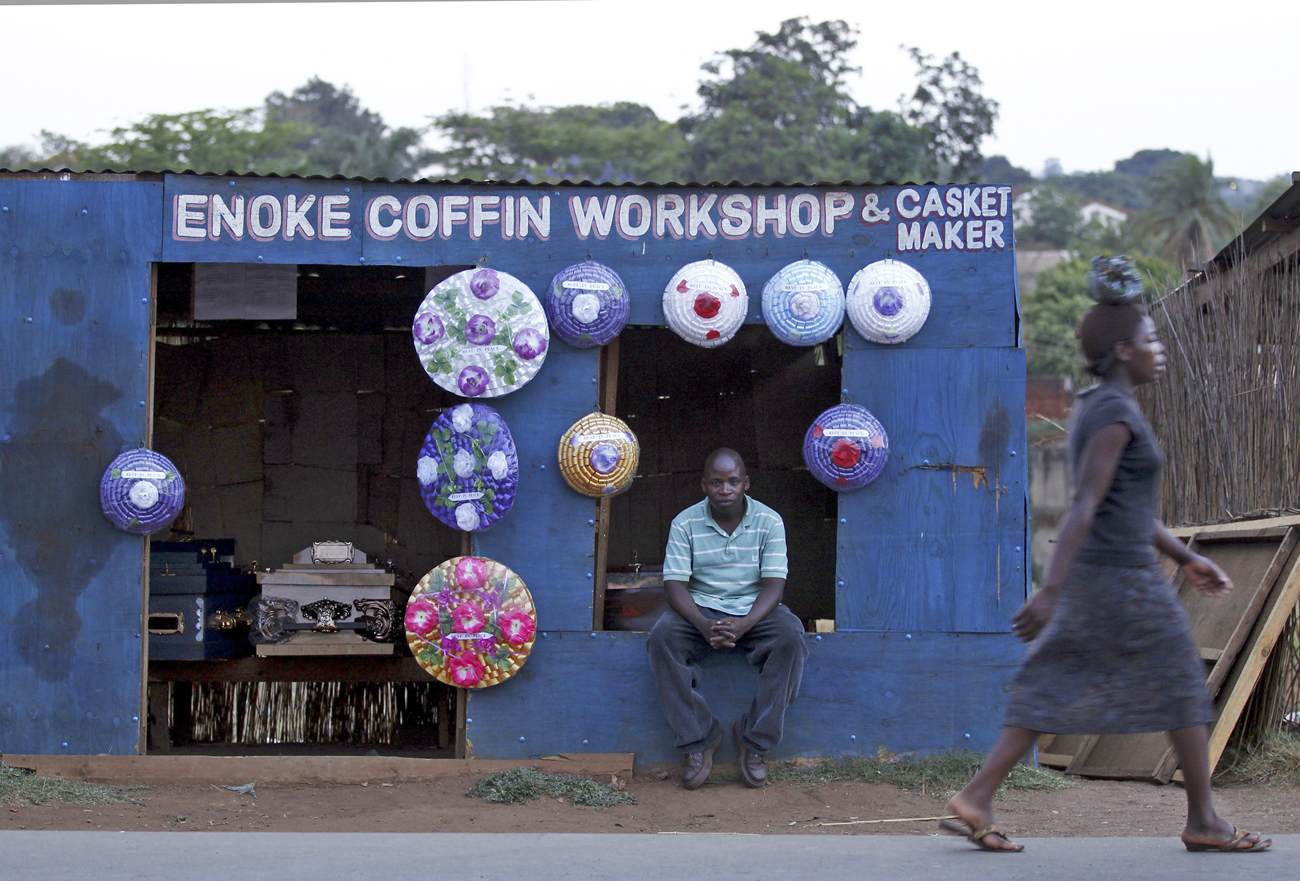 Last year, Malawi was rocked by huge street protests as long-simmering discontent with President Bingu wa Mutharika’s increasingly autocratic rule boiled over. These were immediately and brutally suppressed. Mutharika told his people to stop “crying like chickens”. Since then, Malawi has been out of the spotlight. These days, it’s hotter than ever and might be ready to explode. By SIMON ALLISON.

Malawi is a mess. The economy is in tailspin, hurting from a precipitous drop in tobacco prices and years of economic mismanagement. There’s hardly any petrol. The people are angry, fed up with Mutharika’s efforts to consolidate power in his own person. The judiciary is on strike, and no cases have been heard for six weeks. The prisons, as a result, are overflowing (judges are the only people empowered to release prisoners, so they’re stuck in their cells until the strike is over). Not that this is stopping the police from making more arrests, filling up those cells until men are sleeping one on top of another. Meanwhile, anyone looking to change the system is being targeted by authorities in a low-intensity, but very real intimidation campaign.

Take Ralph Kasambara. He’s a lawyer, but not just any lawyer. Before turning into one of Mutharika’s greatest critics, he served as his attorney general. This is a guy who knows what he’s talking about and has the principles to back them up. On Sunday, he called for the president to be impeached. Not an unreasonable request; Mutharika has consistently ignored both parliament and the courts, as well as freezing out his elected vice-president Joyce Banda. There are plenty of potential grounds for impeachment. The next day, Kasambara found himself in one of those overcrowded prisons in Lilongwe, arrested under the bizarre charge that he had kidnapped and tortured three men. Kasambara denies the charge, saying the three men in question broke into his offices with a petrol bomb, and his guards prevented the arson attack. He also says they confessed to having links with the ruling Democratic People’s Party, which is the organisation founded by Mutharika when he abruptly left the party that saw him elected the first time round in 2004. He hinted that his arrests had nothing to do with fabricated kidnappings, but were a result of his outspoken comments of the day before.

Malawi’s jurists clearly favour the latter interpretation. They briefly called off their strike – which stems from the government’s refusal to give them a 50% wage increase approved by parliament in 2006 – to hold a hastily arranged bail hearing for Kasambara. The police being ordered to release him on Tuesday. They prevaricated, only letting him out on Wednesday morning, before re-arresting him a few hours later – his bail process was flawed, apparently. But police on Wednesday refused to hear urgent applications from Kasambara’s lawyers, according to a source in Malawi, and moved him to a maximum security prison.

This fits the general pattern of intimidation used on opposition figures, said Billy Mayaya, head of the human rights and advocacy department of the Presbyterian Church in Malawi. Mayaya was one of the organisers of last year’s protests, which were violently quelled by government security forces, killing at least 10 people. “Members of the opposition movement particularly human rights defenders have been the targets of the government’s vitriol. Anyone demanding accountability is branded unpatriotic, a gay rights advocate and an enemy of the state,” he told Daily Maverick. Mayaya knows what he’s talking about: he is himself fighting charges of sedition after being arrested for holding a sign at a protest that read “No to dictatorship! We demand good political and economic governance! Bingu is a dictator!”

But the government crackdown might be stirring resentment instead of stifling it. “There is widespread popular opposition towards the warped policies of Bingu and his party,” said Mayaya. “The continued mismanagement of the economy coupled with the enactment of laws to curb dissenting views are the key propellants of this discontent. Increased incidents of politically motivated violence are also contributing to the unpopularity.”

Unpopular or not, Mutharika holds all the cards. He’s sitting pretty in State House, and the army and the police answer directly to him. He holds an electoral mandate that doesn’t expire until 2014. And he’s proved himself more than willing to ignore demands for change and use force on his critics.

So what now for the opposition? First task must be to provide a united front. One of the wonderful aspects of the Malawian opposition is its diversity – politicians, lawyers, jurists, academics, civil society organisations, churches, all doing their thing. But its disparate nature is also its Achilles’ heel; it’s a chaotic, unstructured movement that could exponentially increase its threat with a little more coordination. Easier said than done, of course, especially in Mutharika’s Malawi. But also not out of the realms of possibility: “The chance of an Arab Spring-style revolution is a possibility,” concluded Mayaya.

Malawi might still be some way from the kind of mass protests that toppled Ben Ali in Tunisia and Mubarak in Egypt, and a Libyan-style civil war is out of the question at present. But discontent is simmering, and pressure is building both on Mutharika’s government and the opposition movement. Eventually, something will have to give. DM

Photo: Malawi is on the brink of something, it’s just a matter of time. REUTERS/Siphiwe Sibeko.