DA vs Zuma: A lawfare to remember

DA vs Zuma: A lawfare to remember 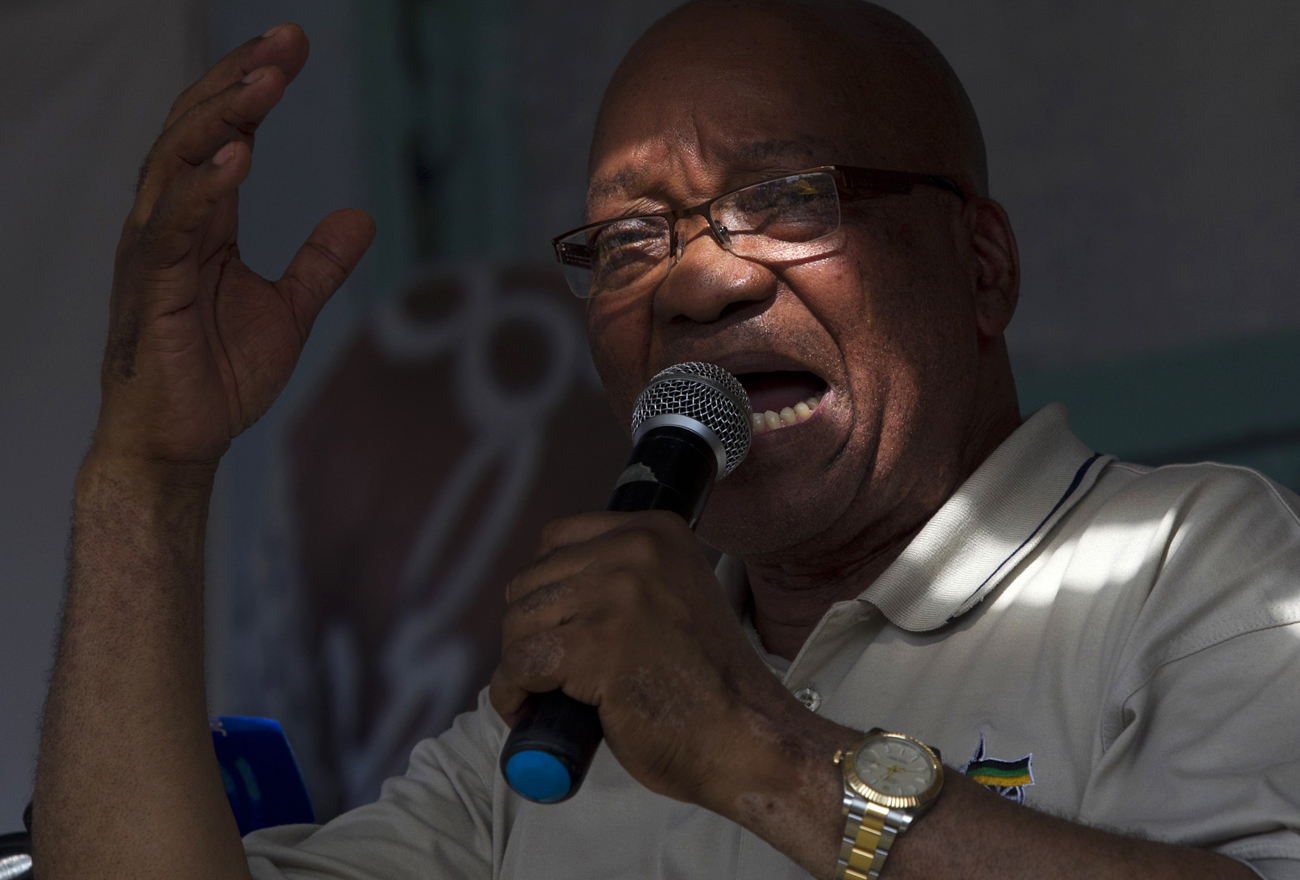 We've become used to the cynical manipulation of our institutions. Yes. That is a political statement, but we hold it to be true. Nowhere have the stakes been as high, and the apparent manipulation quite so shocking as in the strange case of the Zuma corruption charges. The whole thing was appalling then. It's still appalling now. By STEPHEN GROOTES.

President Jacob Zuma, you may remember, received money from Schabir Shaik. Shaik was convicted for this, and is now serving out a not entirely uncomfortable medical parole. Zuma was charged a few days after Polokwane. But then, just before the 2009 general election, the charges against Zuma were withdrawn – by an acting national director of public prosecutions Mokotedi Mpshe. Which is why the DA wants a judicial review of the decision to withdraw the charges. On Wednesday, they started the first serious stage of a legal fight that will last longer than the Battle of Stalingrad.

This particular Supreme Court of Appeal hearing is about two things. Whether the DA has “locus standi” or legal standing in the matter, and whether it should have access to the “record”, the information used by the NPA in making its decision. If it sounds like legal technicalities, that’s because it also walks like legal technicalities. But laws are there (usually) for a good reason, and so they have to prove their standing first.

You would think it’s an easy argument to make. We’re a political party, a group of South Africans, and thus we were affected by this decision, therefore we can bring this case. Sean Rosenberg “SC” (for an explanation of the inverted comma’s, go to Constitutionally Speaking) mentioned all of that. He spoke also about how the DA was allowed to represent the interests of its members. Then there was perhaps his piece de resistance, that this was a case of “huge magnitude” and to stop it here would not be in the interests of justice.

Aha! exclaimed the NPA’s advocate Paul Kennedy “SC”, but you’re wrong. Only an individual who is directly affected can bring such an application. The law is clear here. Sort of. You are supposed to be directly affected before you can bring an application in any matter. Supreme Court of Appeal Judge President Lex Mpati had his trademark smile glowing as he put the point that what if a commercial entity was investigated but not charged. Could then, a competitor ask for a review, simply to gain commercial advantage. Rosenberg put it clearly: sometimes the “commercial interest and the public interest overlap”. And to nail it home was the point that there is no rule preventing someone from acting in the public interest and their own interest at the same time – or to put it another way, just because it is in their interest, doesn’t mean it’s not in the public interest as well.

Kennedy faced a tougher time on this. At one point, several of the five judges all seemed to pounce at once on the suggestion that a decision not to prosecute is not reviewable. As one of them put it, what if the decision was wrong, would it be an “unreviewable wrong”. Kennedy was steady, “No… but you have to bring a person who was directly affected”. Worth every penny.

Zuma’s advocate Kemp J. Kemp (remember him? Zuma rape trial, quoted from Goldfinger about “three times is enemy action”…) had a much more interesting line of thought. A decision to not prosecute is not reviewable he says, because “it doesn’t affect anyone’s rights”. Bear in mind, Zuma has previously gone to court claiming he would ask for a review of a decision to prosecute (back in the Mbeki era). So he can’t say now that NPA decisions are not reviewable. But Kemp can say that a decision to prosecute inevitably affects the rights of the person. A decision not to prosecute does not. Nice one.

He also pointed out that what we’re all arguing about is a decision to “withdraw” charges, rather than “drop” them. There’s no double jeopardy here. He says the decision “can be revisited at any time”. That’s what those headlines around the ANC Youth League and Zuma were about a little while ago, that perhaps this case would aid their cause. Judge Mohamed Navsa was ready: “But there’s no indication that it will be, is there?” He didn’t press the point.

But Rosenberg kept his A-bomb for the end. Normally the reply in any argument is the boring part, you can’t bring up new evidence. But you can respond. And his response had a nice classical legal-political ring to it, “Some crimes are victimless… corruption may indeed be one of them”. Plays on several levels, doesn’t it? He’s essentially saying that a politician’s hand in the cookie jar doesn’t affect anyone directly. But it does affect all of us indirectly. There is less government money to roll out water provision, for example.

There was, inevitably, much time spend on the idea of “opening the floodgates”. Zuma and the NPA contend that if the DA wins this, then anyone would be able to ask for the record of any decision the NPA makes. But as Navsa put it, “You’re putting us in an all or nothing place, it’s either open the floodgates or build a dam wall”. Of course, it cannot be quite like that.

And then on to the argument about the record. The NPA has previously claimed that it contains a “mind-numbingly large” number of documents. We’re talking about huge lever arch files taken from Shaik’s offices and Zuma’s premises. An average sized rain forest. The DA says the NPA’s also claimed that most of this would be “meaningless” to the party, and not relevant to its application. But that’s not what it wants. What it wants is what was on Mpshe’s desk when he made the decision. That will be the core of this case.

Rosenberg also puts it well when he says that the courts have a duty to limit the power of the state, it still cannot exercise that power without the record. For Navsa, some of this was manna from heaven. He quizzed Kennedy about why “if they’re meaningless, you don’t just hand them over”. Kennedy says this is about policy. The documents will be used as a “springboard” by the DA. And it shouldn’t have to entertain this kind of thing about every case – back to the floodgates we went.

Kemp has a very different issue. He claims to be not too worried about the documents. Well that’s what he says. What he does want is a written assurance that he and Zuma will be warned before any documents are released. So they can go to court to stop it, if they want. And believe me, dearly beloved, when I say that they very much will want to. It’s a delaying tactic, a stall, a continuation of the ‘Stalingrad’ strategy followed by Zuma. And it’s worked so far, hasn’t it?

Normally, in political cases, we have a pretty clear direction of which way they will go, and, if we’re especially blessed, a view on the moral rights and wrongs. It seems obvious that the nation does deserve more information why the charges against Zuma were withdrawn. Quite frankly, it seems, to use a phrase mind-numbingly obvious, that pressure was put on Mpshe by Luthuli House, and he caved. Certainly the prosecutors involved, Billy Downer and Anton Steynberg, believed they had a case, and that any “conspiracy” could be used by Zuma in his defence. In other words, it should be tested in court. But the NPA’s argument about the “floodgates” does have some weight. It cannot be dismissed out of hand. This works for both the argument about the record, and the debate around standing. Either way, there’s one thing we can predict with 100% confidence. It’s a case about politics, the law and Zuma. See you on Constitution Hill. DM