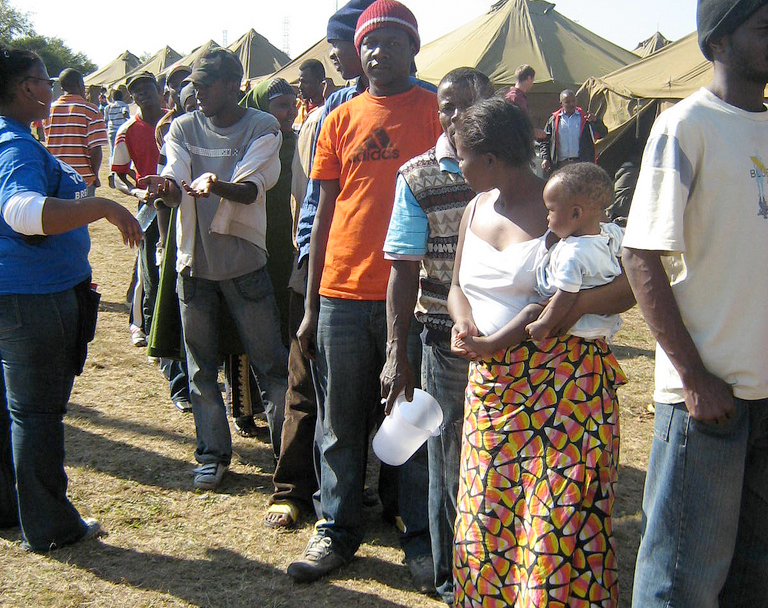 Civic organisations scored a major legal victory against the department of home affairs when a Port Elizabeth judge ruled that a refugee reception office, illegally closed by government late last year, be reopened and restored to full functionality immediately. The verdict’s message to government is unambiguous. By MANDY DE WAAL.

Judge Jeremy Pickering ordered that the office, which was closed in November 2011, be reopened with immediate effect and allowed to operate at full functionality to serve refugees and asylum seekers in the Nelson Mandela Bay municipality.

The action was brought against the department of home affairs by the Somali Association of South Africa and the Project for Conflict Resolution and Development, in conjunction with the Hivos Eastern Cape Refugee and Migrant Programme, the Nelson Mandela Metropolitan University Refugee Rights Centre, the Social Change Assistance Trust and the Black Sash.

“The department of home affairs and director general did not consult the standing committee on refugee affairs on the closing, which the Refugee Act says they must do.” Michael Bendle, of the Project for Conflict Resolution and Development told iMaverick. Civic organisations were invited to meet with home affairs in Pretoria in October last year, and were told that the refugee reception office would stop processing new applications the next day, and close at the end of November 2011. “There was no consultation whatsoever. The arrogance was unbelievable.”

“It is going to be a bit of a logistical nightmare for them,” says Bendle. “Hopefully in a few days they will be able to start issuing permits and running an office as they are supposed to. All of us will be monitoring it in PE to make sure what is happening. Home affairs will probably say they are studying the judgment and I suppose the next step is whether they will appeal it or not,” he says.

The department of home affairs failed to comment by deadline.

Bendle said court papers showed there were some 22,000 new asylum seekers in Port Elizabeth in  the past 12 months, and government’s action had forced refugees to go to Cape Town’s refugee reception office.

The judgment doesn’t mean asylum seekers will have an easier time in Eastern Cape. Vuyo Msizi is a fieldworker for the social change assistance trust and says his biggest concern is the way refugees are treated by home affairs’ employees.

“I monitor the way refugees are dealt with and it is very inhuman,” said Msizi. Refugees often make their way from remote areas to the Port Elizabeth refugee reception office in the early hours of the morning to get into a queue. “The refugees stand there for long hours, often from 04:00. The officials will arrive at about 07:30, but only start work at about 08:30. The refugees are not even permitted to sit down. If they want to sit down because they are tired, the security officers force them to stand up. That is not an acceptable way of dealing with people,” he said.

Msizi said the first thing the asylum seekers ask is why they are treated so inhumanely. “The refugees say, ‘We are also human beings. Why are we treated like this?’

“What worries us is home affairs employees understand the provisions of the law when it comes to refugees,” said Msizi. He claimed incidents of “xenophobia” were common in Port Elizabeth, particularly in the Motherwell area where Somalian shopkeepers have been the targets of looting, robberies, assault and murder.

Last year some 50 Somalian spaza stores were looted and set on fire. Local police said this had nothing to do with xenophobia, but had been caused by “business squabbles”. Shortly thereafter deputy president Kgalema Motlanthe joined local leaders in the city to urge the community to be more compassionate.

Despite the judgment, civic organisations are sceptical whether refugees in Port Elizabeth can expect anything other than a tempestuous reception when home affairs reopens the reception office. DM

Photo: Refugees are struggling and made to wait in long ques in Port Elizabeth. DAILY MAVERICK/Mandy de Waal.