The harsh lesson that is Limpopo 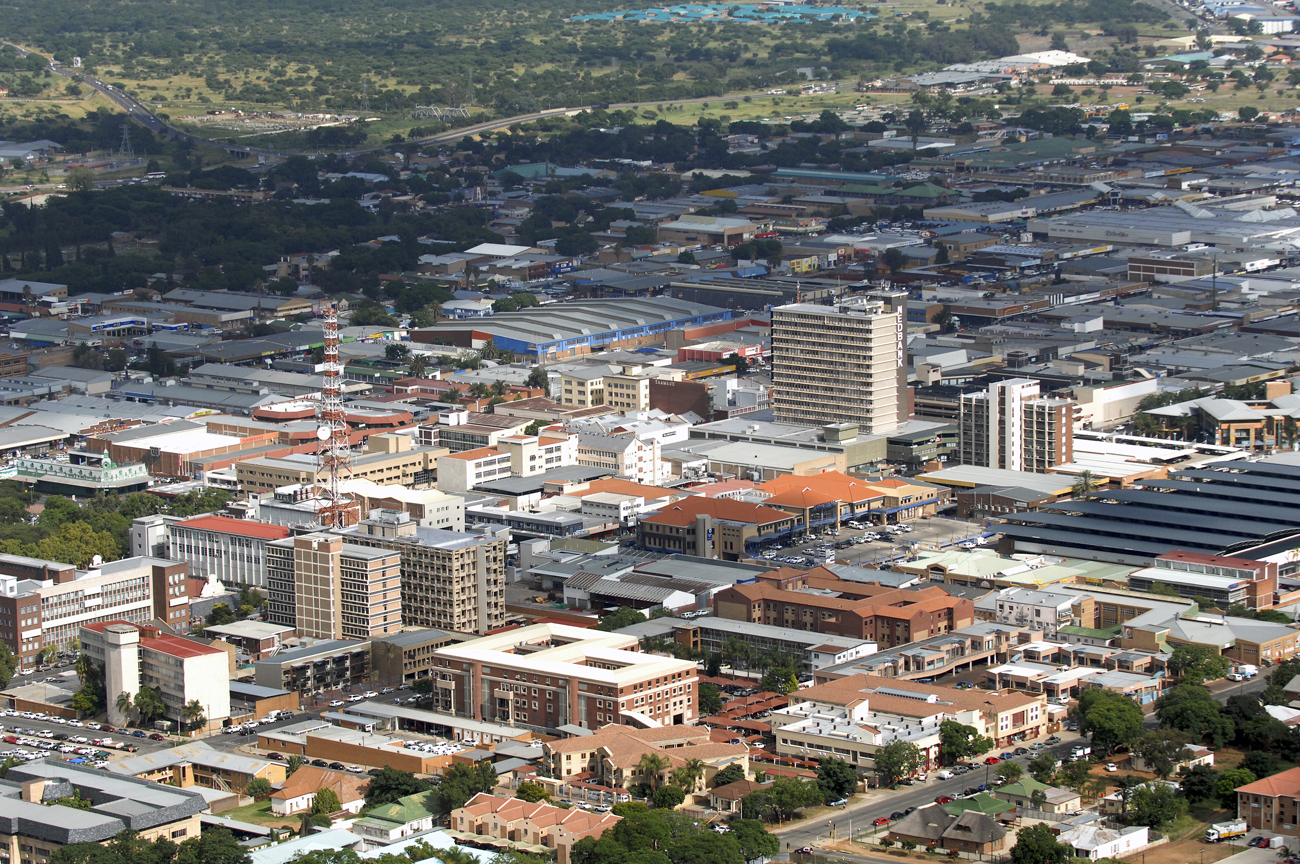 The rot in the province ruled by Cassel Mathale has been fermenting for years, but only when Limpopo was technically bankrupt did the government step in to do something about the financial fiasco. In Limpopo’s streets, schools and hospitals people continue to pay the price of a province engineered for personal profit. By MANDY DE WAAL.

“Limpopo is a ticking time bomb.” That’s the view of independent journalist Ndivhuwo Musetha who covers news in Limpopo for African Eye News Services, local newspapers and who strings for a couple of national titles. Musetha describes a province in disarray, but says that the rot set in long before the national government stepped in and put Limpopo under administration because the region under the rule of Premier Cassel Mathale was bankrupt.

“There are teachers on the streets and schools that need teachers, but the teachers are on temporary contracts and many haven’t had their contracts renewed,” says Musetha, speaking to Daily Maverick from Thohoyandou in the Limpopo. “There is a school in Musina that has 600 learners and is in need of about 20 educators. You can only imagine what is happening in that school without teachers.”

Musetha says the situation at hospitals is even worse, and that a facility like the Donald Frazer hospital near Thohoyandou has a shortage of over 30 doctors. “That hospital has only got nine, and at Musina the hospitals are also short because posts haven’t been filled. There are also hospitals with a big shortage of medication and where there’s no food for patients.”

The journalist says that Limpopo is long-suffering and that the shortages are ongoing because people in provincial and municipal seats of power keep positions open so that they can fill these with friends, family or people who’ve helped bring these officials to power.

The government took “emergency measures” in Limpopo late last year because the province was technically bankrupt, and it was apparent that public sector employees like teachers, doctors, nurses, social workers weren’t going to get paid. Service providers in Limpopo, a province with an over reliance on outsourcing government, were also likely not to be paid.

The national treasury said it had warned Limpopo numerous times during 2011 that it was running out of cash, and at the year’s end had to step in and take over the financial management of the province, which now faces a R2-billion shortfall. The treasury says the source of the problem is accumulated unauthorised expenditure which appears to have mushroomed out of control, growing from R1.5-billion in 2009 to R2.7-billion 2011.

Limpopo is a crisis that’s been long in the making, and the South African Municipal Workers Union (Samwu) says it has been battling mayors and municipalities in the province about corruption and mismanagement for years. “Limpopo is one of the worst provinces in this country in terms of the mismanagement of finances,” says Tahir Sema, the national spokesman for Samwu.

“For years we’ve been trying to boot corruption out of local government in the Limpopo province, but in most instances we have not been successful largely because of the grand scale of corruption taking place in that province,” Sema says, adding that the union gets numerous complaints and documented proof of various kinds of financial mismanagement by officials and politicians each and every month.

“Samwu has put together a massive dossier on the Limpopo province which we have used to engage various different politicians, especially those who would help us with the fight against corruption in that province. We recently met with the Public Protector Thuli Madonsela about the North West province, and it is highly likely that we will meet with her again about the Limpopo province as well,” Sema says.

While government is trying to clean up Limpopo’s mess, frustrations are brewing on the ground in the province. “In Thohoyandou where I live, people are very worried about what’s happening in Limpopo. To me Limpopo is a ticking time bomb, particularly in the Vhembe district where you find the majority of Venda-speaking people,” says Musetha. “These people can be very submissive and it is important to understand that the representation of Venda speakers in Parliament is very low. I think they only have one parliamentary representative.” Musetha says that for the most part, people in the Vhembe region are getting to the point where “enough is enough”.

“When it comes to the vote, the majority of the votes for the ANC come from Vhembe, but people are getting sick and tired of the ANC. When it comes to jobs or social benefits, the Venda people always lose out. These people don’t speak out about their grievances but when they do, there will be an explosion,” says Musetha, who adds that frustrations have been built up over years and are reaching boiling point because corruption, mismanagement and nepotism has crippled service delivery.

In the Vhembe District Municipality you will find Musina, the northernmost town of Limpopo, which is the last local stop before the Beit Bridge takes you into Zimbabwe. Here resident Mashudu Ndou, who works at a local private clinic, says public hospitals are strained, that the school system is a shambles and the RDP housing system is a mess.

“Near the border with Zimbabwe there are RDP houses, but there are no bylaws at the municipalities to govern the process there. Some people are buying the houses and selling them to ‘aliens’, and these ‘aliens’ make spaza shops out of the houses. Others get a RDP house and within three months it is broken down and a big house is built,” says Ndou. “These houses are going to the wrong people; they are not going to the poorest of the poor. The poorest are crying because they apply for the houses but they don’t get houses. Those who get the houses are those who have the funds to bribe the local officials. Even if you are poor and you are on the list they will first consider those with money,” he says.

Ndou says that the municipality is in disarray and is not dealing with service delivery or with people. “If you go to the municipality you are referred to other groups or companies that you have to deal with. The people in the municipality have been shifted or fired, and things are in complete chaos,” he says, adding: “This is a very small municipality with only six wards and yet they appointed a manager for the mayor, because the idea was to get rid of that mayor. There wasn’t even a salary for that manager who had the same job description as the mayor, and now this person just sits in his office getting paid for doing nothing,” Ndou says. He adds that some rural settlements don’t have water, rely on boreholes which become blocked and that residents have to cover huge distances to try and get water.

South of Musina in the Limpopo capital of Polokwane, things came to a head when the DA petitioned the financial chaos that is Limpopo with a well branded and oh-so-neat protest march on Premier Mathale’s office. Members of the opposition party, all wearing blue DA t-shirts, sported brooms and waved uniform placards reading: Clean Government; Clean A-G Reports; and Clean Towns. Sporting blue brooms the brigade had a large banner that read: “We demand clean government, hospitals, schools, water, environment. Genoeg is Genoeg! (Enough is enough).”

Provincial DA leader Desiree van der Walt handed a memorandum over to the office of the premier in which the party demanded the province clean up financial management, eradicate irregular expenditure and put a stop to politicians funding their extravagant lifestyle using public funds. The opposition party also called for an open and transparent tender system, and demanded that municipal staff be appointed on merit and not patronage.

Van der Walt says the DA had raised concerns about the financial debacle in the Limpopo as far back as 2009. “We were vocal about the need for austerity measures being put in place,” says Van der Walt, adding: “However the MEC went on a spending spree of luxurious cars, unnecessary trips and expenditures on non-essentials. This was further compounded by irregular tenders running into billions awarded to close cronies. All this occurred under consistent warnings from the Auditor-General which went unnoticed,” she says.

“Learners did not get textbooks on time because they were not ordered and it is still not clear when they are getting textbooks,” Van der Walt says. “Hospitals are running out of food supply to feed the patients and service providers are not paid and they are still in the dark as to when and from whom will they be getting the payments.”

Political posturing aside, as news reports detail how Julius Malema and his cronies looted Limpopo, and how Mathale turned the province into his own private profit machine, the big question remains: how will the government restore sustainable order and, more importantly, what can be done to ensure that this doesn’t happen again? DM

Photo: The cityscape of Polokwane, the heart of Mathale’s mess. CITYSCAPE REUTERS/Euroluftbild.de.