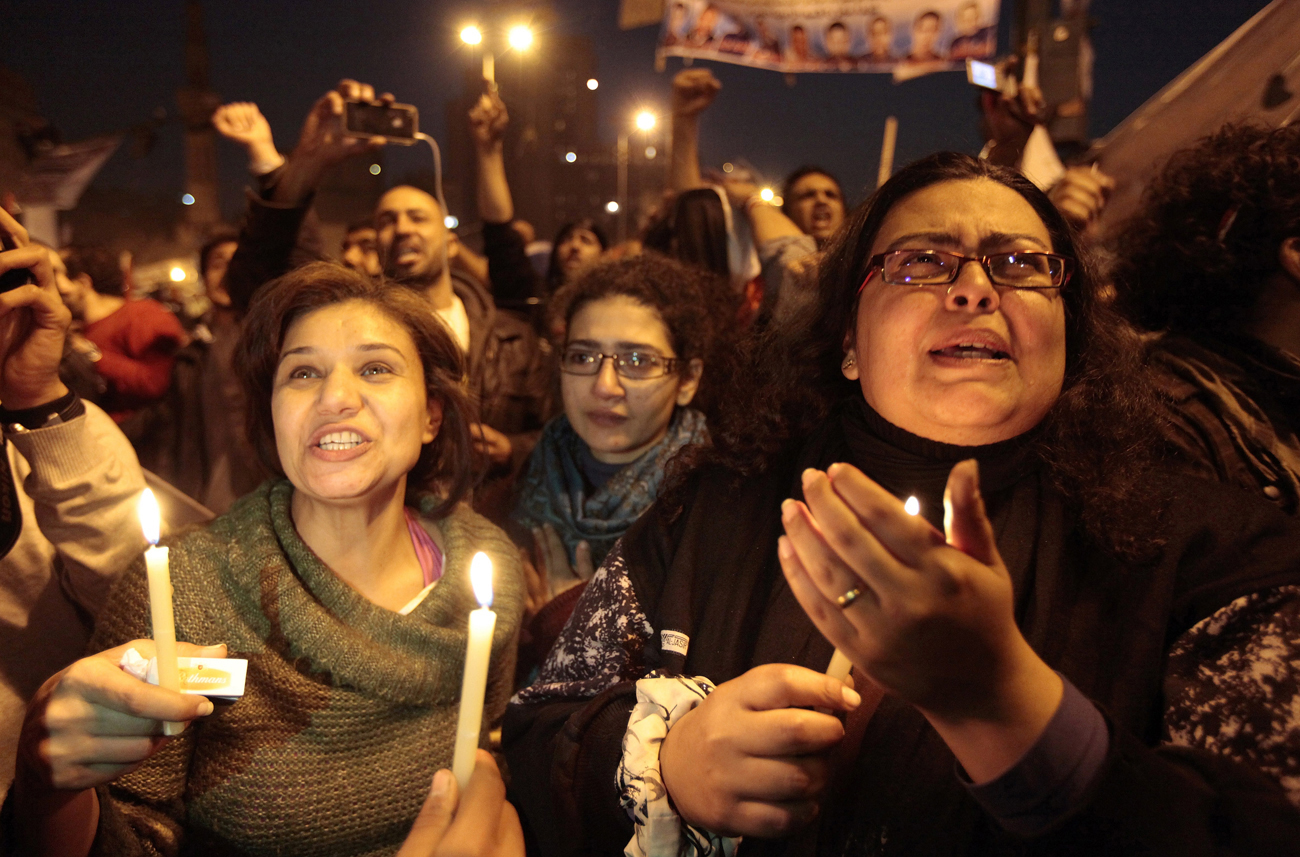 Over the last while there's been a something of rallying cry for Africans to tell their own stories. But all too often proponents are more in love with discussing the idea than figuring out practical ways to make it happen. 18 Days in Egypt, a start-up that focuses on documenting the revolution, is turning the concept into a reality – and, moreover, using an innovative, collaborative digital platform to do so. By THERESA MALLINSON.

Just over a year ago, you’d have been hard-pressed to find a news channel that wasn’t broadcasting real-time footage of the Egyptian revolution. And much of the footage shown on the big networks portrayed protesters documenting the revolution for themselves with their cameras or cellphones. But what happened to all of those photos and videos? Many of the photos are on Facebook or Flikr, the videos on YouTube and, save a tiny percentage that have gone viral, were probably destined to be viewed only by a small group of friends or family. That is until documentary filmmaker Jigar Mehta and creative technologist Yasmin Elayat stepped in.

The pair are co-founders of start-up 18 Days in Egypt – a crowd-sourced digital media experiment that runs off a custom-built platform called GroupStream. It’s a little like Storify, but more collaborative. The aim is to create a web documentary focusing on the events from 25 January until 11 February 2011 – the 18 days it took for Hosni Mubarak to be toppled from power, using material sourced from both professional and citizen journalists.

Anyone can sign up for a profile on 18 Days in Egypt, via their existing Facebook, Twitter, Google, Yahoo or Open ID account. It’s preferable to link your profile to as many different social-media accounts as possible, which will give you more options when it comes to uploading your own material. Once you’ve created your profile, it’s time to start creating stories, or ‘streams’, as 18 Days in Egypt prefers to call them. To create a stream, you need to specify a date, location (which is referenced via Google maps), which friends, if any, you’d like to collaborate with; and then it’s time to start uploading pictures, text and videos. If you’ve linked your Facebook and Twitter accounts, you can even look back to your statuses or tweets on a certain day, and throw them into the mix.

Photo: 18 Days in Egypt is for anyone with a story to tell about the Egyptian revolution and beyond. Screengrab: 18daysinegypt.com .

To test the system, I created my own stream: #25Jan, one year later. 18 Days in Egypt is still in beta and was launched to the public only on 19 January 2012. It’s easy to create content from a navigation perspective, but I found the CMS was often slow to respond to my commands – although whether this is due to the site itself, or poor 3G, I’m not sure. What is certain is that digital storytelling requires its own way of framing stories. My own attempt at a stream, relying on photos and text only, without video content, was never going to test the limits of the genre; even so, I found trying to manage the transition between text and pictures challenging, and the result somewhat clunky. Carmel Delshad, who is the community editor of 18 Days in Egypt, says: “There’s text, there’s video, there’s audio. You’ve got to learn how to segway correctly between picture and a video.”

Of course, the site isn’t primarily designed for the likes of me, but for Egyptians to tell their own stories. When I signed up on Tuesday afternoon, there were already 315 users, with more than 900 streams uploaded. Attracting more users is one of the website’s biggest challenges. “When people know what we’re doing, they love it, but people here are wary of the media,” says Delshad. “It’s about getting over the initial speed bump of ‘who are you?’, ‘where are you putting my words?’.”

There’s also the fact that, according to 2010 figures, Internet penetration in Egypt is sitting at just more than 20%. 18 Days in Egypt is currently home to six Egyptian fellows, whose job it is to tell the stories of people who aren’t necessarily tweeting for themselves. “Eventually we want to have 20 fellows based all over Egypt, not just in Cairo, to get a non-Tahrir (angle),” says Delshad, citing Suez, Port Said and Aswan as possible locations for future fellows. “The (job) of the reporters is to go out and tell stories of people who don’t have Internet access. Maybe they can go to a net cafe to see their stories up on the website.”

Given events in Egypt over the last month, the project has necessarily expanded to include not just the eponymous 18 days, but the continuing revolution. One of the most affecting streams is about the funeral of Anas, the youngest Al Ahly Ultras member to die during the Port Said soccer attacks on 1 February. Just 14 years old, pictures show that Anas was yet to lose his puppy fat. But already he had made a will, asking to be buried in the Egyptian flag, and that his corneas be donated to those who had lost their eyes in the revolution. It’s hard to watch the stream, which includes pictures of Anas, interviews with his friends, video footage of the funeral, and tweets about the event, without choking up.

Delshad says that even when she assigns reporters to cover events, it is a requirement that their stories be character-driven. “Media outlets cover things very strictly; this is a lot more personal,” Delshad says. “I think people are going to be able to relate a lot more when they see a character that’s someone like them.”

In a country where the state media is still often used as a propaganda tool, rather than providing a public service, a project like 18 Days in Egypt is especially important. “There’s a certain contingent of people that still get their news from state media; the same people who said there’s nothing going on in Tahrir,” says Delshad. “You know even the mainstream independent media here can’t cover (some stories), because of time, or whatever.

“The revolution wasn’t just about tweeting or facebooking it, but (these platforms) tell a story from your point of view; one that if you don’t tell it to anybody, will never see the light of day. What about now? It still has a value now. It’s incredibly important to have (projects like) Eighteen days in Egypt that aren’t the mouthpiece for the government, that are the mouthpiece for the people.”

18 Days in Egypt has already received support from the Ford Foundation, the Tribecca Film Institute and the Sundance Institute. It’s also currently seeking to raise $18,000 on Kickstarter to fund future development, and on Tuesday night, four days before deadline, it was just $160 short of its goal. The project’s tagline is “You lived it; you recorded it; let’s write our country’s history”, and it looks like they’re well on their way to doing just that. DM