Israel and Iran: The drums of war beat ever harder

Israel and Iran: The drums of war beat ever harder 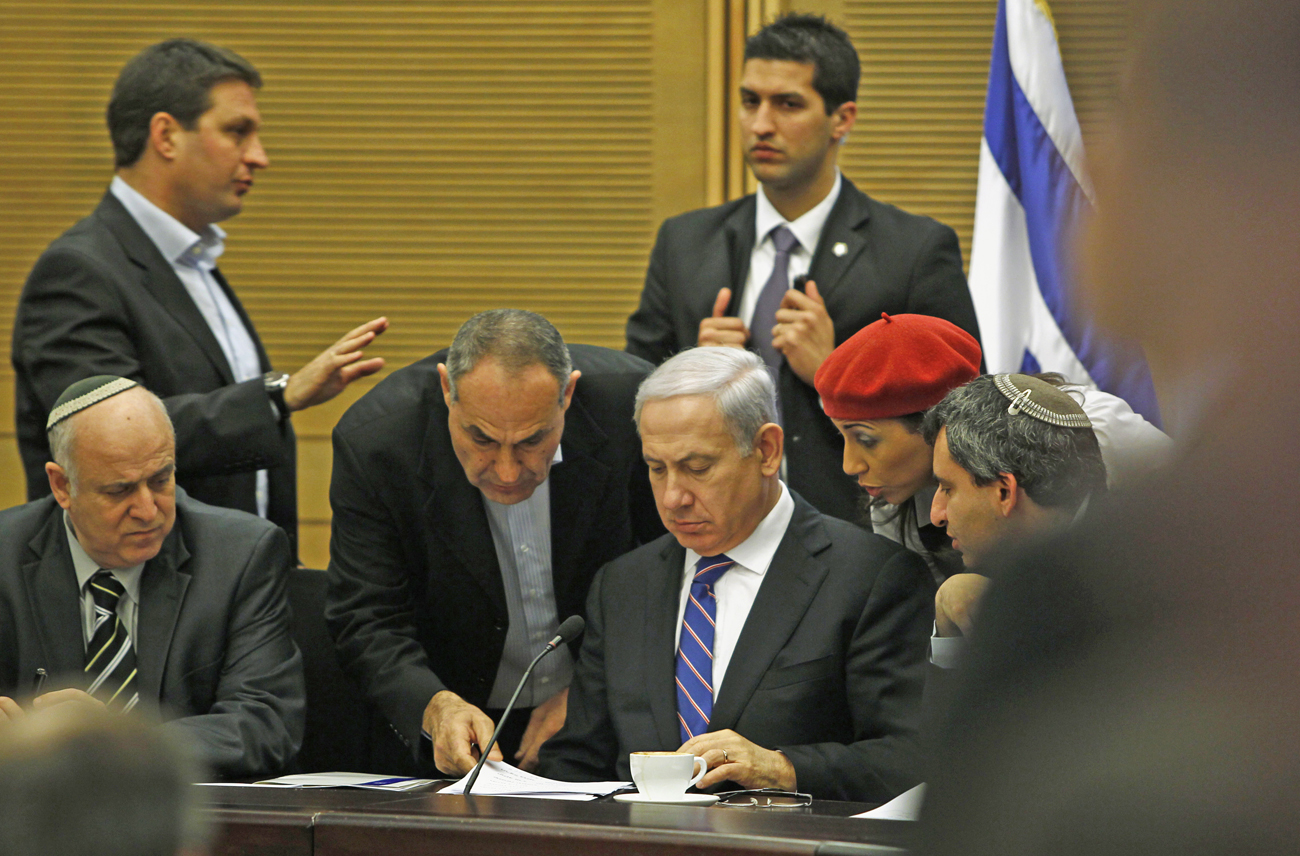 Israeli Prime Minister Benjamin Netanyahu wasted no time blaming both Iran and Hezbollah for the twin assassination attempts against Israeli diplomats in India and Georgia on Monday. Iran refutes these allegations, but its response may well fall on deaf ears – a fully fledged war between Iran and Israel now seems increasingly likely. By KHADIJA PATEL.

On Monday afternoon a bomb blast ripped through Aurangazeb Road in Delhi. Pandemonium ensued. After all, this was not far away from the Indian Prime Minister’s Race Course residence. It was also one of the Indian capital’s most secure areas. This time, however, the bomb was not assigned an Indian target.

It was the Israeli mission to India that was nearer to the blast – a deliberate attack on Israeli diplomats. Tal Yehoshua, wife of the Israeli defence attaché in India and an embassy employee herself, was on her way to fetch her children from the American Embassy School some 5km away when an unidentified motorcyclist  dressed in a red helmet and brown jacket, stuck a magnetic device to the rear of the Toyota Innova in which she was travelling. The car exploded in a ball of fire wounding Yehoshua, her driver and two others.

Yehoshua sustained serious injuries to her back and underwent surgery at the privately owned Primus Hospital in Delhi’s diplomatic enclave. On Monday evening her doctors reassured the media she was stable and conscious. The other three victims of the blast sustained burns to their faces.

While outside of India political pundits and that curious species known as Middle East experts began to weigh the comport of the blast on already heightened tensions in the region, India struggled to understand how the blast happened in a ‘high-security’ zone of the capital.

“Initial report suggests attachment of foreign substance in the rear of the vehicle. However, the exact cause of the explosion will be known only after further investigation by the Delhi Police,” special secretary (internal security) in the home ministry Ajay Chadha is reported to have told reporters. With an unflinching attachment for detail, The Times of India reports, “The explosive material had potassium chlorate with sulphur as ingredients with sulphuric acid as the triggering agent.”

As the residue of the blast was swept off Aurangazeb Road, the threat against foreign diplomats in India was clear. The Israeli embassy, its consulate office in Mumbai, as well as a slew of ‘western’ missions rushed to secure themselves. It fell to India’s external affair minister S M Krishna to assure his Israeli counterpart Avigdor Lieberman the law of the land would take its course.

India certainly felt some discomfiture to have played host to such an attack on a foreign diplomat, but this was only one part of an attack that had begun to play out earlier on Monday in the Georgian capital, Tbilisi. In Georgia though the explosive device was discovered on an Israeli diplomatic vehicle and successfully defused. Co-incidence certainly does not stalk in such a strikingly similar pair.

On Monday evening Iranian foreign ministry spokesman Ramin Mehmanparast repudiated Israeli Prime Minister’s Benjamin Netanyahu’s allegation that Tehran – and Lebanese militia group Hezbollah – were behind the attacks. According to him, Israel had bombed its own embassies to “tarnish Iran’s friendly ties with the host countries”, the state-run Islamic Republican News Agency reported. And yet Israel has been expecting some trouble.

Israel had put its foreign missions on high alert ahead of the fourth anniversary this past Sunday of the assassination in Syria of the military mastermind of Hezbollah, Imad Moughniyeh – an attack widely thought to be the work of Israel. But if Hezbollah’s attention to numerology is not substantiated, what cannot be undermined is the relation of Monday’s blast to the war Iran and Israel are already fighting.

A little over a week ago, Israeli paper Haaretz reported the Israeli chief of domestic security agency saying Iranian agents were trying to hit Israeli targets in Turkey, Thailand and elsewhere to retaliate for alleged killings of Iranian nuclear scientists.

Israel and Iran have been locked in a covert war for some time now – assassinations, exploding missile sites, crippling cyber attacks and a litany of arrests and spying allegations on all sides, and most recently attacks against foreign missions. On Sunday, the Iranian foreign ministry summoned Azerbaijan’s ambassador to Iran, accusing Azerbaijan of canoodling with the Israeli intelligence in the killing last month of an Iranian nuclear scientist. The killings last month left Iran smarting and tit-for-tat seems to operate just as well in covert warfare as it does in its more brazen counterpart. If anything, the Iranians have been seeking out opportunities to hit back against Israel.
Monday’s attacks though may well have sounded the clarion call to that more brazen conflict. DM