Tupperware’s Earl Tupper and the power of perseverance 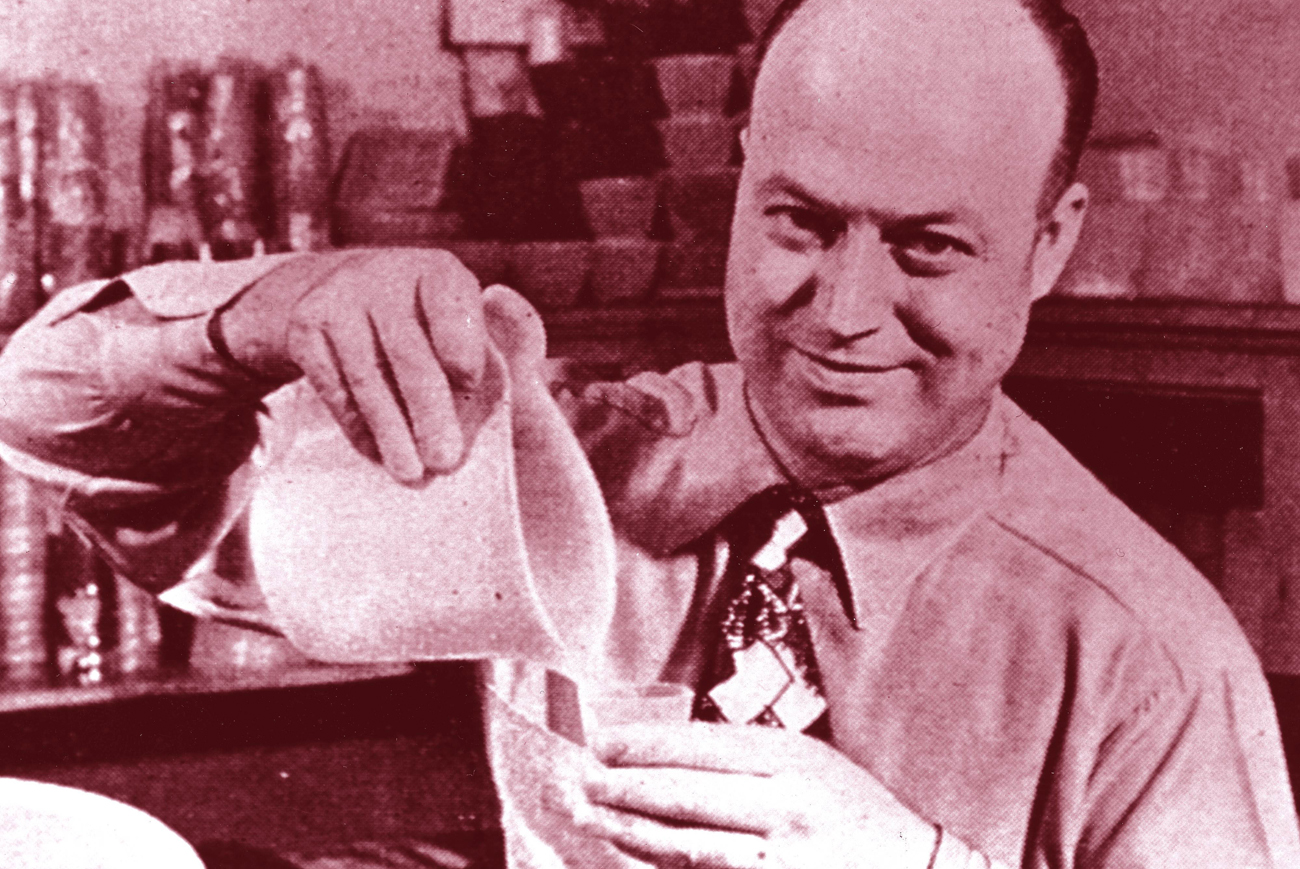 Earl Tupper, the man who gifted the world the plastic food container with an airtight lid, spent decades dealing with disappointment. Stepford wife home-ware aside, the life story of the inventor who founded Tupperware contains a poignant business lesson about the value of tenacity. By MANDY DE WAAL.

The rough sketches reveal some of the craziest inventions you’ll ever read about. There’s the rough draft of the fish-propelled boat, a creation in which a large finned creature is harnessed to the bottom of a vessel with three sturdy clamps. Protruding from the sides of the pencil-drawn boat, two ‘wings’ meant to ensure the restrained fish didn’t dive up out the water and so destabilise the boat.

Few people know about Earl Tupper’s marine life-propelled craft, but if you’ve ever put leftovers in a plastic bowl in the fridge, there’s a good chance you’ve used his more famous brainchild, the ‘wonder bowl’. Made famous by Tupperware, the plastics company Tupper established in 1938, it was the bowl’s “burping seal” patent that gave it an edge over the competition.

A dreamer who thought of himself as a latter day Leonardo da Vinci, Tupper spent three decades drawing his inventions in a plethora of notebooks and trying to sell them to companies, before he founded Tupperware.

Born into a modest Massachusetts farming community in 1907, Tupper showed his entrepreneurial mettle at the early age of 10 by selling the produce his folks had grown door to door. An eccentric and secretive man, Tupper would work his way through a series of odd jobs, dead ends and a bankruptcy before plastic made him a millionaire. By day he toiled, but at night Tupper would take out his notebooks and dream, sending idea after idea to different companies in the hope that one of his inventions would see the light of day.

Even during the Great Depression when Tupper’s landscaping business went belly up, he unrelentingly continued scribbling down notes on pieces of paper that he’d use as memory aids later when he had time to sit down and detail his innovative thoughts in one of his many notebooks.

The ideas are pretty far out. Like the no-drip ice cream in which the wafer part of a frozen dessert was reinvented by adding a series of ‘gutters’ to the cone. This was supposed to allow the dripping dessert to enter the inside of the cone, instead of running all over your hands.

Tupper obviously had a fascination with combs because a lot of his sketches included new ideas for this grooming aid. One sketch shows a comb in the shape of a dagger, which Tupper thought would make men look more attractive if this was worn at the beach. Then there was the comb with a mirror attached to it, or the comb with measures on the spine that doubled up as a ruler, or the comb that also served as a bookmark.

Another of Tupper’s ideas was a device that married a measuring device with a fishing rod so that anglers could instantly discern a fish’s weight before they took it out of the water. Fortunately for humanity, the one invention that was not adopted by the medical fraternity was the ‘bite and wound sucker’. Comprised of a suction cup with a sponge fixed to a handle, the sponge was to be liberally soaked in alcohol before the suction cup was plunged onto a wound. The thinking behind this contraption was that the alcohol would purify the wound, whilst the vacuum created by the suction would suck impurities or toxins out of a wound or bite.

Even after Tupper had started Tupperware and met Brownie Wise, the woman who would revolutionise the plastic company’s sales approach with her idea for ‘home parties’, and the money started flowing in, the crazy inventions never stopped.

“His approach was cloak-and-dagger like,” says former Tupperware executive Gary McDonald in a PBS video about Tupper’s life and innovations. “He would contact me after he had flown into town and he would call me at home and ask to meet with me the following day at my office, but in the evening to be sure that nobody else would be around.” Frequently Tupper would talk about the new products he was inventing to get McDonald’s reaction.

“Some of his products were truly off the wall. One I remember particularly because he had a sample of it with him,” McDonald says describing Tupper’s invention for travellers which enabled them to wash undies and do exercises at the same time. The invention was two hollow Tupperware rolling pins fused together with a mesh grate between the two cavities.

“He demonstrated the way that you would use this. When you got to your motel at the end of the day you would put your underclothes that needed to be washed into one end of this tubular thing, and you would then put some water and soap in it. You would then put this grate kind of seal in the middle,” McDonald says.

Tupper’s other strange inventions included portable necktie racks, the ‘Kamoflage comb’, which looked like a fountain pen but was actually a nail file and a comb, and a photo frame that clipped onto a belt so people could wear a photo of their loved ones while keeping their pants up.

Disappointment visited Tupper for decades before he founded Tupperware, the company he eventually sold in 1958 for $16-million. It was the same year he fired Wise, the woman whose home party division made Tupperware the success it was, and divorced his wife. Tupper used his money to buy an island off Costa Rica, where he lived and avoided paying US taxes until he died in 1984.

Looking at the invention notebooks of the man who vowed he’d be a millionaire before he was 30, the sketches tell their own story. It’s a narrative about how often failure visits those who seek to create the devices that reinvent or simply better our own lives.

There are many business wisdoms that can be drawn from Tupper’s story, but perhaps the most poignant is contained in the innovation sketches, which reveal that success is so often more about perseverance than anything else. DM

Photo: Earl Tupper invented many things but it was perseverance that eventually got him the deal.