The sad sameness of another JFK love affair

The sad sameness of another JFK love affair 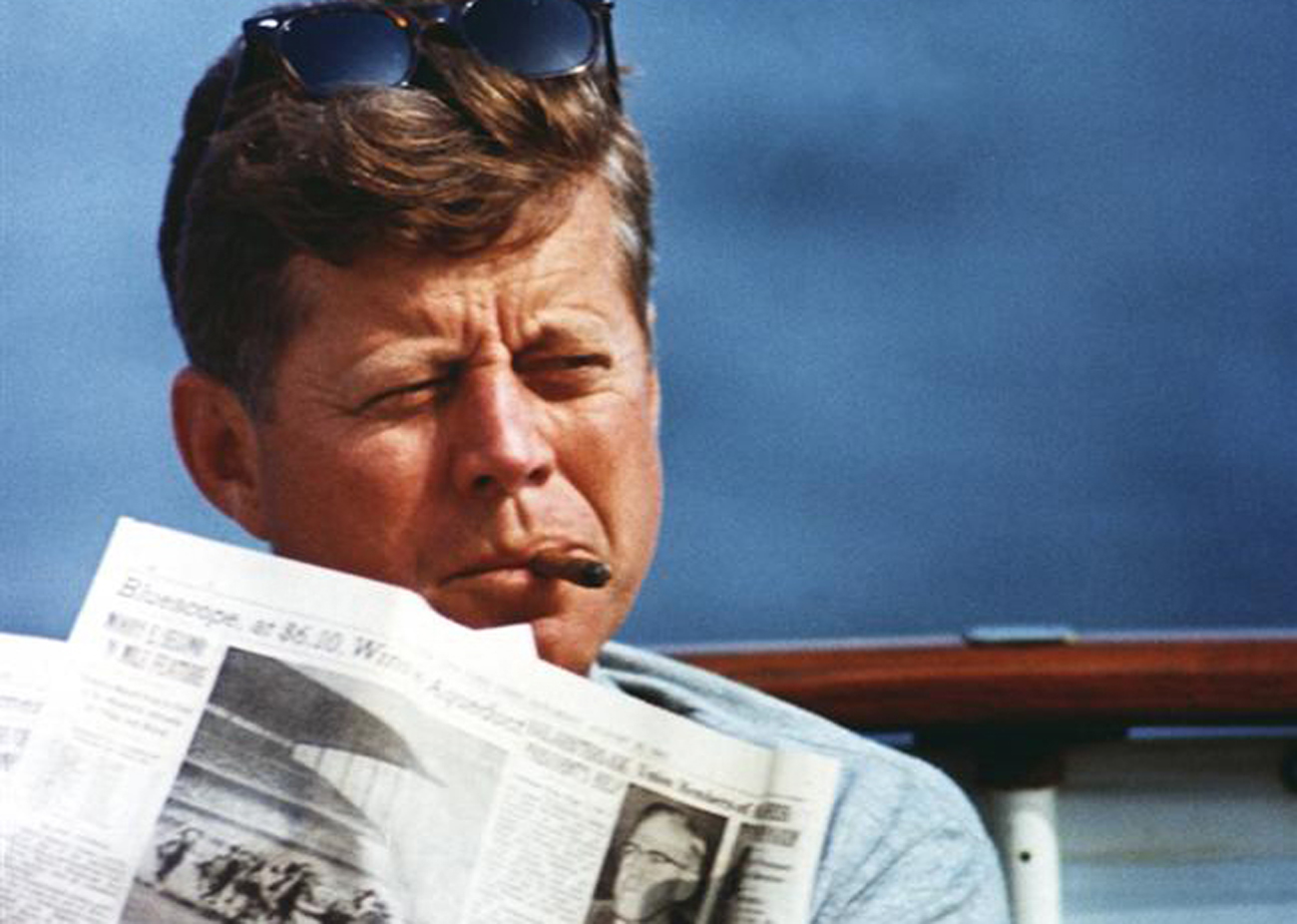 A new memoir that alleges John Fitzgerald Kennedy protected a 19-year-old intern purely in exchange for sexual favours has set two New York critics at each other’s throats. The stronger argument appears to be the sadder one. By KEVIN BLOOM.

While Marilyn Monroe and Marlene Dietrich need no introduction, the other alleged affairs throw up stories that, almost half-a-century later, are still begging for context and corroboration. Like the Swedish aristocrat Gunilla van Post, who published a book titled Love, Jack in 1997; or Judith Campbell Exner, who claimed intimate relationships not only with the Camelot president, but with mafia leaders Sam Giancana and John Roselli; or Mary Pinchot Meyer, who was married to a CIA official, and whose murder in 1964 led to speculation about the president’s assassination a year earlier. Now, in 2012, we have another story – that of Mimi Alford, who has just published Once Upon a Secret, the tale of her own affair with the insatiable John Fitzgerald Kennedy.

On Friday, 10 February, Amy Scott of the New Yorker gave some indication of what can be found between the book’s covers: “When a desk in John F Kennedy’s crowded press office was occupied by a nineteen-year-old intern named Mimi Beardsley, who spent a good deal of time waiting to be called to the President’s side so he could swim in the White House pool and have sex with her, other women in the office were angry. They were right to be. There was a good deal of work to be done, and it got harder when, on Presidential trips, one of the seats on the plane was also taken by Beardsley, who was told to wait quietly in rooms in hotels or a lodge in Yosemite or a pink-painted motel near the Kennedy home in Palm Beach until he felt like having her in his bed (or, frequently, bathtub).”

Scott took aim in her short piece at the New York Times’ Janet Maslin, who was disbelieving in her review of the tone of “wide-eyed innocence” that Alford affected. Neither Alford’s back-story as an impressionable New Jersey farm-girl nor her supposed virtue as a debutante named “Monkey” much impressed Maslin – what she wanted to know, above all, was how the authoress came to be in JFK’s bed on her fourth day on the job as a White House intern. The answer, Maslin conceded, was the best part of the book: after being invited to swim in the White House pool at lunchtime, and then taken on a tour that ended in Mrs Kennedy’s bedroom, how could the young woman refuse?

But then the reviewer’s claws came out: “Ms Alford’s account of her own mental processes is remarkable for what it misses. She did not think of confiding in anyone. She did not think this was an extramarital affair. (‘I was merely occupying the president’s time when his wife was away.’)… What she especially didn’t think about was the steep price she would pay for her actions.”

Scott’s response to Maslin was revealing for how it exposed the latter’s own crucial omissions. For instance, Scott pointed out, while Alford’s age was mentioned in the review, the president’s – 45 – was not. Also, Scott alluded to the crucial fact, ignored by Maslin, that JFK allegedly got Alford drunk on daiquiris before he started undressing her for the first time. Then there were the all-important (and all-overlooked by Maslin) power relations in the room: Kennedy, it cannot be denied, was Alford’s employer.

Which is where the rub lies. Would the circumstances outlined above, if it were 50 years later and the man in question wasn’t a US president, be sufficient for a jury to deliver a guilty verdict on a rape charge? Alford writes in her book that every friend to whom she later told her story brought up the word, but that she always considered the first liaison consensual. Still, the issue is made murky by the medical opinion that the drugs JFK required for his Addison’s disease had the side effect of increasing his virility – as he was reported to have said to UK Prime Minister Harold Macmillan: “I wonder how it is for you, Harold? If I don’t have a woman for three days, I get terrible headaches.”

So the story appears all too familiar. While this tale has been making news because of the male protagonist at its centre, what isn’t news is the plotline. As Scott observed: “When [Alford] told her fiancé [of the affair], he responded with anger and what she calls an act of ‘sexual violence,’ to which she passively submitted. ‘From the wedding onward Once Upon a Secret becomes increasingly crazy and sad,’ Maslin writes. Sad, yes, but crazy? If she is cheerful she is bad; if she isn’t, she’s crazy. She wouldn’t be the only woman, in an office with a predatory middle-aged man, to choose between those options.” DM