Panda-monium: Why Canada gets two breeding pandas, and... 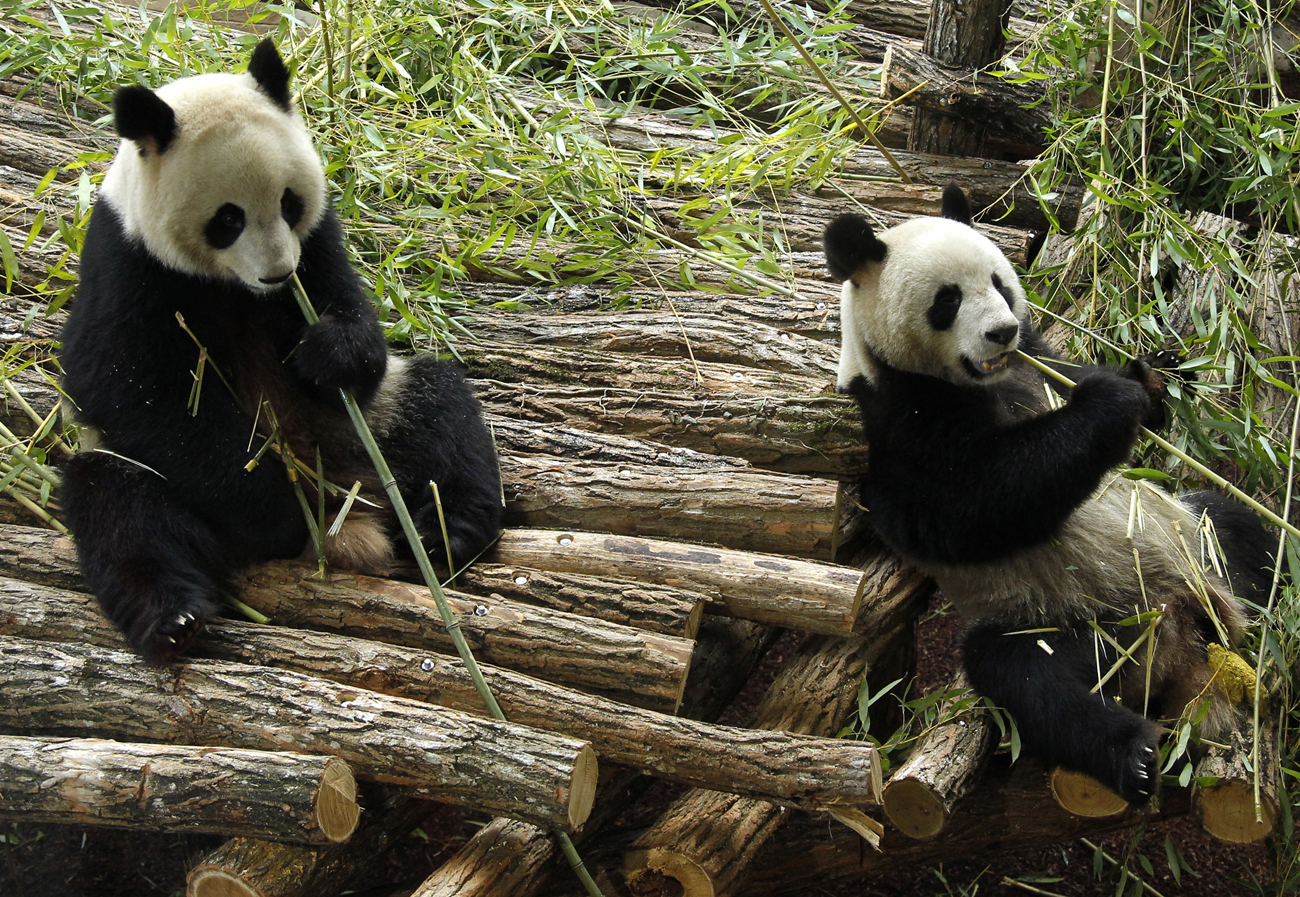 Want proof that the entire planet has become China obsessed? Meet Er Shun and Ji Li, two giant pandas that are about to do a 10-year stint in a Canadian zoo. Is it about the love of animals? Ha! It’s about geopolitics, dummy? By RICHARD POPLAK.

Take a flying guess who was the last leader in the free world to embrace China? George W. Bush? Nope. Gordon Brown? Not so fast. Jacob Zuma? I can hear you laughing through the interwebs.

The answer is Canada’s supposedly hyper-conservative Prime Minister Stephen Harper. Harper made the Dalai Lama an honorary citizen, refused to go to the opening ceremonies of the Beijing Olympics and it took him three years post his inauguration to finally make a trip. “It took you a long time to come here,” scolded Hu Jintao. “You haven’t come to Canada,” retorted Harper, unperturbed.

Canadian business leaders were, of course, very perturbed. This was supposed to be a pro-business government – what the hell were they doing harping about human rights instead of cozying up to the world’s second largest economy? Hey, if the Chinese want to beat the hell out of Ai Weiwei, what does that have to do with selling Alberta oil sands to commodities-hungry Asian tigers?

Harper caved, of course. The last hold out in the free world, the last leader to refuse a photo-op in the Forbidden City, is currently in China, exemplifying for the G8, the G20 and everyone else who may or may not be paying attention: China cannot be ignored.

Photo: Canada’s Prime Minister Stephen Harper looks at a panda being held by his wife Laureen at a zoo in Chongqing February 11, 2012. REUTERS/Chris Wattie.

It’s interesting to note – and the Zuma-led ANC should indeed note it – that holding out against China has its benefits. For one thing, strength and confidence are attractive. It works the same way at the UN as it does in a smoky nightclub – walk in with swagger and self-possession, and you’ll get the girl/boy/transsexual. Canadian business may have missed out on the fact that there were no binding trade agreements in place with China, but that all seems to be evaporating now that Harper has thawed somewhat.

Which brings us to the pandas. It will strike you perhaps as odd, given South Africa’s manifest loyalty to China, that there are no pandas in our zoos – or none gifted to us by the Chinese government in the name of a ‘friendship gesture’. That’s because we’re sycophants, and you don’t make ‘friendship’ overtures to your lackeys.

But the Chinese government saw it necessary to do exactly that with regard to Er Shun and Li Ji, who are now preparing to decamp to the frozen north, where it will be incumbent upon them to produce an heir, all in the name of ‘friendship’.

Is there a worse time to get pregnant than when you are a panda? The creatures are stand-offish and nun-like in their chastity. The average female bear is in heat for about 48-hours once a year – which may sound generous to most married men, but is actually quite a small window in which to breed.

What’s more, Er Shun – which means “Number Two Smoothness”, in honour of his easy birth – does not know Ji Li – which means “Successful and Pretty”. In short, they will be introduced to each other and forced to live in the 2,000 square metre enclosure that once belonged to Toronto’s Siberian tiger. Should Ji Li, the female, not like her surroundings, or find fault with Er Shun’s table manners or his hunter-gatherer abilities, there will be no breeding.

But the Chinese have been clear – you get the pandas in order to produce more pandas. So the crew at the Toronto Zoo will be jacking the mood music night and day, ensuring a steady supply of Enya, incense sticks and chocolate fondue sets. All in the hope that two big, furry, dumb bamboo-eating creatures will find it in themselves to er, mate, and thus consummate the relationship between the world’s largest supplier of conflict-free oil and the world’s hungriest economy.

Does this strike you as absurd? One hopes so. While African governments kowtow merrily to China, doing what they can to ensure that no offense is given or taken, the Canadians and the Chinese are engaged in a wacky pas de deux that will seal their new trade agreements. Charles Darwin would not think much of an animal that gets horny for two days a year – this is hardly survival of the fittest. But breeding pandas in captivity has become a geopolitical activity, a marker of ‘friendship’. It’s enough to think that the pandas are far more rational than we are. Who would want to breed on a planet where humans run the show? DM