The ANC's Ebrahim Rasool headache that will just not go... 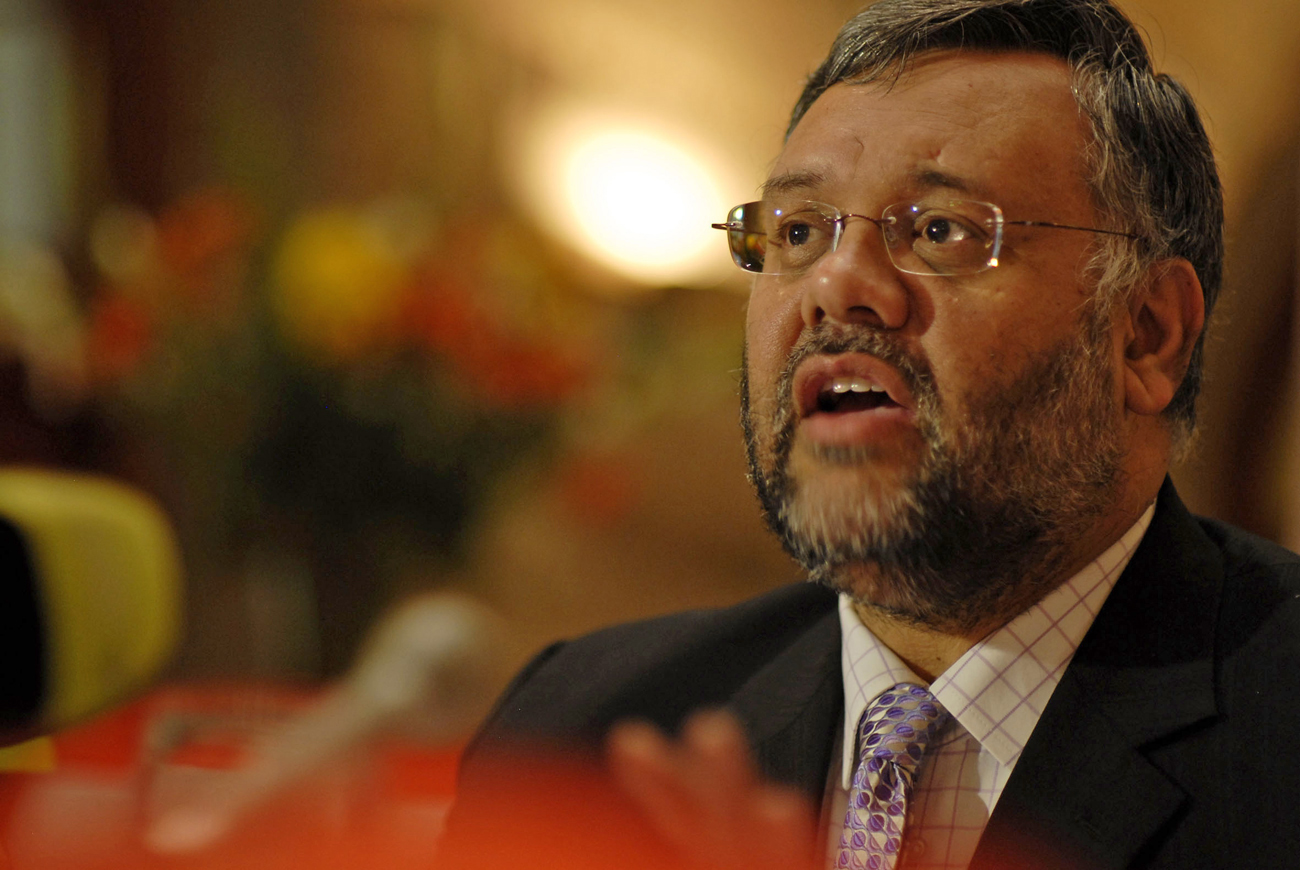 The mess that is the ANC in the Western Cape just keeps getting worse, and the ongoing saga of Ebrahim Rasool and bribes to journalists is not helping. Independent Newspapers asked the courts to make the ANC hand over an internal report on the matter, which they have now done. But not quite in the way that anybody anticipated. By SIPHO HLONGWANE.

The former Western Cape premier Ebrahim Rasool is now the South African ambassador to the United States. This country’s representative in Washington was fingered in the so-called ‘brown envelope’ scandal when it emerged that payments made to two Cape Argus journalists had originated from him. The bribes were allegedly in exchange for favourable coverage of his government, as well as negative coverage for his enemies within the ANC.

Though nothing was concretely proven, the resultant stink was big enough for the ANC to spirit Rasool off to the USA (there’s also the small matter of him losing the province to the Democratic Alliance).

The ANC launched its own investigation into the matter, headed by deputy minister of justice and constitutional development Andries Nel, but then sat on the report and did not make it public. Acting on behalf of Cape Times and Cape Argus, Independent Newspapers launched a Promotion of Access to Information Act (PAIA) request to have the document made public. Unsurprisingly, the ANC said no, arguing that the information provided to compile the report had been done so on the basis of confidentiality, and besides, the whole thing was the private property of the party.

The matter went to court, where in November last year the Western Cape High Court ruled that Independent Newspapers had a legitimate reason to ask for the information to be released. But before any further movement could be made, Judge Bernie Griesel requested that he be given time to have a “judicial peek” at the report, as is allowed by the PAIA, so as to make an informed decision.

After peaking in the report, Griesel made his ruling on Monday. He ordered the ANC to make the report available to Independent Newspapers. He also attached the full report onto his judgement.

The ANC is understandably furious about this. The whole point of the court appeal is that the document shouldn’t be made public, and now that it is effectively in the public domain, the point of appealing the high court ruling has been rendered moot.

ANC spokesman Jackson Mthembu didn’t hold back when he issued a statement, condemning the judge’s decision to attach the report to his judgement. The party is especially miffed about the fact that they were stopped from filing an appeal in November, because the case underway was not complete yet. They naturally understood that the judge would give them the opportunity to appeal before the report was made public.
“The ANC was… shocked and dismayed when Judge Griesel proceeded to attach a copy of the internal ANC report to his judgment – instead of ordering the ANC to make it available to Independent Newspapers,” Mthembu said. “By attaching the report to his judgment Judge Griesel has effectively deprived the ANC of its constitutional and legal rights to appeal against his judgment.??“The correct approach, and the one that we would expect to be followed by our courts, would have been to order the ANC to make the report available to the applicants. This would have afforded the ANC the opportunity to exercise its right to appeal in this sensitive and complex matter,” said the ANC spokesman.

The ANC has indicated that their rights were unfairly trod upon, and they will launch an appeal against the judgement. All they have to fight for now is the principle, since the report is now public.

What will be of particular interest in the ANC’s appeal is Section 80(1) and 80(2) of the PAIA, which are worth quoting in full: 80. (1) Despite this Act and any other law, any court hearing an application, or an appeal against a decision on that application, may examine any record of a public or private body to which this Act applies, and no such record may be withheld from the court on any grounds. (2) Any court contemplated in subsection (1) may not disclose to any person, including the parties to the proceedings concerned, other than the public or private body referred to in subsection (1).

It would appear that the judge should have left it up to the ANC to decide whether or not to comply with the ruling by handing over the report to Independent Newspapers, or appeal the decision.

But the report itself does raise a few questions about the way that the ANC has handled the aftermath of the Rasool ‘brown envelope’ scandal. A cursory reading of report shows that the ANC never actually quizzed the former premier on what happened. It also paints a picture of extreme fear among the witnesses called from within the ranks of the ANC to provide testimony.

Nel also failed to establish what the exact nature of the relationship between Rasool, the Cape Argus journalists and the company they worked for was, an issue that the ruling party surely never wanted to leave hanging. The investigator recommended that the matter be taken further by the ANC, but it apparently never was; the ANC secretary-general Gwede Mantashe confirmed that the Nel report was the only one ever done on the matter. The ANC has often used the Rasool saga to bolster its argument that the press is susceptible to bribery, but does not seem eager to root out the corruption in its own end.

Cape Argus executive editor Gasant Abarder said that there are certain annexures missing from the documents released by the court, and they are considering what to do next.

The man himself may be in Washington DC, but the ANC’s Ebrahim Rasool headache is far from over. DM

Photo: Even when thousands of kilometres away, Ebrahim Rasool is still haunting the ANC in the Western Cape. MAIL & GUARDIAN.