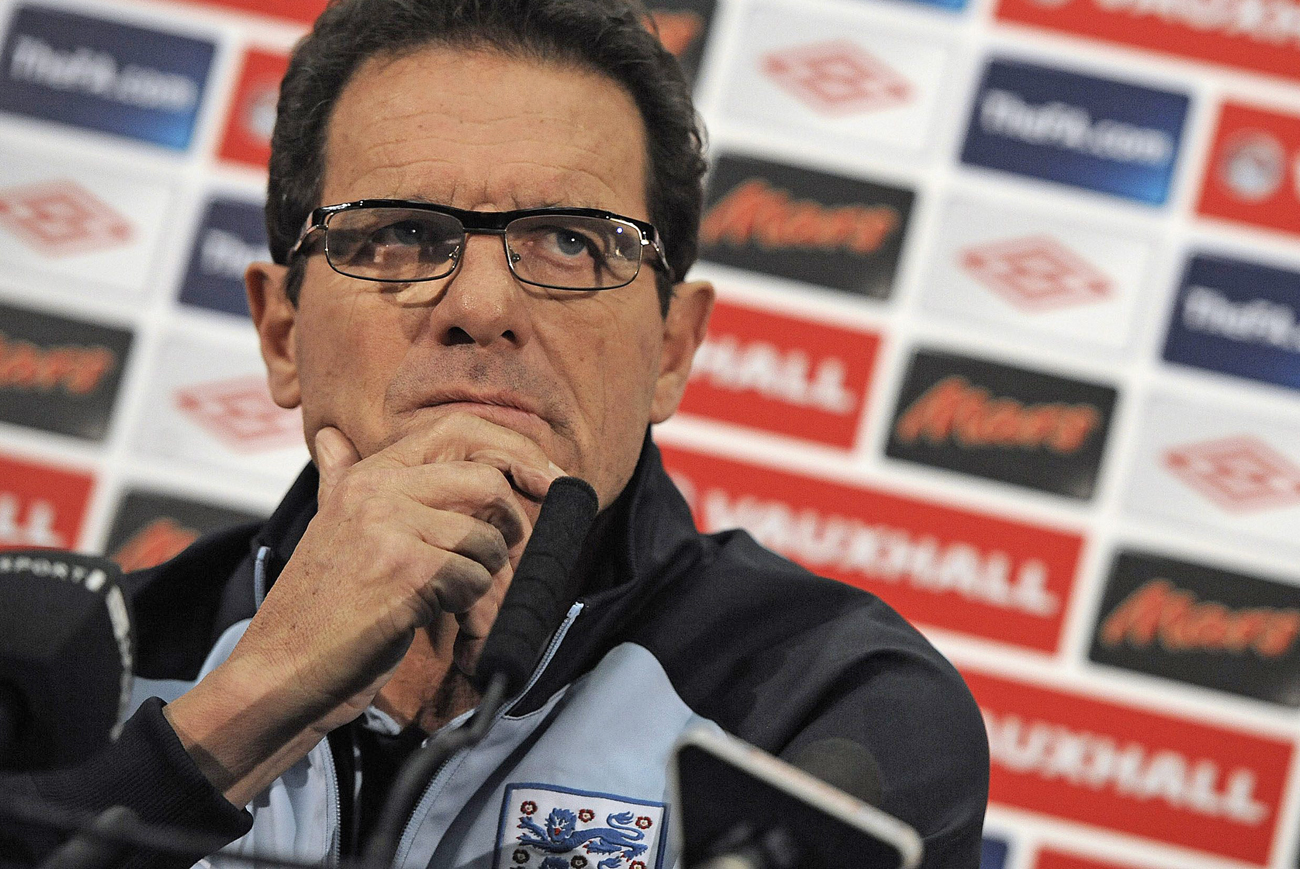 The relationship between Fabio Capello and the English Football Association had, in recent days, become untenable. In standing by his twice-disgraced captain and undermining the wishes of England’s top footballing brass, Capello paid the ultimate price and resigned following a showdown with FA chairman David Bernstein. By Styli Charalambous.

The press release was full of the usual spin, stressing how professional Capello had been during his tenure as England coach and wished him well for the future. But you can bet Capello unleashed a healthy dose of Italian passion at Bernstein in a meeting that lasted just over an hour. The disagreement stemmed from Capello’s unwavering support of John Terry as captain of England, even in the face of racial abuse allegations that landed the Chelsea defender in court.

Capello’s resolute and very public show of support for Terry, following yet another scandal to befall the captain, was ultimately his downfall. Terry, who had previously been stripped of the national team’s armband, now has the acrimonious distinction of being the only captain in England’s footballing history to suffer that fate for a second time.

Shortly before the 2010 World Cup in South Africa, tabloids exposed that Terry has having an extra-marital affair with fellow Chelsea and England teammate Wayne Bridge’s girlfriend. Bridge withdrew his availability for selection to South Africa, and Terry was forced to hand over the reins to Rio Ferdinand. This resulted in polarising a team so desperately chasing follow up glory to their sole 1966 success, and played a contributing role for yet another England team that flattered to deceive on the World Cup stage.

Fast-forward to 2011 and Capello had managed to hang onto the coach’s job despite failure in South Africa. The lack of leadership within the England squad saw Terry reinstated as captain after unsuccessful attempts with Ferdinand and Liverpool captain Steven Gerrard. Terry, as Capello banged on to the press, was his man and no one else would do.

England had regrouped well after the failure of the World Cup to put in some decent performances that would have had fans ready to chant another remixed version of Football’s coming home in anticipation of Euro 2012.  The most notable victory was a 1-0 win over world champions Spain at the revamped Wembley Stadium in November, although Terry was injured for that game. While some fans will point the exorbitant salary Capello had negotiated with the FA, he was in fact the most successful England coach on a percentage win basis. His 67% win ratio after 42 games was significantly higher than second placed World Cup winning coach Alf Ramsey’s 60%, albeit from less than half the number of matches played.

As coach, Capello has a pedigree and record at club level that ranks with the best of them. He won league championships with every club he coached that spanned across four different European cities. With AC Milan, Real Madrid, Juventus and Roma, Capello has the distinction of winning nine league championships in his 16 years of club coaching. Throw in a champions league trophy with Milan courtesy of a 4-0 routing of Barcelona in the 1994 final and you can see why the FA were willing to pay the Italian £6-million per year.

But the position of head coach of the England football team must be the most poisoned of all chalices.  Since the 1994 appointment of Terry Venables, the FA has had to endure it’s fair share of controversial coaches, and subsequently had to do more firing than Donald Trump. Venables stepped down five months before Euro ’96 due the string of court cases he was defending that involved bribery charges. His replacement, Glenn Hoddle, was forced to end his relationship with the FA by “mutual consent” following his insinuations that handicapped people were born that way for past life offences.

Kevin Keegan lasted two years before falling on his sword, after wining just seven of his 18 matches, leading to the appointment of the colourful Sven-Goran Eriksson. The Swede was somewhat successful, winning almost 60% of his matches in a five term that was also dogged with tabloid-covered incidents. If he wasn’t fraternising with the FA staff, he was schmoozing Chelsea top brass for the coaching job whilst still manager of England. Accordingly, there was no renewal of his contract with England once the term had run out. Eriksson’s assistant and home grown Steve Mclaren started off badly by dropping the most famous footballer on earth, David Beckham, and then duly failed to qualify for Euro 2008, which led to the appointment of Capello. Calling the England manager’s position cursed wouldn’t be a far stretch of the imagination.

But one senses that with his win percentage record, Capello could have salvaged the remainder of his contract, had he not so vocally defended someone accused of racially abusing the brother of his England teammate. His outburst on Italian television backing Terry was something the FA could simply not accept, even though Euro 2012 looms just five months away.

The setback of losing both captain and coach now hangs over the England’s team like a dark winter’s cloud. And to keep things interesting, the odds-on favourite to replace Capello has spent more time in Her Majesty’s courtrooms on tax evasion charges than beside a football pitch. Harry Redknapp, the current Tottenham Hotspurs coach is a shoo-in to take over Capello’s role, even though ‘Hatchet Harry’ is never far from an off-the-field scandal.

For Capello, this could be the end of the footballing road, having previously stated the England role would be his last, although club and country interest in his services will strong. So don’t expect to see him out of the scene for too long; it’s amazing how persuasive another £6-million can be. DM