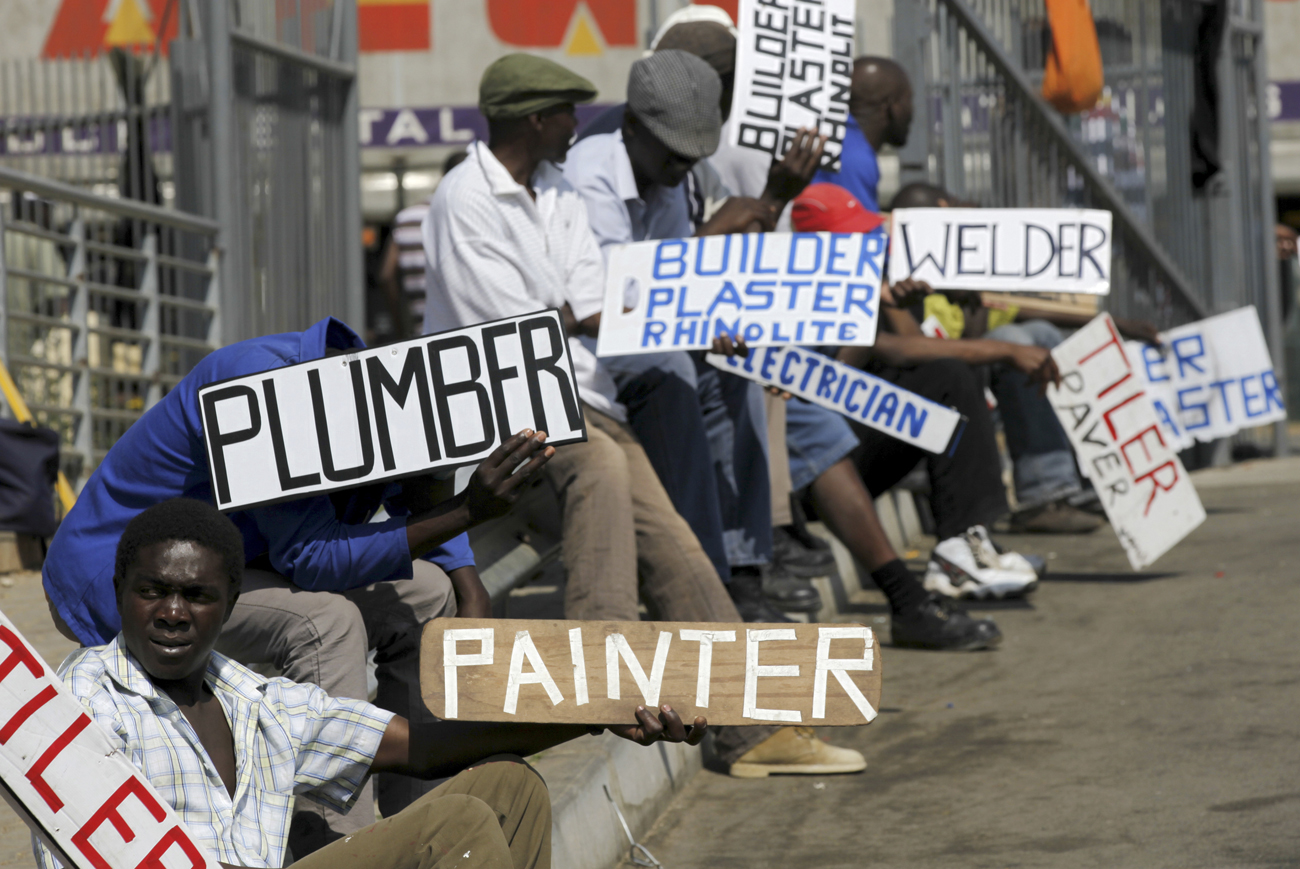 The Labour Force Survey numbers have the unemployment rate falling to 23.9% and a record number of jobs in the formal sector. However, the broader unemployment rate and the rising number of discouraged workers pour cold water on any hopes of a sustained recovery in the labour market. By PAUL BERKOWITZ.

StatsSA released the Labour Force Survey for the fourth quarter of 2011 on Tuesday. The bottom line looks good; the official unemployment rate dropped from 25% in the previous quarter to 23.9%. This is the lowest unemployment rate since the 23.6% recorded in Q2 2009. But scratch around a bit and the labour market picture becomes less cheery and more confusing.

The fourth quarter labour figures are usually the best-looking of the year for a couple of reasons. Firstly, there is typically a seasonal boost to employment numbers, particularly in the service industries. Secondly, there is a related increase in people that are not economically active and aren’t looking for work over the holiday season. The unemployment rates for the final quarters of both 2008 and 2010 dipped appreciably, but rose in the following quarters, as can be seen in the graph:

Although the narrow unemployment rate looks good by historical standards, the same cannot be said for the broad (expanded) rate. The broad rate includes discouraged work-seekers and one or two other categories of the unemployed, and this rate seems to be falling a lot slower. The broad rate of unemployment is 35.4%, down from the 36% of the previous quarter.

That throws the good news out of the way. The broad rate has been at or above 34% for the past 10 quarters. Since the beginning of 2008, when the new survey was launched, the broad rate of unemployment has been above 30%, save for the final quarter of 2008. Three out of 10 South Africans who could work can’t find work, and in recent quarters this had risen to almost four out of 10.

The number of unemployed (official definition: those available to work who have been actively searching for work in the recent past) dipped in the quarter, but that appears to be due to the above-mentioned seasonal effect. Of great concern is the long-term increase in the number of discouraged work-seekers. In mid-2008 there were a million people who had given up looking for work. By mid-2010 the number had passed the 2-million mark and the latest figures show that more than 2.3-million people are discouraged work-seekers. These people are likely to have the lowest skills set (and resultant lowest possibility of ever being employed) of all those included in the broad definition of unemployment. It will require even more resources and effort to ensure that they’re gainfully employed.

Between Jacob Zuma’s State of the Nation address and Pravin Gordhan’s Budget speech this month, expect much coverage of plans to create jobs – new plans, old plans, and really antique plans dressed up as new plans. Cosatu has already launched its first attack of the year on labour brokers and has a strike planned for March.

Maybe this strike is intended to pre-empt any move on youth wage subsidies in the Budget, maybe Cosatu is flexing its muscles and loosening up for the ANC elective conference. Either way, it’s a bad omen for 2012. There isn’t much money in the kitty to fund job-creation schemes on the scale that is needed, even if said job programmes were effective at creating sustainable work (they’re not). There isn’t even enough money to buy off the public sector unions and the demands they’ll inevitably make later on in the year (and Samwu has already started muttering and grumbling).

With a strengthening rand, a sick EU and a Chinese economy looking the weakest it has been in years there isn’t an obvious answer to the jobs crisis we face. There will be a lot of promises during the State of the Nation address on Thursday, but would-be suitors historically make a lot of promises in February, only to break them once they’ve won your trust. It’s just that most of them traditionally wait until the 14th of the month to woo you. Judging by the ever-increasing number of discouraged workers, we’re growing too cynical to be taken in by sort-of-silver-tongued politicians. DM