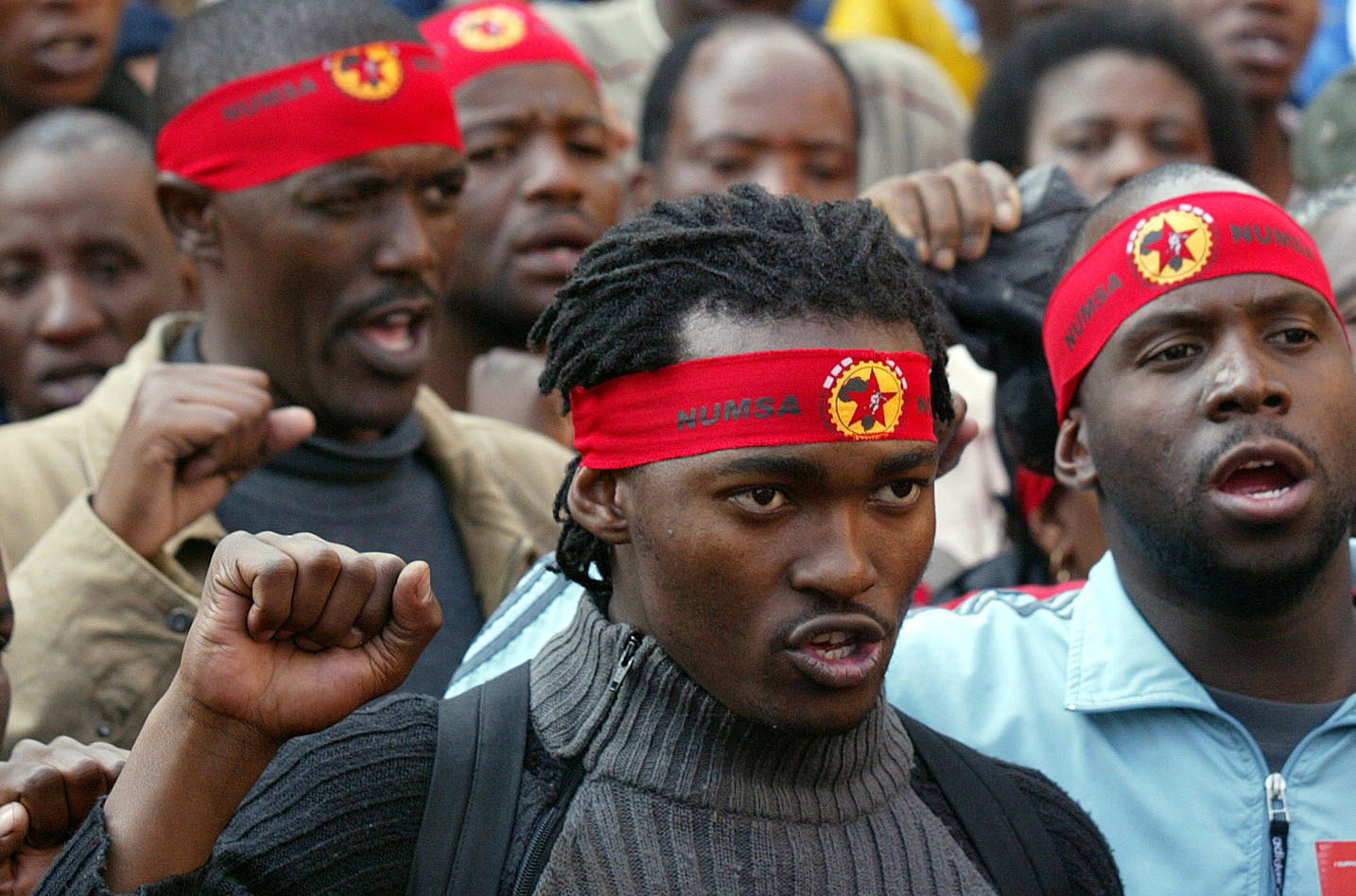 The government seems unwilling to budge on the e-tolling and labour broker issue. Cosatu has been raging against the two for a while now. They now seek to end the impasse by staging a huge strike on 7 March. And you’re invited along. By SIPHO HLONGWANE.

The Congress of South African Trade Unions (Cosatu) really hates labour brokers. They’ve used every opportunity available to them to complain about brokers. They’ve called them all sorts of nasty things. And they’ve pushed really hard on that permanently open debating platform, Nedlac, to have them banned by the government for exploiting workers.

Speaking at a youth job summit last year, Cosatu president Sidumo Dlamini said, “Our most immediate target is to ensure that we develop labour legislation that can effectively ban labour brokers because we believe that labour brokers cannot coexist with the country’s overarching objective to create decent jobs.”

So far, all they have received from the government is stony silence on the issue.

The other new pet peeve of Cosatu is the e-tolls that have been erected around Johannesburg. In both cases, the federation argues that money is being taken out of the pockets of workers. Trying to set up a negotiation forum with government on the new toll gates has been made particularly difficult by transport minister Sbu Ndebele’s constant flip-flopping on the issue.

Business Day reported that the minister now says the e-tolling system will definitely go ahead, but they were looking at a number of options to make the system “not so burdensome” on motorists.

In January, Cosatu called for a mass strike to happen on 7 March 2012. Every single Cosatu affiliate is being called to mobilise its members for the cause. The union reiterated the call on Tuesday.

“The government is telling us not to cut off dialogue, but we cannot move from our position. We do not want tolls,” Cosatu general secretary Zwelinzima Vavi said. “We want the right to use public roads without having to pay for it. What’s next, will it be tolls for Cape Town and Durban? The government should be focusing on ensuring safe, affordable and reliable public transport, so that ordinary people can get home after work without being mugged and raped.”

In its statement on what it expected from the president’s State of the Union address, the federation said that it hoped that President Jacob Zuma would announce that brokers have been banned. “It would be great news if we were to hear the president announce that labour broking is to be banned!” the statement says.

The spokesman for the South African Municipal Workers Union (Samwu) Tahir Sema confirmed the union was mobilising its members to join the strike action.

The DA shadow minister for transport Ian Ollis said their position on the issues was clear: the party agrees with Cosatu with regards to e-tolling, and are exploring legal action to stop the tolling of Gauteng highways. “With regards to labour broking we disagree with Cosatu as we believe that stiff regulation is a better option than a ban as it will save jobs rather than lose them,” he said.

Earlier reports have suggested that Cosatu wants to shut down schools and hospitals, but Cosatu spokesman Patrick Craven described this characterisation as journalistic mischief. “We are not targeting schools or hospitals with this strike,” he said. “We are appealing to anybody who wants to join us to do so. On the e-tolling issue we expect to receive support from outside of our membership.”

He described the negotiations between Cosatu and the government at Nedlac as being in a state of failure.

Cosatu currently faces a number of challenges. For a kick-off, things are not as hunky dory within the federation as they might have been in the past. Last year, the top leadership was struggling to keep all the various member organisations pointed in the right direction. The upper crust of Cosatu will have to smooth over those bumps before all the organisations pull together on this one.

New research also suggests that the nefarious nature of labour brokers may be greatly exaggerated by Cosatu.

“Research from the University of Cape Town’s Development Policy Research Unit (DPRU), shows that of the 3.4-million jobs created since 1994, about 1.2-million jobs were created in the financial and business services category. Of these, in turn, 900 000 positions were filled through labour brokerages and security services,” the Mail & Guardian reported. That would be a whopping 75% of jobs in the financial and business services category being owed in some way to brokerage services.

However, Craven said that they have always argued that labour brokers do not create jobs, but simply provide to companies what they would have obtained of their own volition anyway. “Companies would have needed those workers anyway. It is totally misleading to suggest that they [labour brokers] create jobs,” he said. DM

Photo: You too can join Cosatu when they strike on 7 March 2012. They will be calling for the abolishment of the tolls going up on Gauteng’s highways. REUTERS.