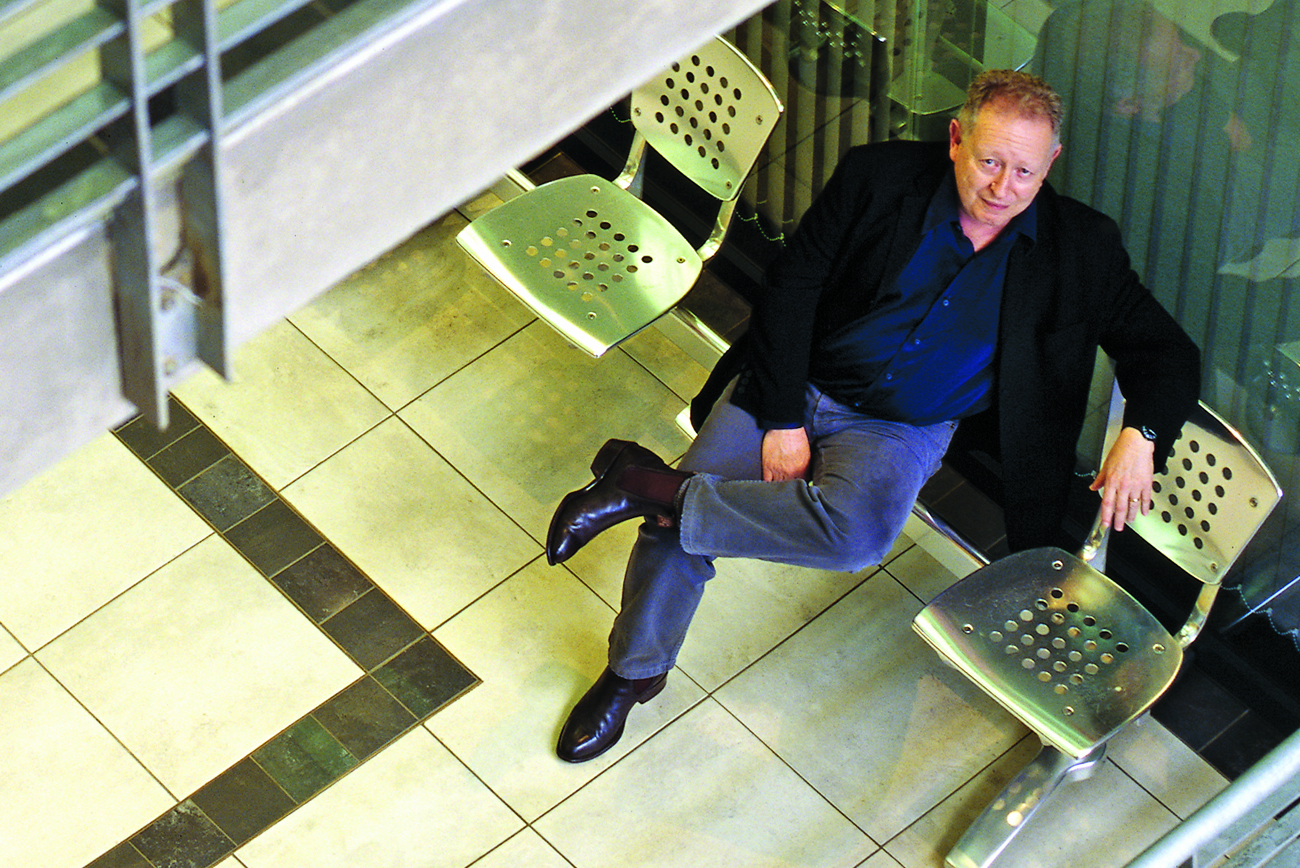 It’s been two weeks since former Competition Tribunal chairman David Lewis put his shoulder to the boulder by becoming executive director of the Cosatu-inspired Corruption Watch. As part of an ongoing series on corruption, MANDY DE WAAL spoke to Lewis about the massive task of stemming SA’s graft tsunami.

When President Jacob Zuma celebrated the ANC’s centenary in Bloemfontein last month, his speech was pregnant with nostalgia about the ruling party’s liberation of the oppressed from the shackles of apartheid. Hopefully there’ll be no playing Call Back the Past when Zuma steps up to the podium for the State of the Nation address on Thursday night, only the blunt facts of success or failure.

Zuma goes to the podium with glaring misgivings when it comes to corruption. He has a couple of anti-corruption agencies without leadership and the Constitutional Court clock is ticking on the matter of the legitimacy of the Hawks. There’s the National Planning Commission view that corruption isn’t quite that pressing and can be handled by a multitude of agencies, while civil society is applying growing pressure for a single, independent agency to fight corruption.

Damningly there’s the perception that corruption-busting in Limpopo is all about putting Zuma’s enemies in place. And then there are the statistics. The latest South Africa Survey published by the SA Institute of Race Relations shows the control of corruption, a key area of democracy, is slipping. We’ve also slipped 10 places down Transparency International’s corruption index in the past year.

But corruption isn’t just eroding local confidence and public resources, it’s shattering global trust in government’s efficacy. The latest issue of The Economist reads: “For most South Africans, the stench of graft, patronage and greed surrounding the ruling party itself is now too strong. The romance, solidarity and heroism of the days of struggle have gone. In the popular mind, ANC people, from the president down, seem keener on power, status and ostentatious wealth than on improving the lot of the poor. Always a broad church, the ANC is riven with factionalism and in-fighting. Lip service is paid to the old ideals, but the party seems increasingly rudderless. It has lost its way.” As we edge toward the 20th anniversary of this country’s democracy, the lustre of freedom is being replaced by the ruin of rot.

“If I was a political leader I would be concerned,” says David Lewis, the former trade unionist and Competition Tribunal chairman who is now Zwelinzima Vavi’s right-hand man at Corruption Watch.

“Factions in the ANC are coming to be organised around access to public resources and I am sure that is not what the ANC would like to think of itself as. It erodes confidence in all public institutions, in government, political parties and not in an insignificant extent, in business as well,” says Lewis, who adds, “Corruption generates a diminishing trust in government, so you reach a state where government makes reasonable proposals, but people suspect there is something else behind it. Then you’re headed for trouble.”

Set up by Cosatu with an annual budget of about R12-million and 19 staff, Corruption Watch has the right board – Vavi, Bobby Godsell, Archbishop Njongonkulu Ndungane, Kate O’Regan and Mary Metcalfe. Donors and supporters include the J&J Group Development Trust, the Open Society Foundation, SAB, the Oppenheimer Memorial Trust and the IDC among others. It has gravitas, good will and the right kind of people in place, but let’s not underestimate the task.

“People have woken up to how badly we are doing on this front, how far we are slipping back and what the implications are. There are implications for service delivery and many of the so-called service delivery protests are often the consequences of corruption. People in leadership are beginning to recognise that the electorate thinks it is not getting what it feels it should be getting and that corruption is standing in the way of getting it,” says Lewis, who believes there is a new and much broader sense of urgency at the highest levels of government when it comes to dealing with the overwhelming problem of graft.

“People do see corruption as a bit of a tsunami. I do as well,” he confesses. “You read all the good work done by all the newspapers – we have this really robust media – and the irony is that it breeds a sense of despair.” An important part of what Corruption Watch does is to re-engender the idea that people are not just passive victims, but can act to stem the depressing tide.

The scale of corruption in South Africa is massive, but difficult to quantify because there’s so much disparate research and no central database for tracking and reporting on incidents. A valuable contribution Corruption Watch will make is tracking, differentiating and aggregating the complaints it has now started receiving online and through the number 011 447 1472. When there’s enough data and the tools are ready, Corruption Watch will take an open approach to the information and will share aggregated information.

“Everything we do will be made public on our website, and we will try to present it in such a way that it appeals to both the Business Day and Daily Sun reader. We want to try to customise it for different audiences,” says Lewis. The idea is that ordinary people will be able to view and work with data so they can see which ward councillors are most implicated in graft, petition for better services or rally around real calls to action and specific municipal improvements instead of corruption being an abstract.

“By encouraging the flow of information, we hope to demonstrate that even though corruption may be rampant, the people who are corrupt and who are benefitting from corruption are much smaller in number than elements which are not corrupt. Eventually we want to start a process and conversation that isolates the corrupt and makes them the pariahs they should be,” says Lewis, who dreams of a future South Africa where societal “fault lines” will separate the moral from the corrupt.

Like a latter-day Hercules, Lewis has the most daunting of challenges, but he’s taking a carefully focussed approach to killing a many-headed hydra. Arming ordinary people with information could be a potent quiver in his arsenal, and the killer blow may well be making people accountable for their crimes. ‘Naming and shaming’ culprits on a central database, ensuring people don’t just get golden handshakes and wander off into the hinterland and, most importantly, guaranteeing that people pay back misappropriated funds or receive punitive measures would prove powerful deterrents to the virus that is corruption.

The real breakthrough could well be making people accountable and responsible for their actions. “We want to start thinking about civil litigation to sue people who have damaged communities or damaged the economic interests of others as a result of corrupt activities,” says Lewis. “People who allow corrupt tender decisions to be made should be held to account in the same way that boards of directors are meant to be held to account for their collective action. It is not easy to bring class actions in the South African legal system, but we will test that kind of thing.”

An open-source approach to corruption that is independent of government, litigates against the corrupt, fights for the underdog and holds those who exploit power to account. This sets Lewis up as some kind of ‘caped crusader’, but if ever we needed an anti-corruption hero it is now. DM

Photo: David Lewis, executive director of Corruption Watch, will not be daunted by the task that lies ahead. MAVERICK MAGAZINE/Sally Shorkend.