Caught between Islamism and Secularism, Tunisia battles for a new identity 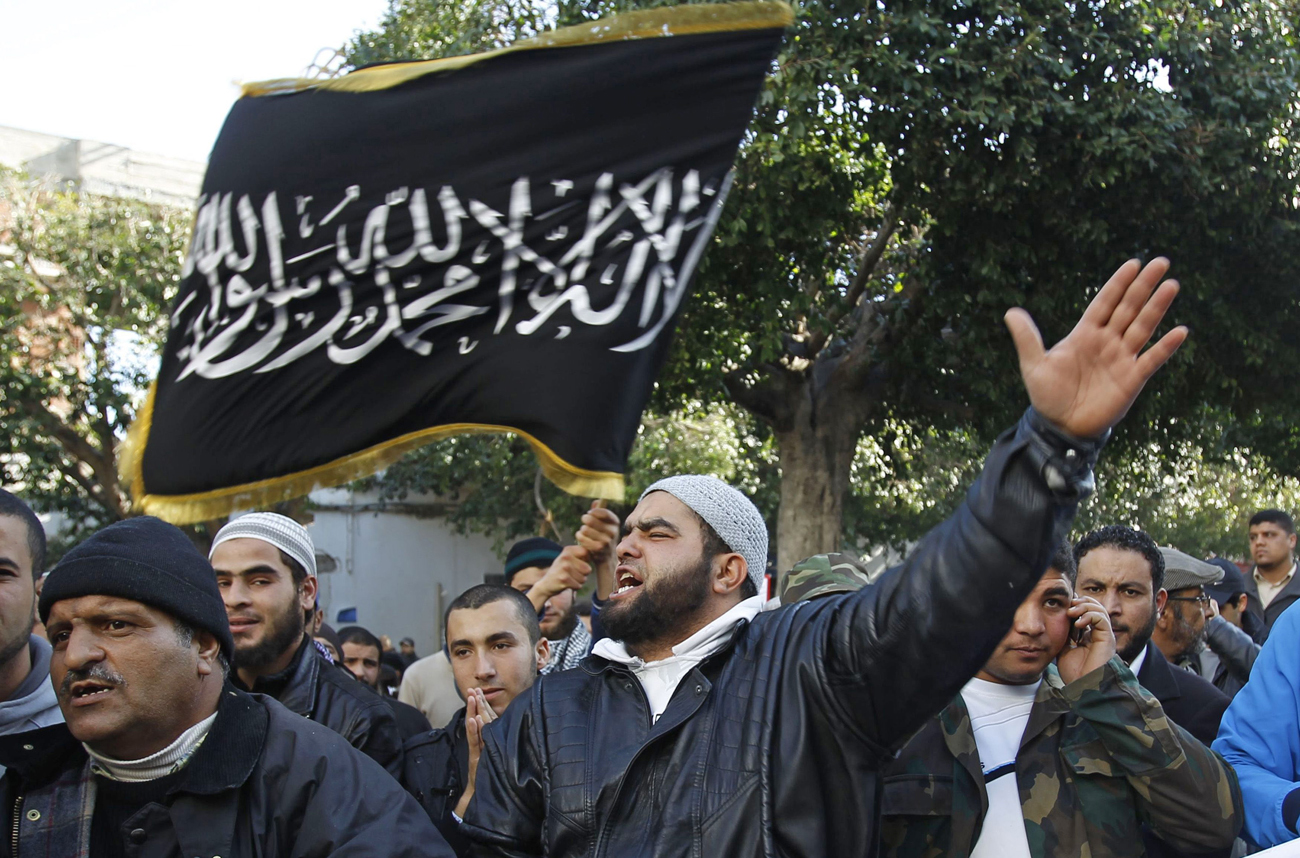 In October, a privately owned Tunisian TV station screened Persopolis, a film based on Marjane Satrapi's graphic novel of the same name. The animated feature film is a coming-of-age tale set against the backdrop of the 1979 Iranian revolution. Persopolis was an apt commentary on the unfolding political spectacle in Tunisia. By KHADIJA PATEL.

As Nessma TV screened the film, Tunisia had only just unshackled itself from years of autocratic rule and the Tunisian people were excitedly exercising their newly found freedoms. Did the rapidly swelling popularity of the Islamist-orientated party Ennahda really signal an Islamic revolution a la Iran?

Some viewers refused to look at the poignancy of Persopolis and took exception to a scene depicting God, considered by some to be forbidden by Islam. Protests against Nessma TV erupted in Tunis, the film was deemed blasphemous. And as anger against Nessma brewed, protesters took aim against Nabil Karoui, its owner. His home was firebombed. Shortly afterward he was charged with libelling religion and broadcasting information that could “harm public order or good morals”. The trial of Karoui began in November but was quickly adjourned after angry confrontations within the courtroom. Following further altercations in January this year, the trial has again been postponed. It is now due to resume in April and if convicted Karoui faces up to three years in prison.

Tunisians feared the protests against Nessma and the attacks against his property signalled the start of an assault on secular institutions and civil liberties. After all, Tunisia’s first-ever freely contested democratic poll was won by the Islamist Ennahda party. Ennahda, or Renaissance, led by Rachid Ghannouchi, was outlawed under the rule of deposed Tunisian president Zine al-Abidine Ben Ali, but has emerged as the best organised of the 80-odd political parties jostling for precedence in revolutionary Tunisia. Tunisian secularists fear that Ennahda may dupe the country into an Islamist autocracy, but Ennahda recoils at such aspersions of its democratic credentials.

“One year after the revolution, the greatest change in Tunisia is democracy in action,” said Ferjani, a senior member of the Ennahda party told Daily Maverick. “People breathe democracy, people breathe freedom of expression, they breathe without anybody controlling their lives, without anybody purposely humiliating them,” he continues passionately. There is also a new culture of protest. People who are tasting freedom for the first time, are doing things that are above the norm but understandable.

Ferjani was a founding member of Ennahda and faced the full wrath of Ben Ali’s regime against its burgeoning popularity in the 1980s. He was rumoured then to have been Ennahda’s ‘Security Chief’ and was imprisoned in the brutal crackdown. In prison, Ferjani was tortured and on his release, chose to flee Tunisia and settle in London. He was found guilty in absentia of several terrorism offences in 2005 and sentenced to 56 years in prison.

The revolution, however, brought Ferjani and Ennahda out of the political wilderness. Ferjani now serves as an advisor to Tunisia’s Prime Minister Hamadi Jebali and a spokesperson for Ennahda. For Ferjani the attention the Persepolis drama has served up has placed Ennahda in a very difficult position. “It’s like a war of attrition,” he said, complaining that his party was trapped between two extremes, the most ardently secular and the religious. “They’re trying not to let us focus on the real issues.”

While some secular figures acknowledge that Ennahda has indeed been embarrassed by the Persepolis incidents and loath to be grouped with the extremist Salafis, Ennahda has condemned the screening of the film for unnecessarily stoking political tensions and trampling on religious sensibilities, but they have been careful too, to condemn the violence with which the protest was perpetrated. Theirs is the conundrum of ascribing to Islamist principles while pandering to the niceties of democracies.
The term ‘Islamist’ rankled with Ferjani. Visibly irritated at a question, he said: “The word ‘Islamist’ is usually synonymous with dogmatic, fundamentalist, people who are deliberately seeking trouble, people who are trying to impose things on the people with disregard for human dignity.” Gesticulating for emphasis, he continues: “This concept… We should throw it out of the window. It is rubbish. We don’t see ourselves as ‘Islamist’. For us we are a Muslim-orientated political party – a democratic political party. I’m not sure why people would accept Socialist Democrats, or Christian democrats and don’t accept Muslims who are democrats.”

Ferjani argues that his party ultimately suffers the consequences of a problem of the perception of Islamism as a threat to secularism and modernity. “This is really a problem,” he says pointing out that Ennahda ultimately formed a coalition with two Leftist parties to form a government. “The word ‘secular’ and the word ‘Islamist’ are from the past,” he says. “It’s Habermas who spoke about post-secularism. We in Tunisia, are speaking about post-Islamism.”

It was in his essay on a post-secular society that Habermas said: “Secular citizens are expected not to exclude a fortiori that they may discover, even in religious utterances, semantic contents and covert personal intuitions that can be translated and introduced into a secular discourse.

“So, if all is to go well on both sides, each from its own viewpoint, must accept an interpretation of the relation between faith and knowledge that enables them to live together in a self-reflective manner.”

And as this tired dialectic between tradition and modernity repeats itself today in Tunisia, we may perhaps understand the popularity of an Islamist party as a means to reach back to tradition to confront the challenges of social modernisation, rather than to succumb to them.

“Post-Islamism,” Ferjani says, “does not assume any shape or form.” He pauses thoughtfully, allowing his words to settle and continues. “We want to make it clear. We are Muslims. We are Africans. We are Arabs. In terms of Islam, our faith, we value it, we believe in it, we know at the same time that neither will we impose anything on anybody nor do we share many readings with many other groups from even within the Muslim perspective.

“So for us when we talk about freedom of expression those who are devout Muslims can invite people to Islam if they want, but the law guarantees that people have a freedom of choice. If other people want to hold seminars or conferences on atheism or any other religion they are also welcome. They are entitled to do this.”

But as Tunisia shuffles uncomfortably between secularism and Islamism, it is a democracy yet to be secured. Ferjani readily admits that the Tunisian economy cannot afford the kind of restructuring needed to address the infrastructure needs of the Tunisian people. “This revolution is about how to serve the poor. To create a system that does not exclude power. The revolution, we are trying hard to make sure that no family should be without one breadwinner. This is a commitment from government. Our economy does not afford rebuilding state infrastructure, but our focus is on the poor to deliver jobs. These approaches to measure growth, celebrating 5% annual growth, but only within 5% of the population.

“We want the dynamics from within the democracy,” Ferjani says and then clarifies, “Within genuine democracy to give everyone the right and responsibility to interact with each other, makes for a lively and vibrant society.” But Tunisia’s struggles remain mired in philosophy for now. Treading safe ground between freedom of expression and religious sensibilities is but one of them. DM