Book Review: The Loss Library and Other Unfinished Stor...

Book Review: The Loss Library and Other Unfinished Stories, by Ivan Vladislavic 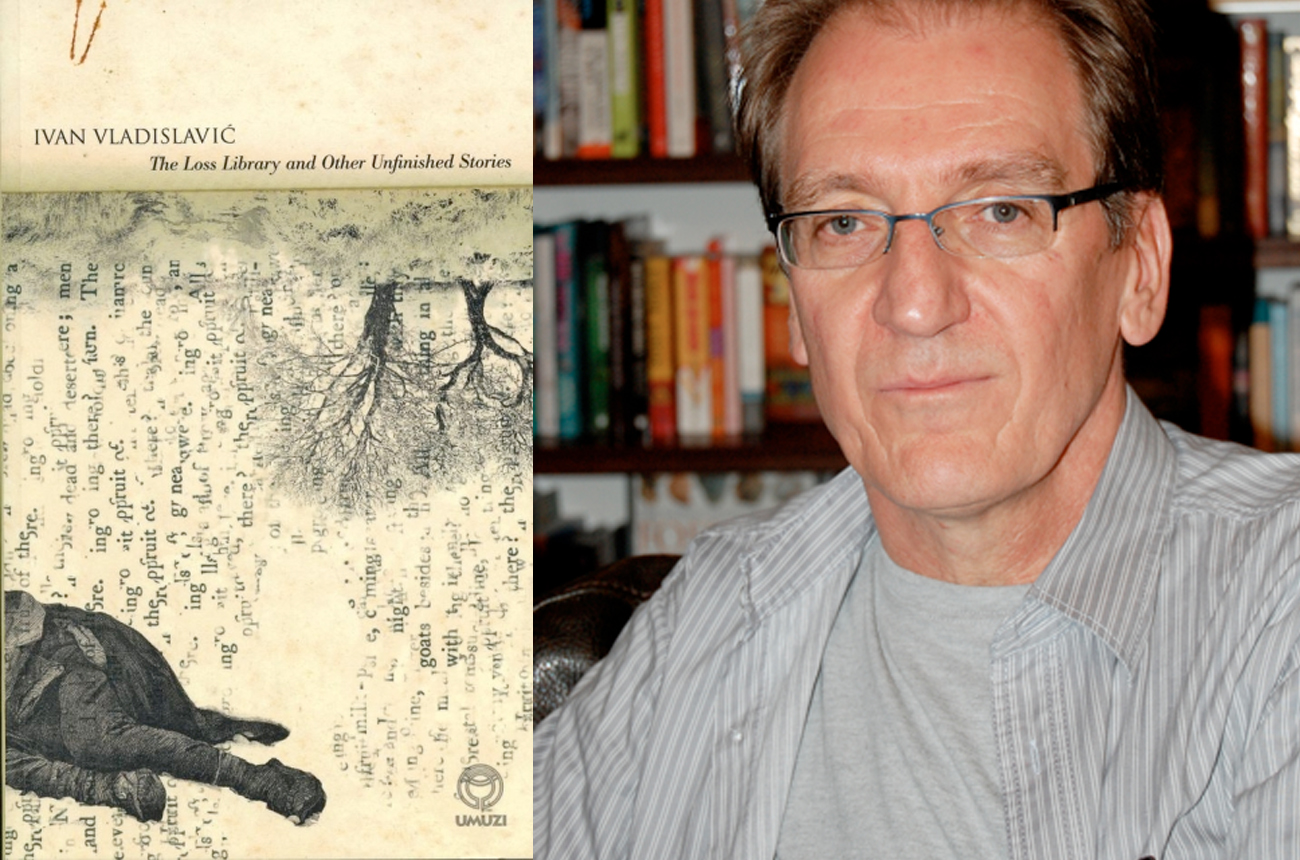 It’s the question writers dread. The halitotic, moist-eyed fan backs you into a corner at a launch and gushes, “You have such  a marvellous imagination! Where do  you get your ideas?” Ivan Vladislavic’s book, The Loss Library and Other Unfinished Stories, investigates where stories come from and, when they aren’t used, where they go. Review by DIANE AWERBUCK.

Vladislavic – damn his eyes! – has long cornered the market on the South African lyric essay. In this collection, the sample is vertical. The 11 pieces for The Loss Library owe their origins to the aides-mémoire he has been compelled to jot down in his perennial notebook over the years. Intimate, self-effacing, genre-defying, the ‘notes’ attached to each story concept explain the thinking process of the writer who wants to make use of them, and also the frustration felt by the same when those ideas disintegrate under scrutiny. They are narratives, as Vladislavic says, in search of endings.

The collection in The Loss Library gives each ‘failed’ idea texture and context – in other words, story. Endings – not so much. As Vladislavic writes in one note, “But ‘Mouse Drawing’ will not rest. I hear it rustling now in the waste-paper basket. It wants to begin again.”

Writers often claim that stories – not characters, but the narratives themselves – take on lives of their own. This anthropomorphism is part of the inexplicable creative impulse. The relationship between the writer and their material is so difficult to parse because it is largely subconscious. Some writers term this machinery ‘the muse’; Stephen King calls it “the boys in the basement”; I picture a squeaky little hamster wheel, whirring busily in the dead of night.

The Loss Library of the title is the main attraction. Vladislavic turns the telescope vicariously on his other Self, the writer who is unable to write. While the story is a homage to Kafka and Borges (the stamvaders of so much of our literary ancestry), it is also a meditation on what the narrator himself is capable of producing, but probably won’t.

His past and future are mediated by the briskly arousing librarian. “Mind your head,” she tells him, before they visit the room full of “the books that came to their authors in dreams and were forgotten in the light of day. These are the unwanted gifts”. When the narrator tries to take notes – and note-keeping is a defence against forgetting, the antidote to the panic writers feel when a memory (read, Memory) is at risk of erasure – she tells him sardonically that in the Library there is no cribbing.

And Vladislavic manages all of this with a grin! The Library contains, among much else, “the unwritten work of Schuitevoerder, the Frisian modernist”, whom the narrator cannot be expected to recall. “Completely unknown, of course, because he drowned at the age of seventeen. Terrible business. He fell through the ice while skating on some frozen canal. Open Odysseus, his unwritten masterpiece, and entire books melt away under the reader’s eye, schools of imitators dwindle to nothing, towers of study guides topple over in the shops.”

The story is beautifully, archetypally, satisfyingly complete. As such, it is located in the centre of the collection, bookended by the other pieces. That there are 11 ideas-plus-explications in total is no accident. In the mocking Notes to his notes on a story named Gross, Vladislavic comments that his inability to produce a narrative of 144 blocks of 144 words (the titular “gross”) is due to a lack of stamina. But perhaps also it is because (nudge, nudge), “I have always been partial to the number 11”.

The impulse behind the narratives of The Loss Library is archival, but it is also thrifty. The conceit of the Dead Letter Office (remember Melville’s Bartleby the Scrivener?) comes up every now and again in the collective unconscious: Vladislavic himself last used it explicitly in Double Negative. There’s something compulsive about storied letters, for writers as well as their readers, because they seem to flout the basic purpose of communication: we speak or write; the message is sent; it is meant to be heard or read.

The problem, of course, arises when we transfer our attention from the product to the process – from the papers in the trommel of Dr T, to the trunk itself. Fetishise the Word instead of settling for its more ordinary pre-modern ancestor, ‘words’, and you’re stuck. Self-awareness paralyses performance. Like sex, the more you think about how it’s done, the less you’re able to deliver the goods. The Loss Library is ostensibly a meditation on literary impotence – or, sneaky Vladislavic! – against  literary impotence. But rendering the concepts for the page and screen, having them printed and published and disseminated, bought and downloaded and read, means that they are no longer lost at all.

The Loss Library and Other Unfinished Stories is a fabulous read, and it will exercise muscles you last used in second-year English when that wacky tutor asked you about the triangular chapter structure in The Scarlet Letter. But it won’t tell you how it’s done.

Lean in closely now. Writers do not know where they get their ideas. They just do.

We should be grateful that they let go of the letter for long enough to drop it in the mailbox – even if the envelope is sometimes self-addressed. DM

•    The InZync Poetry Sessions are back with a bang!

Photo: Ivan Vladislavic and his newest book, The Loss Library and Other Unfinished Stories. BOOKS LIVE.