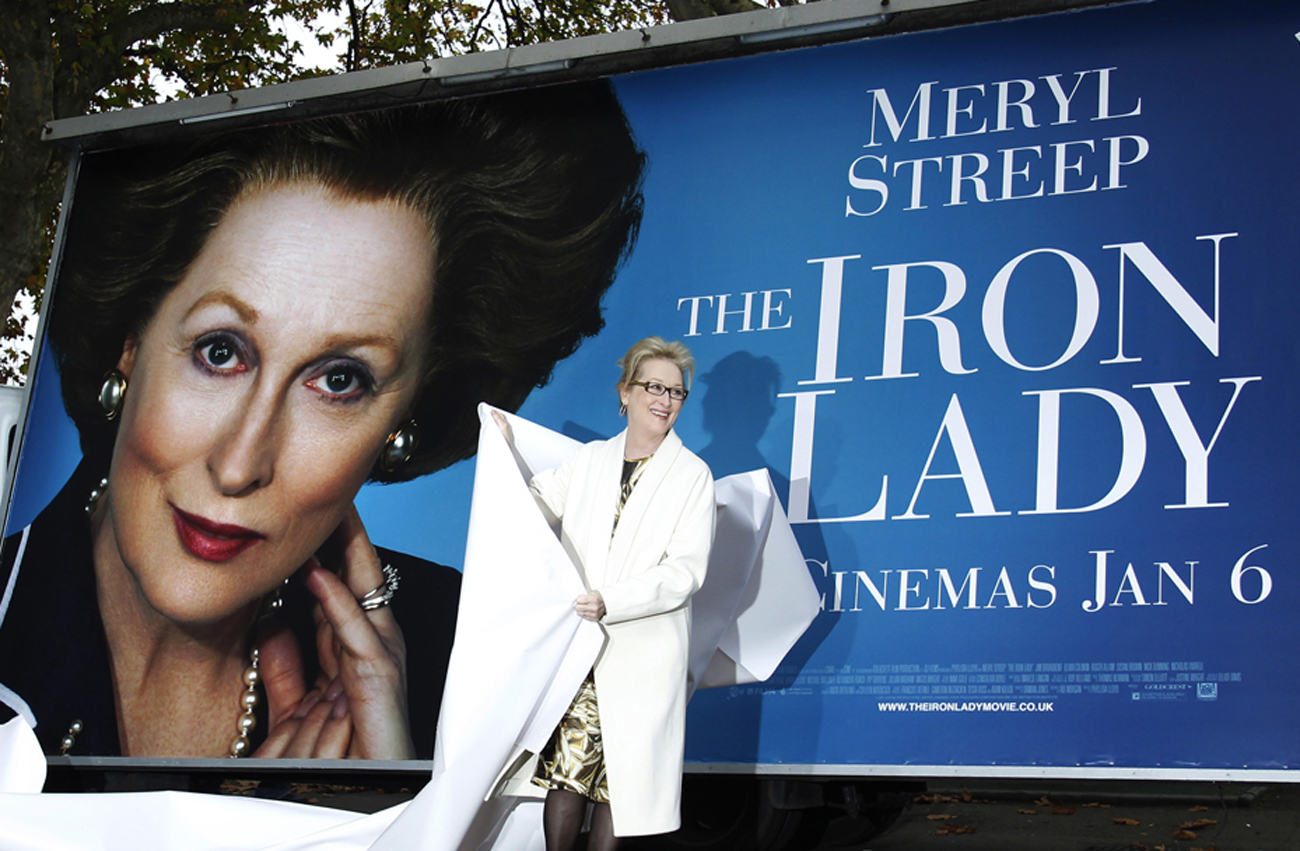 People are fighting about Margaret Thatcher and tensions are growing in the Falkland Islands. Wait a second, is this 1982 or 2012? By REBECCA DAVIS.

Let’s start with 86-year-old Thatcher. The Iron Lady has re-entered the British consciousness of late thanks to the release of the eponymous movie starring Meryl Streep. The film itself has attracted a fair bit of controversy, with Prime Minister David Cameron saying that the film shouldn’t have been released before Thatcher’s death because “it’s a film much more about ageing and elements of dementia rather than about an amazing prime minister”. Thatcher’s former foreign secretary Douglas Hurd also hated the movie, calling it “ghoulish”, while former Conservative Party chairman Norman Tebbit accused Streep of “half-hysterical, over-emotional over-acting”.

On the other side of the political fence, there were calls for boycotts of the film in northern England, where the scars over Thatcher’s handling of the 1984-85 miners’ strike still run deep. South Tyneside council leader Iain Malcolm was quoted in the Guardian as saying “I’m not interested in seeing a film about that woman… Thatcher’s government de-industrialised the North East, to the extent we are still managing the consequences”. Socialist playwright Ed Waugh went a step further, saying “The film sounds like a whitewash and I don’t wish to watch anything about that evil woman and her evil Tory Party”. He added: “To the day I die, I will hate her.”

Now Thatcher’s old university, Oxford, has been plunged into its own Thatcher-related row. In 1985, Oxford declined to award Thatcher an honorary degree during her tenure as prime minister, making her the only Oxford-educated post-war prime minister to be denied that honour. Syrian billionaire Wafic Said now wants to put that historical snub right by naming a new £15-million business school facility (funded by him) after her. Said is a huge Thatcher fan, having described her as a “lioness”, and he has a say in the naming of the building thanks to the ‘principal naming opportunity’ under Oxford rules. But some academics are up in arms about this, and intend to force a vote of all 3,000 Oxford dons to block it. If it does go to a general vote, it’s believed the pro-Thatcher contingent will lose.

And as 86-year-old Thatcher gets increasingly doddery, arguments about whether she should be granted a state funeral continue to rage. If Thatcher had died under a Labour government, it’s unlikely that this would ever have happened, although former prime minister Gordon Brown did once float the idea to curry favour with Conservative voters. In the twentieth century, Winston Churchill was the only British prime minister to be granted a state funeral.

Opponents of the idea cite not just the cost to the taxpayers but also the fact that Thatcher opposed sanctions on apartheid South Africa and denounced Nelson Mandela as a terrorist, supported Chilean dictator Augusto Pinochet, de-industrialised Britain and laid the seeds of the current financial crisis in her deregulation of the City of London. Those in favour say it is only fitting as a tribute to Britain’s first woman prime minister, and her lynchpin role in terms of international diplomacy, particularly during the endgame of the Cold War. If a state funeral does go ahead, it’s certain that protests and demonstrations will accompany it.

While these discussions are taking place, the 30th anniversary of the invasion of the Falkland Islands looms, and tensions are growing. Britain held the islands from the 1830s, but Argentina has always insisted it had a prior claim. Matters came to a head in 1982 when Argentina invaded, and Thatcher sent in British troops to reclaim them. The war only lasted two months, with Argentinian forces defeated. But that hasn’t resolved the issue of sovereignty. Ever since Nestor Kirchner was elected as Argentinian president in 2003, efforts to lobby regional allies to reclaim the islands have been stepped up.

Photo: Argentine Air Force Mirage warplanes fly above the memorial dedicated to Argentine soldiers who died in the 1982 Falklands War (Guerra de Las Malvinas) between Britain and Argentina, in the southernmost Argentine city of Ushuaia. About 1,000 people died during the war before Argentina surrendered to the British on June 14, 1982. REUTERS/Enrique Marcarian.

Many Argentinians insist on referring to the islands as ‘Malvinas’, and the BBC reports that it is not uncommon to see young Argentinians with tattoos of a Falklands map in the colours of the Argentine flag. In December, the South American trading bloc Mercosur announced that it would close its ports to ships flying the Falkland Islands flag. This prompted David Cameron to accuse Argentina of “colonialism”, which saw demonstrations and British flag burning in Buenos Aires.

Last week the Royal Navy announced that it is sending a warship, the HMS Dauntless, to the region in coming months. UK foreign secretary William Hague denied that this move was related to the escalating tension, saying that the deployment was “entirely routine”. The news that Prince William has also been sent to the Falklands, as of last weekend, to begin work as a Royal Airforce search and rescue pilot for six weeks, was also greeted by Argentinians as a potential provocation, though this too was denied. The Falklands War stretched from Argentina’s invasion on 2 April 1982 to their surrender of 14 June 1982. During this period this year, the UK is likely to be on high alert.

Between the Thatcher squabbling, the Falklands tensions and a woeful economic climate, it’s a good job England has a Diamond Jubilee and an Olympics this year to take their minds off the depressing similarities with the 80s. DM Photo: Actress Meryl Streep unveils a poster for her new film The Iron Lady opposite the Houses of Parliament. The film is based on the life of former British Prime Minister Margaret Thatcher. REUTERS/Luke MacGregor.