The Phantoms of familiarity haunt the Opera still

The Phantoms of familiarity haunt the Opera still 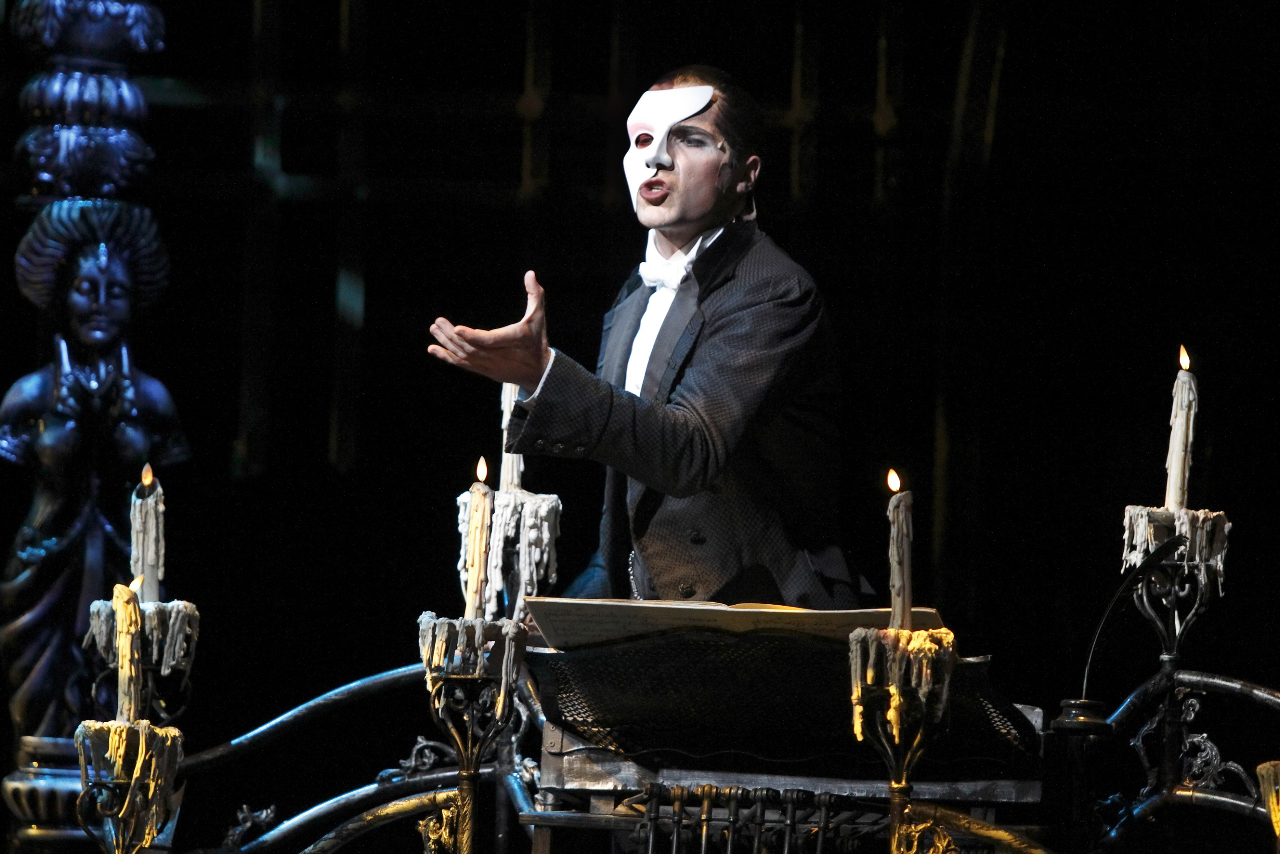 I saw The Phantom of the Opera three times when it first performed in South Africa a few years ago. That left operatic overdose and I had little enthusiasm for seeing it again. Yet when those famous spine-chilling opening bars first pound out, cynicism instantly evaporates, replaced by a childlike sense of wonder. By LESLEY STONES.

For all that Phantom is a ridiculously overblown affair it still has the magical power to mesmerise. Layer upon layer of lavish multilevel scenery and ornate costumes are paraded in sensory overload. But amid the over-the-top melodrama, some strikingly powerful moments seal an emotional connection with the audience.

Andrew Lloyd Webber’s well-known music and lyrics by Charles Hart are belted out by a full-scale orchestra supporting some fabulous singers. The Phantom is being played by Jonathan Roxmouth, originally slated to perform the lead in only a few of the shows, until André Schwartz, dropped out to rest his voice.

Roxmouth is a wonderful singer and gives a brilliant interpretation of the tortured and spurned man behind the mask. But he’s young and not nastily bold enough to play the Phantom in his masterful moments, when the character should be an evil, shadowy menace, not a vulnerable victim.

Magdalene Minnaar as Christine also has the requisite delightful voice, but is sweet rather than sexy, leaving you wondering why the Phantom would be obsessed with her. Minnaar does produce a few suitably lascivious looks, but not enough smouldering sexuality to be the bewitching femme fatale the role demands.

Anthony Downing gives Raoul a welcome depth, while Hanlee Louw is perfect as the aging diva Carlotta, unbearably strident and annoyingly self-centred. Behind them a cast of 30 singers and dancers weave the spell as players in an opera house haunted by the mysterious ghostlike phantom.

Photo: The supporting cast add to the glamour and drama.

The special effects are superb, most of the songs entertaining, the lighting is spot-on and the plot is engaging enough to hold the audience in its thrall. The tempo does lag a little in the second half, but it’s pointless to suggest pruning some of the superfluous scenes, including my pet hate the ‘Masquerade’ scene, which is just an unnecessary excuse to see how much more gold brocade and glitter you can cram into the costumes. But nobody is going to tamper with this well-accepted classic, and it really is a spectacular belter of a show.

Tickets go up to a pricey R425, but if your eyes are stronger than your wallet you can grab a seat for R125. It’s worth the cash, because The Phantom is a bit like an eccentric old aunty – endearingly over-rouged and preened to excess, but you love her anyway. DM

Photo: The Phantom of the Opera is a must-see, even if only for the mindblowing scenery and costumes.

The Phantom of the Opera runs at Montecasino’s Teatro until 22 April 2012.