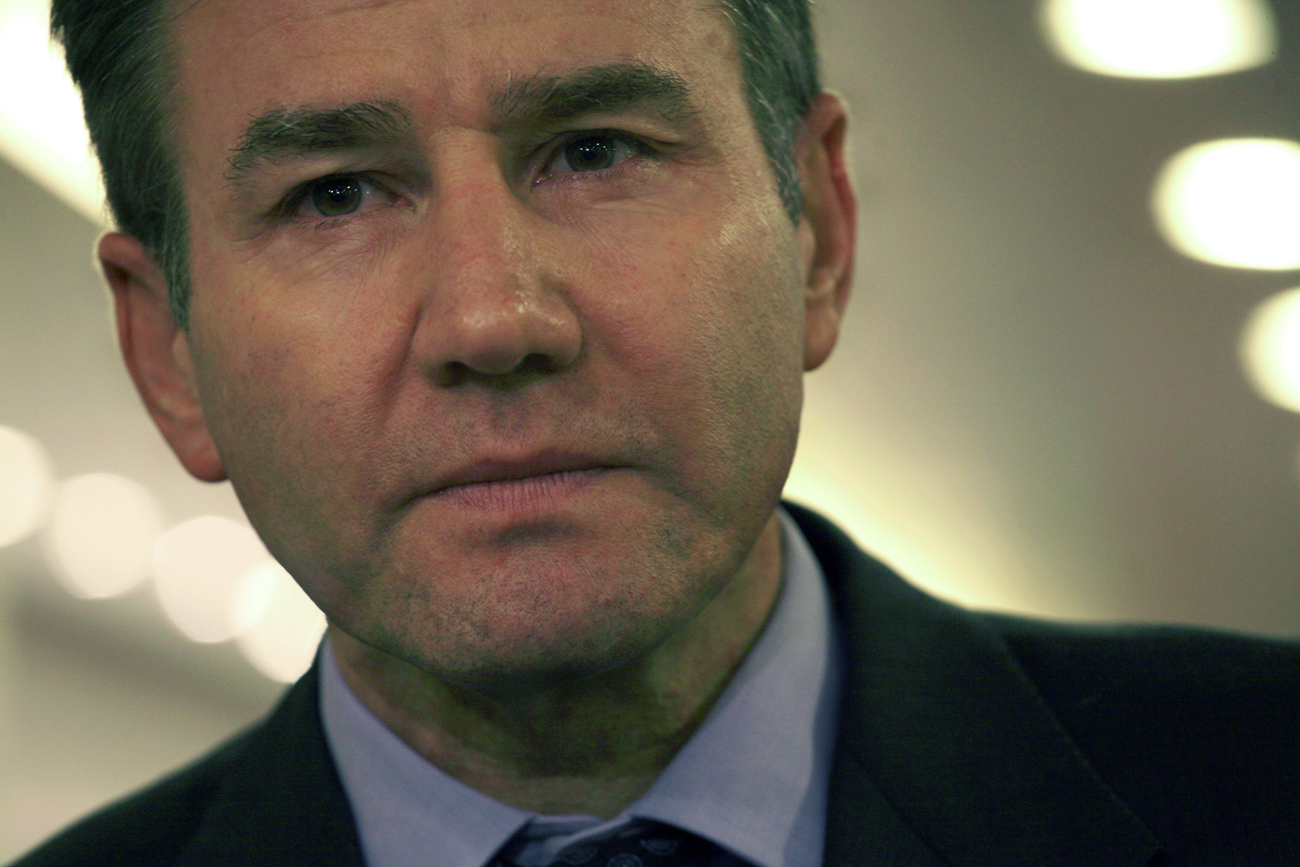 Mick Davis, CEO of Xstrata, was an accounting lecturer at the University of the Witwatersrand when Ivan Glasenberg, CEO of Glencore, was a student. Back then, nobody would have guessed that these two would one day team up to create an entity that could move global markets. Problem is, the real student-teacher relationship was between Glaseneberg and the fugitive trader Marc Rich. By KEVIN BLOOM.

In the remarkable book Metal Men, published in 1986, author A. Craig Copetas describes how it would have been impossible for him to write about the fugitive commodities trader Marc Rich without getting inside his subject’s head. Copetas didn’t mean that what he did was spend months following Rich around – on the contrary, he couldn’t bag even a single interview – but that he himself became, for a year, one of that rare breed of men who buy and sell the Earth’s natural resources. He bargained for tungsten and cadmium in China; negotiated the establishment of shadowy offshore companies in Switzerland and the Cayman Islands; brokered oil cargoes on the Red Sea when the war between Iraq and Iran was at its most vicious; traded Midwestern corn for African cobalt and swapped a British farm for a piece of a large deal on a little known metal called ferro vanadium. By the time he sat down to begin chapter one, Copetas knew just about everything there was to know about commodities trading. And his insights made for compelling reading.

“Breaking the metal bank is not easy,” he wrote, “and most would find it simpler to beat the house at a chemin de fer table in Monte Carlo. There is a winner and a loser in every trade. It is a mean game, a zero-sum game, and the metal man is always the winner because, unlike the private investor, he controls the market he plays. He plays both sides: he’s a buyer when he thinks the market will go up; a seller when he thinks the market will go down.”

This week, when Glencore announces that it has merged with Xstrata, Copetas’s ‘metal man’ becomes one of the most powerful figures on the planet. Because now he doesn’t just control the market for minerals, he owns a whole lot of those minerals too. And the scenario only gets more frightening when you give this individual a name and a background.

Ivan Glasenberg, a Johannesburg-born chartered accountant, was appointed Glencore’s CEO in 2002. Not much is known about his rise within the company except that he came up from the coal department – and, more importantly, that he was a lieutenant in founder Marc Rich’s inner circle. As one of Rich’s blue-eyed boys, it’s practically certain that Glasenberg was taught the methods of the master, which included (over and above his skills as a dealmaker) supplying oil to any rogue state that asked and bribing developing world dictators as a matter of course.

Does Glasenberg operate the same way today as Rich did in the ’70 and ’80s, when Glencore was still called Marc Rich & Co? If he does, he’s turned out to be a lot smarter than his teacher – for the obvious reason that he hasn’t yet been indicted for doing something illegal. What’s more important, however, is that since Glencore’s listing last May, which made him the wealthiest South African in the world, Glasenberg has broken with Glencore tradition and become a public figure.

“Tucked in a corner of the Google bar at Davos, Ivan Glasenberg was in cracking form,” The Australian newspaper noted on 6 February. “Dark and intense, with his hair slicked back, the chief executive of Glencore sipped on a Diet Coke while chatting about mining and waving to acquaintances… The World Economic Forum’s annual meeting is Glasenberg’s natural habitat. It is stuffed with billionaires – he himself is worth about pound stg. 5-billion ($7.3-billion) – and world leaders, whom he courts, and who court him, thanks to his command of the most powerful commodities trader.”

The report went on to suggest that the reason for Glasenberg’s good humour was the $82-billion merger he had just clinched with Mick Davis, his counterpart at Xstrata. Which would make sense, given that the new company instantly becomes the world’s largest thermal coal exporter, largest zinc producer and third-largest copper miner. Reuters speculates that the marriage could create a new round of takeovers in iron ore, “one of mining’s richest and most closely guarded sectors”. But even if it doesn’t expand, the company will be fearsome enough. As The Australian observed: “The resulting entity would employ more than 120,000 people on five continents and be able to reap billions by providing us all with the basics of modern life, from the corn on your plate to the cutlery you use to eat it. A brash new player with that kind of power would be sure to give rivals and big consumers of raw materials, such as resources-hungry China, pause for thought.”

As for Davis’s own back-story, it appears he’s long been entrenched with the Glencore inner circle. He lectured accounting at Wits when Glasenberg was a student, and later moved on to become finance director at mining giant Billiton – when he stepped down in 2001, the Glencore CEO gave him the top job at Xstrata (Glencore was then a 40% shareholder in the business). In fact, the Glencore boss had been so impressed with his former lecturer’s performance at Xstrata that he’s just offered him a $16-million retention package to stay with the new group as chief executive. Glasenberg has made himself deputy CEO, but there’ll be no doubt about who’s pulling the strings –the man who owns 7% of the merged behemoth and is its single biggest-shareholder, the man who learnt his trade at the feet of Marc Rich. DM

Photo: Ivan Glasenberg was named as the wealthiest South Africa in the world in 2011. REUTERS/Tyrone Siu.