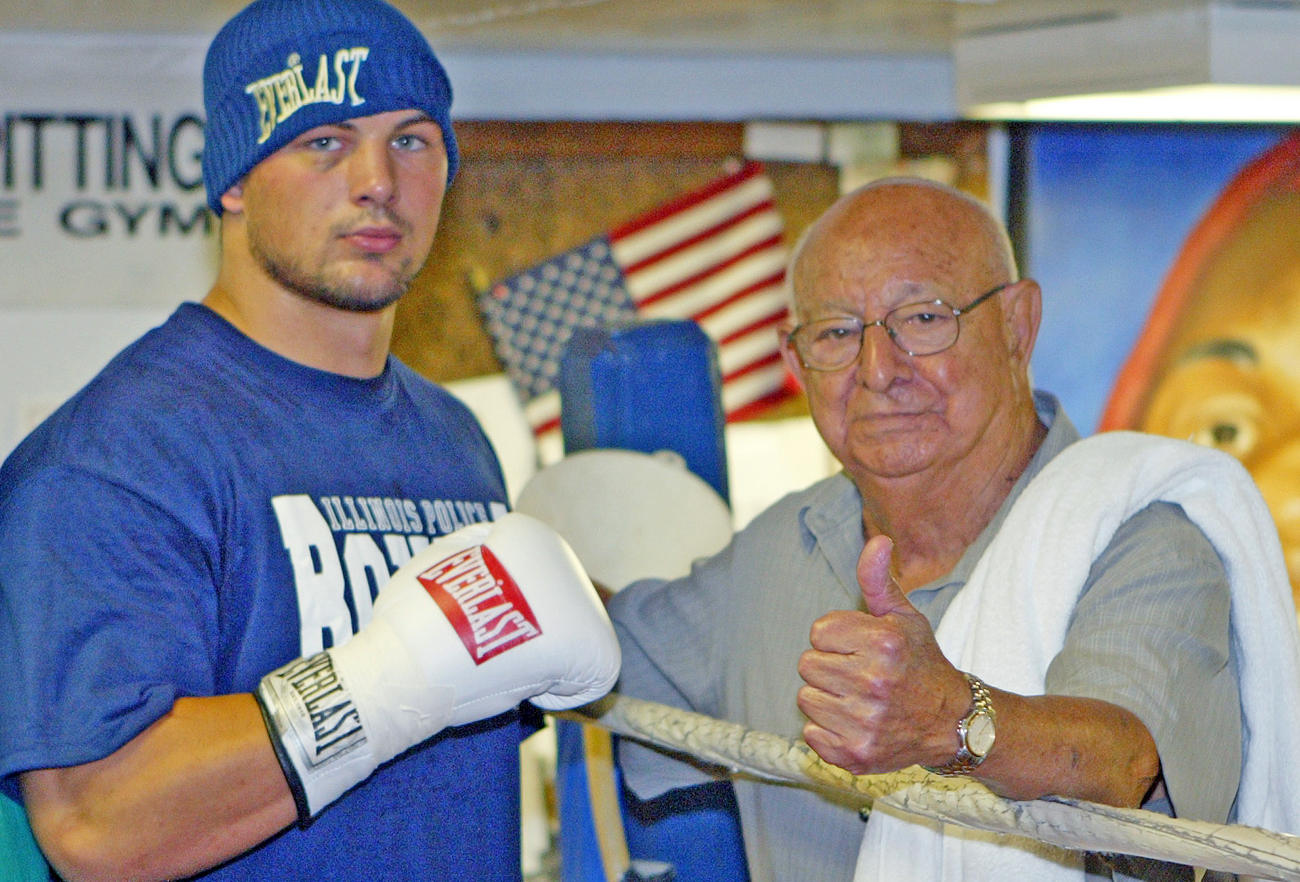 In a sport that is now a mere sideshow, no one made a better boxing corner-man and trainer than Angelo Dundee. He stood beside some of the greatest fighters and the greatest fights, and leaves the ring a legend. By RICHARD POPLAK.

Angelo Dundee came from a tight-knit Philadelphia family. Immigrant kin that didn’t go in for stuff as frivolous as boxing. But he and his two brothers would not be swayed. Born Mirena, they changed their names to Dundee. And under that new, anglicised surname Angelo would enter the canon as one of boxing’s greats.

He was born in south Philly in 1921, and learned the ropes in New York City, working first as a bucket boy, and then as a cut man for trainers such as Chickie Ferrara, Charlie Goldman and Ray Arcel. This was the 1940s, the sport’s heyday, and Dundee was noticed by both the fighters and the fight-scribes as an aspirant to the Sweet Science’s big leagues.

Soon he was working the major gyms in New York and Miami. His attitude, in a sport defined by violence and testosterone, was avuncular and mirthful. “It doesn’t cost anything more to be nice,” he used to say.

The young Cassius Clay, ‘Golden Gloves’ champ, was certainly nice when he came across Dundee in Louisville, Kentucky. He rang up Dundee’s room, and they had a three-hour jaw about the art and science of boxing. Clay went on to win Olympic Gold in Rome in 1960, and by his second pro-fight, Dundee was in his corner.

Ali would never work with another trainer again. They were together when Ali claimed the heavyweight title from Sonny Liston in 1964, with Liston waving off the fight from the stool in the fifth round. That was the kind of move Dundee didn’t like to see, and he had an arsenal of gentle motivational moves to ensure it happened as seldom as possible.

When Ali wanted to quit against Joe Frazier in the ‘Thrilla in Manilla’, Dundee goaded him on, and Ali would take the epic battle in the 14th – surely one of the greatest mano y mano contests in history.

He had tricks up his sleeve. He’d block the ref’s view while dressing a bad cut; he’d do whatever he could to buy his fighters a few more seconds on the stool between rounds. He’d unlace, and then painstakingly lace-up a fighter’s shoes. He’d obfuscate. He’d cajole.

And Ali was by no means his only protégé. He helped Sugar Ray Leonard win some huge fights, calling him ‘mini-Ali’. He helped George Foreman attempt a comeback in his mid-40s and saw Oscar de la Hoya through a botched fight in 2008, his last in a professional corner.

It’s almost ridiculous to think of how many belts Dundee helped his fighters lift, how many champagne corks he heard pop over the course of his career. In a sport renowned for sleaze, there was not a personality who spoke ill of Dundee. He maintained a tight comradeship with Ali, even when he dodged the Vietnam war draft, and turned to the controversial Black Muslims. He let his fighters be themselves and never wavered from his own stalwart personality. He was that kinda guy.

He passed away at his home in Tampa, Florida, surrounded by his family. A blood clot was the final arbiter, but he was long passed his best-by date. He was one of the sport’s great scholars and ambassadors, and recalls a golden age of one-on-one combat. For those of us who can’t quite make the switch to MMA, his passing has the ring of the end of an era. DM

Watch Mohammed Ali do his thing: