Satawu to strike against Prasa CEO 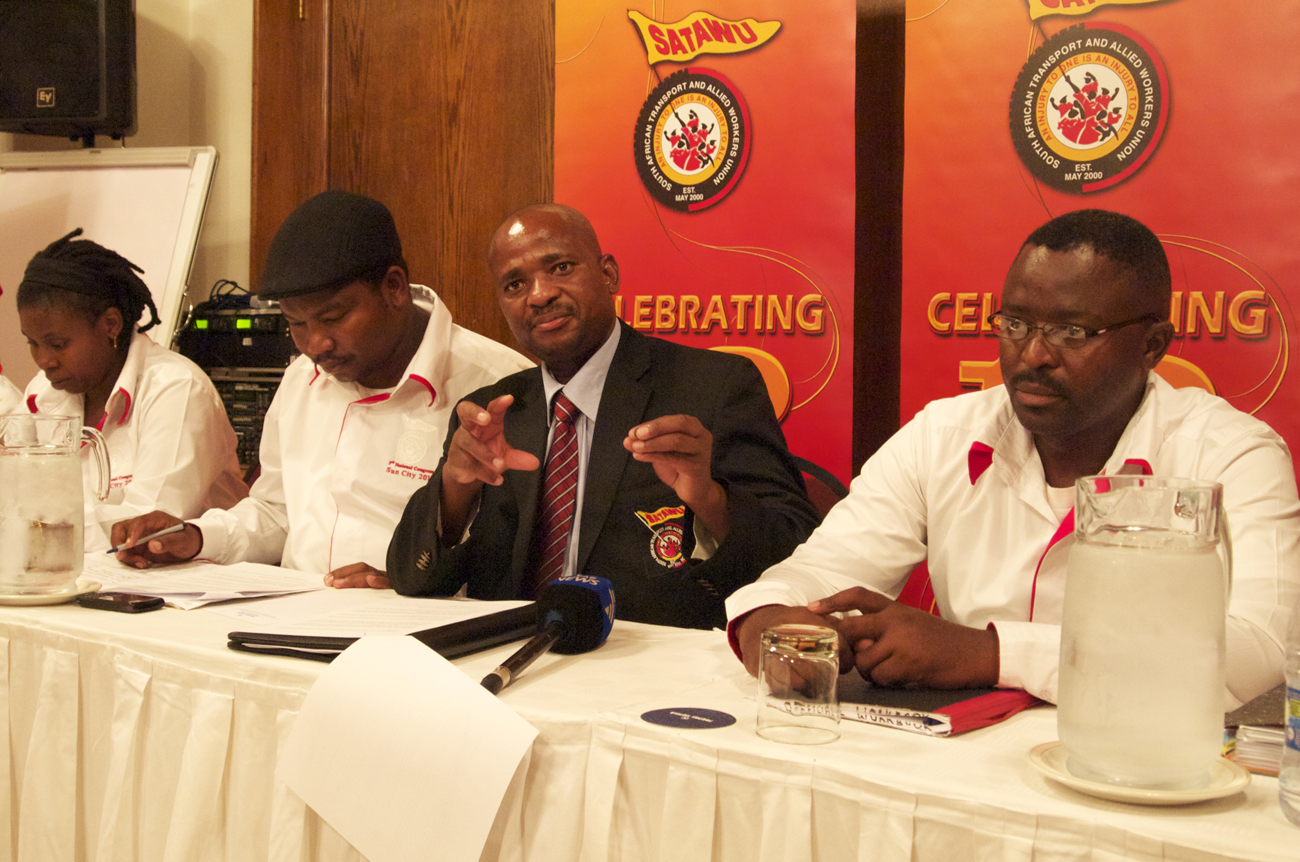 The South African Transport and Allied Workers Union will go on strike this Friday, demanding a forensic investigation into corruption and nepotism at the Passenger Rail Agency of South Africa. Prasa’s group CEO, says the union, is ignoring the allegations and must be suspended. But until details are revealed, the strike will be a fruitless and costly exercise. By GREG NICOLSON.

Satawu can’t stand by and watch a public entity being run down, it said on Tuesday in Johannesburg. In response to alleged corruption at Prasa, the parastatal in charge of Metrorail, millions of commuters will be stranded on Friday as thousands of workers strike across the country. Satawu president Ephraim Mphahlele said 3,000 of its 4,000 members will strike as the union marches to Prasa’s head office. The union has called for a forensic investigation into the parastatal’s finances for the past five years and the immediate suspension of the company’s CEO Lucky Montana.

Mphahlele claimed to have records of widespread corruption at the rail provider. He said Prasa had contracted security staff outside the standard tender process at an extra cost of R1.8-million above the contract signed for security, but didn’t elaborate on other instances. “We want to expose these irregularities,” said Mphahlele. He has collected allegations of corruption and mismanagement from shop stewards and claimed to have presented them to the group CEO. “They have been brought to (Montana’s) attention and he did not act. He ignored them.”

“There are issues of corruption and nepotism that go right to the top,” said Mphahlele. “We are also astounded to the reason why the internal auditors at Prasa, who have been auditing Prasa’s financials for the last five years, would not pick up the corporate rot there. For that reason we want a forensic investigation.”

The union said mismanagement was putting passengers and workers at risk. “This is a situation that is not sustainable. It is a self-inflicted corporate problem. These acts brought about serious shortages of trains, which in some cases resulted in loss of life on the part of commuters. They have no choice but to board overcrowded trains.” Mphahlele cited an incident where a commuter trying to board a train in Kaalfontein lost his life this year.

The South Africa Survey, published by the South African Institute of Race Relations, recently reported high fatality rates on South Africa’s railways. Between 2007 and 2008, more than 900 lives were lost, five times higher than in the mines, it said. Prasa hit back, saying most deaths are caused by passengers’ behaviour such as train surfing or suicide and said unlike the mining industry, the rate of worker fatalities in the rail sector are low.

But Satawu alleged that workers are at risk and the company has been intimidating and dismissing whistleblowers. “Satawu cannot stand mum when their shop stewards’ jobs are threatened. Workers who raise concerns have been disciplined,” said Mphahlele, also claiming maintenance and investment in infrastructure are currently not sufficient. “There is a shortage of trains because the company is engaging in fruitless and wasteful expenditure.” It has been stripping usable trains of parts to maintain its current fleet, he alleged. Asked if they are cutting corners, Mphahlele responded, “That’s what they’re doing.” In 2011, Prasa announced a R123-billion plan to upgrade the national train system over 20 years.

But there are a number of problems with Satawu’s allegations. Montana called for the union to prove its allegations and asked why it hasn’t released them to police. “We want to reiterate that Prasa will not be distracted from its important mission of providing safe and reliable new rolling stock and new signalling by 2015.  Mr Mphahlele promised the country a huge story on the corruption within Prasa but failed dismally during a press conference today to produce evidence backing claims of corruption.” Montana asked why Satawu was demanding an investigation if it already knows of corruption.

Satawu said it hasn’t taken its allegations of corruption to the police because it wants a forensic audit to be conducted first. The union didn’t say who they wanted to conduct the investigation but said it was the only option. Mphahlele said he has been trying to consult Prasa for a year to no avail.

Until the allegations against Prasa and its CEO Montana are revealed – they surely will be this week – Friday’s strike seems a costly exercise in playground bullying. Millions of commuters will be stranded and have to pay higher prices to taxi drivers capitalising on the gap left by the train system. Employees will return to work after Friday’s strike and give Prasa seven days to respond to the union’s demands, after which they will strike indefinitely if they fall on deaf ears. Satawu is using its muscle to pressure Montana, but it needs details for a change. DM