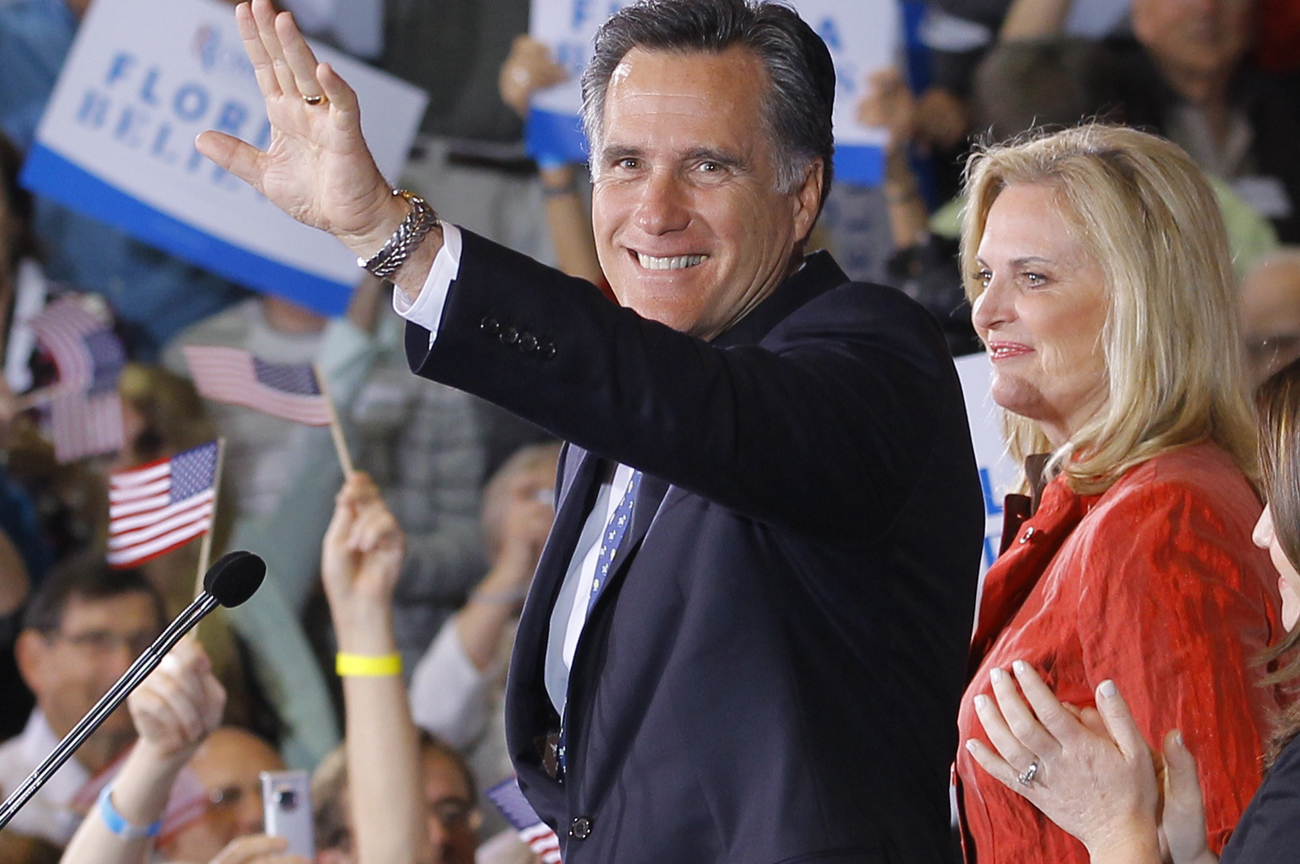 Ultimately the polls were right. Mitt Romney trounced Newt Gingrich in Florida. Now there are only 46 more states to contest in this grinding battle for the affections of the Republican Party. By J BROOKS SPECTOR.

With 95% of the votes counted in Florida by early Wednesday morning, Romney had achieved a 46% to 32% margin. Exit polls reported Romney won in nearly every demographic – ethnicity, age, moderates versus conservatives and the gender divide. Gingrich squeaked ahead among self-described fundamentalist/born-again voters – his only real winning margin among sub-categories of voters.

The gap between the two candidates was especially wide among women where Newt Gingrich effectively “cratered” in the view of (admittedly partisan Democratic) congresswoman Debbie Wasserman Schultz. Exit polls point to the economy as the key issue motivating most of the voters in this primary, trumping immigration controls, Iran’s drive for nuclear weapons – or even Newt’s dream of an American base on the Moon.

This Republican contest has become a deeply angry, thoroughly personal battle: the Gingrich forces complaining about the strongly negative television commercials about him. By the time the election was declared for Mitt Romney, Gingrich declined to offer the loser’s standard congratulations to the winner – a startling breach of electoral politics in the US now being harped on by commentators as yet another demonstration of Newt’s small-minded, mean streak.

The actual voter turnout in this Republican primary offers another question – the number of voters actually declined by about 15% from the turnout in 2008’s primary race – giving some analysts a chance to wonder if Republicans continue to be uneasy about their choice for nominee. Florida’s low voter numbers may well matter for the general election because it’s a key battleground state that could decide the results. While most states remain effectively in the Republican or Democratic camp by tradition and voter allegiance, a relative handful of states like Florida and Ohio will likely be in a position to decide the final outcome.

The marathon now moves to the caucus in Nevada and primary in Maine. In both states, Romney continues to be a clear favourite. Despite this convincing win for Romney, Gingrich has vowed to continue the fight on to the nominating convention in late August in Tampa, Florida.

On procedural grounds, Newt has a point. Many of the delegate totals in these upcoming Republican primaries and caucuses will be apportioned proportionately, meaning that a strong second place finish (assuming some of the lesser candidates continue to draw some delegate strength from the voting) could conceivably be a final roadblock in Mitt Romney’s hope of gaining sufficient delegates to win on the first ballot at the convention.

Democratic activist Paul Begala called this primary race of “bile, bitterness and bad blood”. Some media analysts said 95% of the campaign ads they measured were clearly negative ones. Voters seem to be of two minds about such tactics – on the one hand they tell survey researchers that they dislike such ads, but they also reply that the content of television ads helps them make up their minds about the candidates. Expect to see more deeply divisive and “go negative” ads – and then on into the general election. That, in turn, points to money – lots of it – in winning in the primaries and the general election in America. On this front, the Romney campaign is clearly in the pole position – even if Newt Gingrich has had the very deep pockets of Sheldon Adelson on his side so far.

Pointing to these growing financial difficulties for Newt, The New York Times reported the campaign had raised $5-million in January alone. But over the weekend, Gingrich told Bloomberg News most of that money had been spent and he only had about $600,000 on hand, which will severely limit his options as the campaign moves to multiple states. He is $1.2 million in debt, much of it owed to charter aircraft companies and consultants, said the NYT.

Romney was also a clear winner in the acceptability sweepstakes. Most Florida voters said they accepted Romney as a candidate and a wide margin said they liked him as a person. Likeability is a key, and sometimes underappreciated, concern in presidential contests. A candidate effectively chooses to be angry about something big or a bringer of the promise of sunlight. Gingrich has taken on the mantle of the quintessential angry man, channelling the fears and worries of uneasy voters unhappy with difficult economic times, fearful of more difficult times to come, upset with that liberal media and pitching the dog whistles that reflect older, less educated, less economically secure individuals’ itches about race.

Increasingly, through the debates and out on the stump, Gingrich has blamed the media for much of his difficulties. Th Washington Post’s, Dana Milbank, gave him a poke on this, saying, “You give us exactly what political journalists crave. Sure, some of us are ideologically biased, but we are far more biased in favour of conflict – and that’s why we’re all in the tank for you. We’ve loved you since you created the modern era of politics-as-blood-sport in the House two decades ago.”

While Romney has not yet settled on a stable persona on this likeability/anger scale, he is beginning to channel the kind of emotional content that was so effective for Ronald Reagan in 1980 and 1984. While it may be difficult for Romney, the plutocrat, to find the same warm tenor as Reagan’s extraordinary “it’s morning in America” message, this kind of approach can be especially effective in uncertain times. Watch for Romney’s stretch to this timbre in the weeks and months ahead. And watch Gingrich go for the jugular as he charges that Mitt is simply a limpid, Massachusetts liberal, carbon-copy of Barack Obama. DM