China in Africa: the blowback begins

China in Africa: the blowback begins 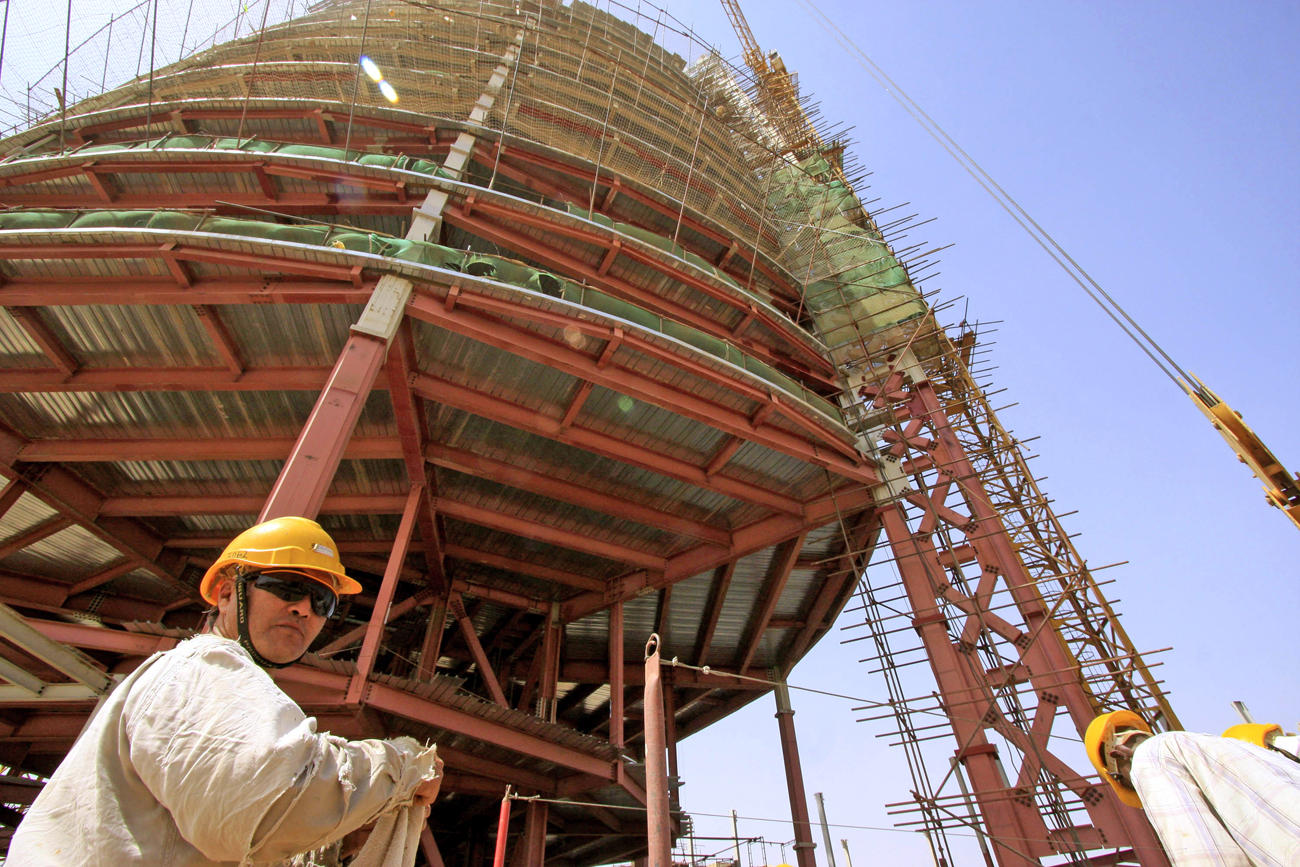 If this isn’t a sign of how far the USA has fallen, I don’t know what is. Twenty years ago it would have been American workers targeted by rebel groups. But the times they are a-changing, and two kidnappings in the last week suggest China’s increasingly dominant role in the world – and especially Africa – is being recognised. And not in a good way. By SIMON ALLISON.

Twenty-nine Chinese workers were kidnapped from their construction site in Sudan on Saturday. Initial reports suggested the Sudanese Army had rescued some of them, but the Chinese government has denied this. Although there is some confusion around the identity of the hostage-takers, all signs point to involvement by the Sudan People’s Liberation Movement-North, a rebel group wanting the downfall of the regime in Khartoum. The SPLM-N enjoys very close links with the government of South Sudan. After all, the SPLM-N is now an independent faction of South Sudan’s ruling party. There’s been a lot of fighting between the Sudanese army and SPLM-N in the last few months. Allegedly the road being built by the Chinese would have helped the army bring weapons and supplies closer to the rebels. China has sent a delegation to urge the Sudanese government to resolve the situation, but Khartoum doesn’t have all that much influence with the rebels. China might have better luck pressuring South Sudan into brokering a solution.

And then on Tuesday, 25 Chinese workers were kidnapped as they returned from holiday. On their way to the cement factory in Egypt’s Sinai Peninsula where they worked, their bus was stopped by irate Bedouins and they were taken to a nearby tent. The Bedouins wanted the release of four of their imprisoned tribesmen. After 15 hours, the kidnapped workers were freed. The circumstances behind their release are still unclear.

But what is clear is the message: China is a target. The Americans call this phenomenon ‘blowback’. The term refers to the unintended consequences of foreign policy actions on one’s own citizens. 9/11 was the ultimate example: Americans being killed in their thousands by a man once funded by the Central Intelligence Agency. The CIA did not see that coming when they helped Osama bin Laden fight the Russians in Afghanistan. Similarly, China’s rapid global expansion, and its even more rapid expansion in Africa, has made its citizens overseas vulnerable. “As Chinese projects in Africa increase, the risk of Chinese workers being kidnapped also rises,” said He Wenping, an expert on African studies at the Chinese Academy of Social Sciences. Sudan is a good example. China’s exceptionally cosy relationship with the regime in Khartoum makes good business sense, but it also increases the danger to Chinese citizens.

Of course, this isn’t the first time Chinese nationals have been targeted. In Sudan alone there have been at least two previous incidents. But the scale of the most recent Sudanese kidnappings, combined with short-lived drama in the Sinai, have put unprecedented domestic pressure on the Chinese government to guarantee the safety of its citizens.

It’s also a tacit recognition of China’s new place in the world. No longer are the Chinese only running in the global power race. At the moment, given their economic muscle, they seem to be winning the thing. These delicate shifts in power and influence don’t go unnoticed by rebel groups and would-be kidnappers, who tend to be very careful about which foreigners they target. There’s not much point in kidnapping a Bangladeshi, for example; their government can’t change anything. And 20 years ago, there probably wasn’t much point in kidnapping a Chinese citizen. But that’s all changed now as China has become very active on the international stage. China can make things happen if it needs to, which makes Chinese citizens all the more valuable.

America discovered this phenomenon a long time ago, which is why American embassies are built like fortresses and many American expatriate executives live in heavily-guarded gated compounds, such as Dainfern. Of course, this greatly increases the cost of doing business in less-stable countries, especially when Chinese companies offer to do the same work for less. But perhaps China will now have to put more thought – and money – into protecting its citizens.

Being a global superpower has many advantages, but there are a few drawbacks too and blowback is one. Until now, much of its expansion into Africa has gone its own way, without too many obstacles. This easy ride can’t continue. DM Photo: A Chinese engineer supervises work at a construction site in Sudan’s capital Khartoum. China’s interests in Africa have multiplied in recent years, with trade rising 10-fold since 2000 to nearly $107 billion last year, and Beijing has been at pains to reassure African nations it will not desert them during the economic slowdown. REUTERS/Mohamed Nureldin Abdallh (SUDAN)