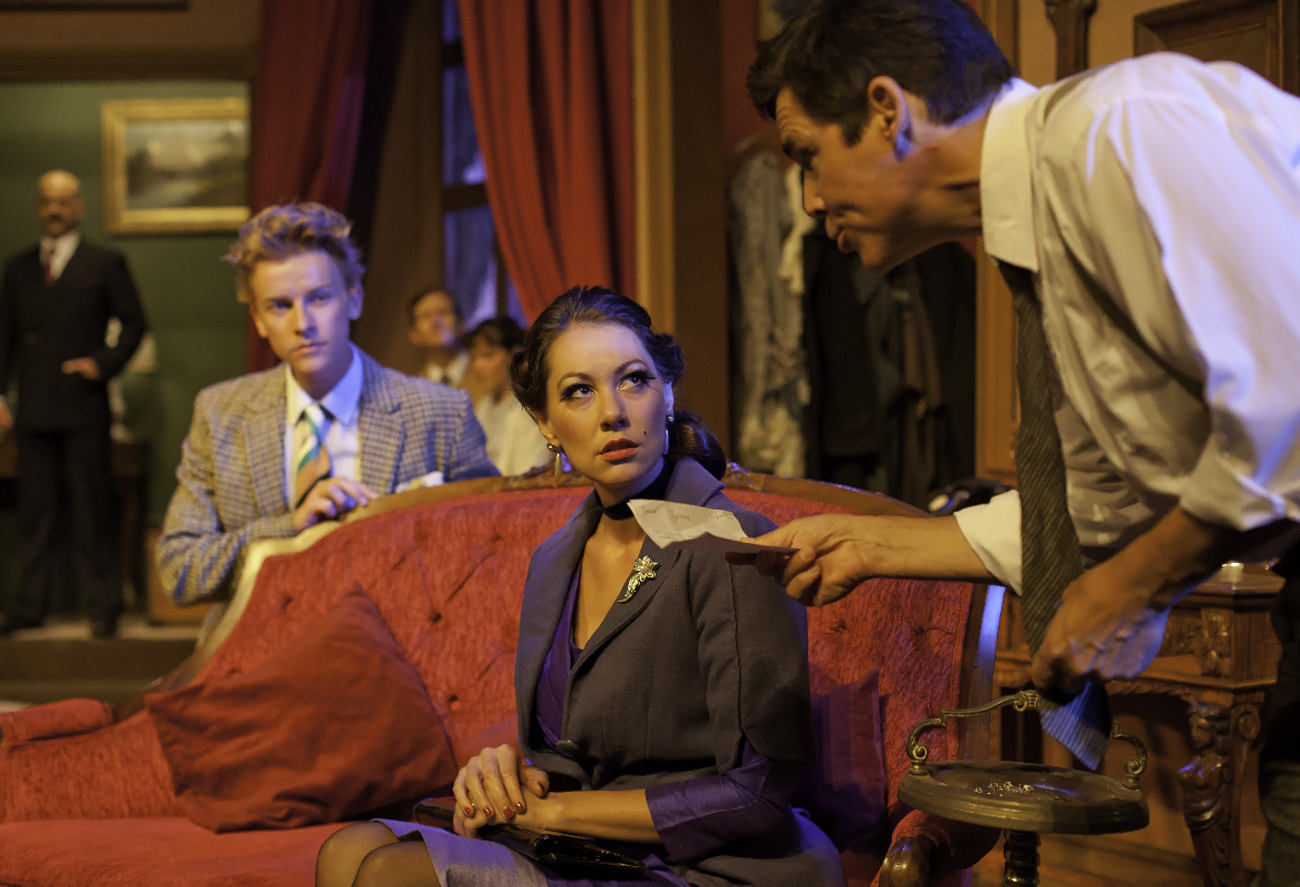 A raging snowstorm, an isolated mansion, a collection of guests who may or may not be who they claim to be. The lights go out. Somebody screams. Ah, there’s nothing like classic Agatha Christie to chill the blood and stir the brain. By LESLEY STONES.

The Mousetrap has been playing in London’s West End for an amazing 60 years, and has been brought to South Africa for an official anniversary production with a local cast. It’s a whodunit in the traditional style, with lots of red herrings flapping around amid a smattering of clues. It’s an entertaining plot and beautifully constructed, with just the right amount of decoys to keep the audience puzzling over who the murderer is and what the motive up until the final moments.

The scenes unfold in a guesthouse run by Mollie Ralston (Sarah Richard) and her husband Giles (Clyde Berning) who welcome an assortment of oddball guests one dark and stormy evening. Each guest is rather peculiar, with their own eccentricities and foibles that could make them just plain odd, or could make them a killer. At first I found some of the British hot-potato accents difficult to follow, and Berning’s accent is all over the place, making his character less credible. He never did decide if he was from the north or the south of the country, or somewhere else entirely.

The production boasts a strong cast and Clare Marshall is particularly fabulous as Mrs Boyle, the pompous, curmudgeonly dragon of a woman, with not a good word to say about anyone or anything. Mark Rayment as Paravicini is also delightful, gliding across the stage to tease here and torment there. My favourite was Ashley Dowds as Detective Trotter, the brusque no-nonsense sergeant who comes to unravel the mystery before the body count increases. Dowds has just the right blend of authority and curiosity, his probing questions soon making everybody appear suspicious. The stage set is gorgeous – too much furniture and bric-a-brac crammed into a living room in that classic 1950s style. The attention to detail is superb, right down to frosted windows to depict the snowy weather outside. The costumes, sound effects and lighting are also perfect and perfectly timed, and Alan Swerdlow’s direction keeps everything moving at a cracking pace.

It’s amazing that a script that has been performed for 60 years has retained its sparkle, and that’s because the writing is so crisp and the plot so intricately crafted, with humour and tension rippling through in equally generous measures. It’s also amazing that 60 years on the ending is still a mystery. I’d tell you, but this is such an excellent production you just have to see for yourself. DM

The Mousetrap runs at Montecasino Theatre until 26 February.