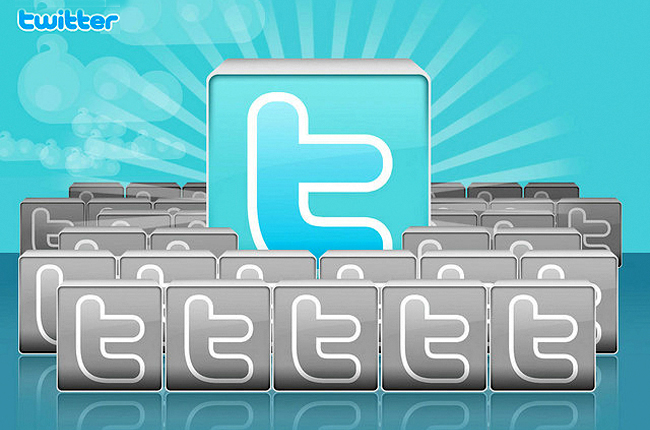 Sunday evening saw political analyst Eusebius McKaiser launch what he claims is a first for South Africa: a talk-show which takes place entirely on Twitter. REBECCA DAVIS took a look at the inaugural Twitterview.

Twitterview is one of the ghastly neologisms the micro-blogging site has unleashed on the world: combining Twitter with interview. It’s very simple – the interviewer and the subject arrange to be logged on to Twitter at a certain time, and the interviewer then types questions and the subject responds. The idea is that the Twitterverse gets involved, by commenting on the Q&A and contributing their own questions. It is not certain who conducted the world’s first Twitterview, but Wikipedia gives credit to a Spanish health journalist who used the forum to interview entrepreneur Bertalan Mesko on 10 December 2008. Now there’s even a dedicated platform purpose-built for Twitterviews.

While the Democratic Alliance has for some time been using Twitter to host Obama-style virtual “town hall” debates (making their leaders available for the public to tweet to during a certain time period), McKaiser believes he is the first South African to use the website to host what is essentially a Twitter-mediated talk show, Twitterview with @Eusebius.

McKaiser told Daily Maverick he was motivated by the belief that South Africa is not yet tapping the full potential of Twitter. “Social media will continue to grow exponentially and it gives you unmediated access to both public figures and ordinary folk,” McKaiser said. “It is the ultimate real-time accountability, and given the growth potential, I wanted to be the first to get a foot in the door of Twitterviews.”

It is a confident move for someone whose Twitter clout is not particularly heavy at present: McKaiser only joined the social network a few months ago. This being the case, it’s testament to McKaiser’s self-belief and real-world standing as a “hustler, pretentious political analyst, fake broadcaster, pseudo-academic, apparent writer, professional-ish debater” (to quote his Twitter bio) that he managed to land Helen Zille as his first guest last Sunday.

The inaugural hour-long Twitterview kicked off with McKaiser bowling Zille some soft balls: “How do you rate your overall performance since leading the party?” (7/10, Zille felt), and “What is the core of the success?” (appointing “people with really good judgement”). Things toughened up thereafter, however. Zille declined to identify her “biggest leadership mistake so far”, typing that “I’m really not into broadcasting my mistakes!”, and was similarly evasive when McKaiser attempted to pin her down on issues such as whether the next DA leader should be black.

Zille seemed most flustered when McKaiser grilled her on her entry into the HIV/Aids debate, claiming she had consulted a “thick file of research” before stating her views on the criminalisation of HIV transmission, but declining to name any HIV experts whose work she was familiar with. (At one stage McKaiser teasingly accused her of “Googling research allies” on the side, a charge she strenuously denied.) Zille brought out the familiar snide side when McKaiser suggested that the use of the phrase “Aids Gestapo” was “atrocious political language”. “Yes, that was a mistake,” Zille replied. “I should rather have called them the ‘herd of independent minds’.” She was similarly unrepentant when asked if she would ever again advise someone to avoid becoming a “professional black”, saying “Yes. If I respected the person enough.”

Responses to the Twitterview afterwards were mixed, with some saying the circumscribed time and forum did not allow for enough questions to be asked and answered. The 140-character-limit on Twitter is also an intrinsic barrier to the potential depth of debate, especially because a politician like Zille is unlikely to allow herself to be led into revealing more than she intends. Whereas in a face-to-face interview one may be able to lead the subject down unexpected paths and exploit the immediacy of the context to put someone on the spot, that’s unlikely to ever happen to the same degree on Twitter.

McKaiser acknowledges that the medium holds challenges. “I am monitoring the format,” he said. “But I’m optimistic – good content, on any forum, always has a good shot at working.” He believes that Twitter holds a couple of inherent benefits as well as disadvantages.

“There are fewer logistical hassles for guests, which is why Helen Zille was able to lie topless next to her pool while tweeting to me,” McKaiser said (tongue firmly wedged in his cheek). “Guests have fewer genuine reasons to say no, so you have a better chance of access to them.” He also cites the fact that though Twitter is fast-moving, the virtual archive of the script is permanent and can be transcribed for dissemination to traditional media platforms.

Future guests in the Twitterview seat will include eTV’s Karyn Maughan discussing her upcoming book on Lolly Jackson’s murder, but McKaiser also wants guests beyond the realm of politics or current affairs. “Trevor Noah would be great,” he told Daily Maverick. “He might even be bowled over, leave his girlfriend and propose to me.” DM

Catch Twitterview with @Eusebius on Sundays at 17h00. On Twitter, obviously.