Press freedom as the ANC sees it

Press freedom as the ANC sees it 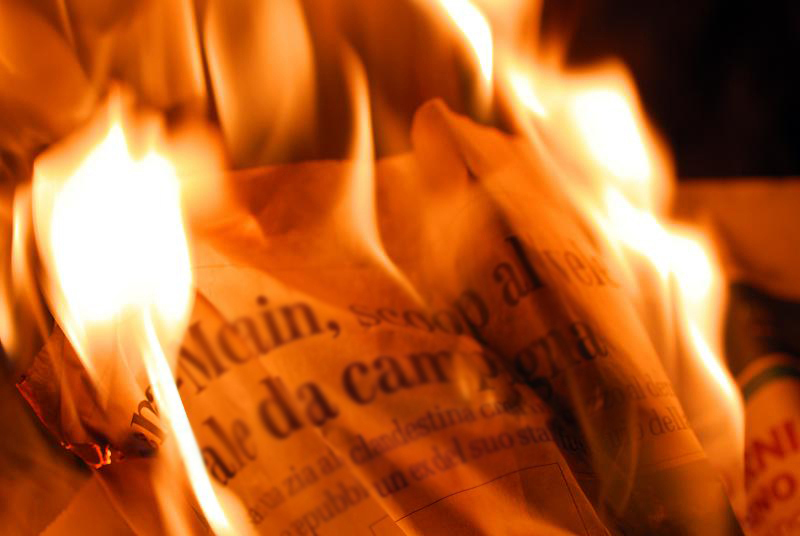 We all know the ANC and the Press (the capital is deliberate) have had a rough ride together over the years. And we know that there are parts of the ANC that seem to be hell-bent on using its power as the majority in Parliament to make sure the press is brought to heel. Some see it as a deliberate campaign to stop freedom of speech, and to get rid of those pesky front-page exclusives featuring the word "corruption". Others think the ANC has a point. On Tuesday, in front of the Press Freedom Commission's members, the ANC had its say. By STEPHEN GROOTES.

(Disclaimer: Grootes is a journalist. He is naturally biased towards his fellow journalists. Don’t say we didn’t warn you and inform you – Ed)

Let’s start at the beginning. Isn’t it fascinating that the ANC decided to come and give a submission in the first place? Think about it. Already there’s been one editor of a national newspaper (Peter Bruce of the Business Day) who’s said publicly that he won’t negotiate on this issue with the ANC. To enter into a process of negotiation means there’s something you’re willing to give up, and there’s nothing he’s willing to give up when it comes to freedom of the press. And there’s the process that is, supposedly, going to get underway in Parliament, that would, according to the ANC, end with the establishment of a “media appeals tribunal”. So the fact the ANC came before the Press Freedom Commission is a good start. It was an opportunity for the party, headed by its secretary-general Gwede Mantashe no less, to put its side of the story. It means that at last there is some debate. There’s also recognition, to an extent, of the legitimacy of the process of setting up this commission (it’s been set up by the Press Council). It’s also good politics. Mantashe will be able to say “we did warn you” when the time comes.

Let’s start with the points that may be valid. The ANC points out that there are certain weaknesses. It is a very broad brush indeed to say there is “continuous shabby journalism”, a “decline of journalism standards” and “inaccurate, unfair and irresponsible reporting”. It really does depend on who you’re talking about. The Sowetan Sunday World, perhaps? The Sunday Times? Some people may think so from time to time, but this is also the paper that houses one of the best investigative teams in the country. The Mail and Guardian? Certainly not.

There is also a tendency to think our media was always better than it is now. That’s not necessarily true. Times have changed, the world is different. Mechanics were better too, because they actually fixed engines, and not computers. You just can’t compare the media 30 years ago with the media now. And there’s also a tendency to remember the best of journalism, and not the worst. So we all remember the incredible exclusive that was the outing of the Broederbond or the National Party government’s funding of The Citizen. But very few of us remember how Christmas was once cancelled by the Sunday Times.

The party also talks about the “inadequate powers of the Press Ombudsman”. Okay, this is something intelligent people can disagree on. As a hack, I get the impression sometimes that all (of us) journalists have stories which we’ve run, which we later found were not necessarily correct, and then didn’t apologise because somehow we got away with it. It’s something that’s true in all professions; accountants, lawyers and doctors make mistakes too, and don’t get me started on politicians. But perhaps the Ombudsman position does need strengthening. Perhaps the Press Ombudsman needs to be a more vocal figure who is seen and heard more often. And quite frankly, I don’t have a problem with the person being proactive, and not having to wait for complaints to be laid. Something is either right or it is wrong, it shouldn’t depend on whether someone is in a position to lay a complaint or not.

Where I do have to quibble with the ANC in its submission is its emphasis on dignity. Jessie Duarte (who was the main presenter on Tuesday) did her homework. She’s very thorough, and she was able to unearth two judgments by highly respected Constitutional Court judges. If by “highly respected” we mean not people seen as ANC appointments, you’d be right. She quotes former Chief Justice Arthur Chaskalson and Judge Kate O’Regan. To paraphrase, the right to dignity is more important than the right to freedom of expression. She could have quoted Chief Justice Mogoeng Mogoeng who has made similar statements, but she chose not to.

The definition of dignity can be very broad. It can mean that prisoners in our jails must be provided with clothing. Or it can mean that you should not humiliate the woman who cleans your res room at the University of the Free State. Or it can mean that politicians should not have their dignity assaulted by Zapiro. Or by claims they’re got their fingers in the cookie jar. It is not clear which definition the ANC uses. I sometimes feel this “dignity” issue is at the nub of it all, that actually the ANC, and many of its members, just feel that their leaders have a right to not be subjected to rough language in our media. I disagree with them, but it’s worth a thought.

Then we come to some of the statements made by Duarte during the question and answer session. The one that most worries me is the idea that somehow this issue, and the make-up of any media appeals tribunal, should be left to Parliament, because it’s “independent”. I just don’t get it. How can it be? Everyone there is a politician. At some point or other, just about all of them will be on the receiving end of some bad publicity. Some of it may be wrong, but much of it will be right. How can Parliament now decide?

But bear in mind the enormity of what I’m saying. How can Parliament not be involved? It’s the expression of the people. This is why we’re a constitutional democracy, and not just a democracy.

This was an initial skirmish in what could be a long war. How is it all going to end? The first idea to create a media appeals tribunal found expression in a Polokwane resolution. Over four years ago. We’re about to have another ANC conference, and it’s not like the MAT is up and running. Either ANC members can lose interest in the whole idea because they’re distracted, or it could be used as a rallying point. If you think of President Jacob Zuma’s relationship and history with the media, you could see how he could use it very effectively. It’s difficult to see if anything concrete on this will go to Parliament before the end of the year. Frankly, at the moment, I doubt it.

At the same time, should it get there, it’s going to make the fight over the Protection of State Information Bill look like a teddy bears’ picnic. Journalists will not be fighting over a law that affects some of their work, but against what could turn out to affects all of their work. It will be vicious and nasty.

However, there is one point the ANC has made, which we need to remember before the hysterics come on. The party has been absolutely consistent in its message, no matter how angry its officials have been, that it will not allow pre-publication censorship. This matters. Sure, the cynics will point out that you can get newspaper to self-censor themselves, and there’s something in that. But this is still fundamentally important: there will not, as far as I can see at present, be any move to stop papers publishing based on pre-screening of content (unless they can convince a judge in the urgent court, which is a different matter). Let’s hope like hell that doesn’t change. DM