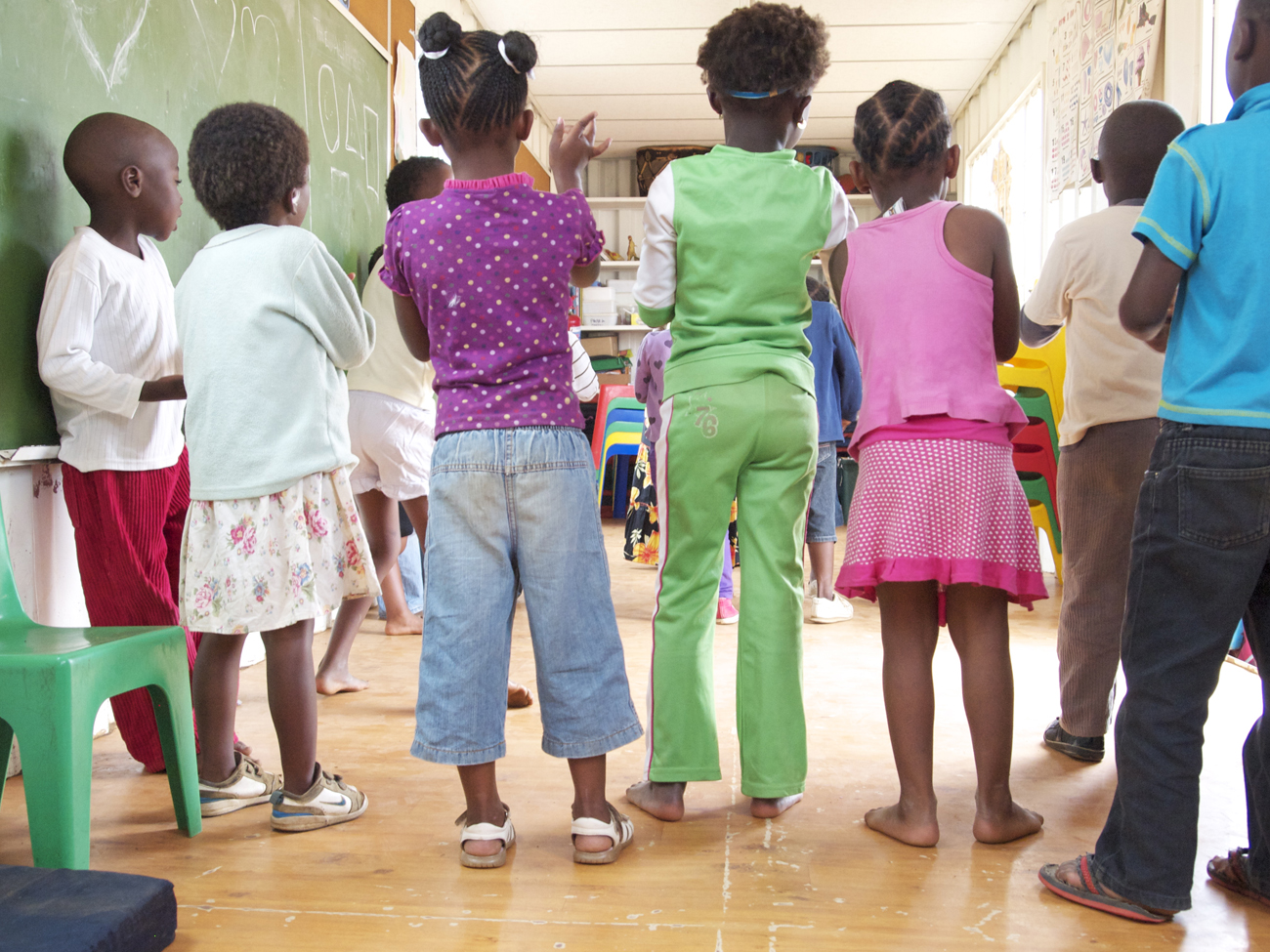 South Africa has almost 3.7-million orphans, more than half as a result of Aids-related deaths. Local NGO Noah is trying to offer them an opportunity to grow into healthy adults but, like many others across the sector, it’s hustling for funding. By GREG NICOLSON.

Noah’s Ark was flooding. Children skipped over puddles as they ran from their classrooms to the marquee. The community crammed inside the tent, avoiding the encroaching rain while leaving a path for students to walk through the centre. The youngest kids danced down the isle, then performed the songs they’d been rehearsing. Stage fright set in and most had to be prompted. But everyone was there to see the five-year-olds. They entered in full graduation regalia. Under their caps and gowns, the boys were in bowties and dress shoes. Girls wore ballet shoes and tutus, more than one with smudged lipstick. They received their certificates and posed for the customary handshake. Not one seemed vulnerable.

The five-year-olds were graduating from the Noah’s Ark, one of 100 centres established by the NGO across Gauteng, KwaZulu-Natal and North West that support almost 20,000 vulnerable children. “Vulnerable” refers to one of a number of struggles. The children have lost one or both parents, or their parents are terminally ill. They live in child-headed households. They come from families with no income or are cared for only by frail grandparents. Many are part of South Africa’s 1.9-million Aids orphans or 3.7-million orphans.

Unaids estimates that the number of South African orphans who have lost parents from Aids increased from 580,000 in 2001 to 1.9-million in 2010. Communities have somewhat mitigated the impact. “Among the most remarkable contributions to the global response to HIV are the systems and networks, both formal and informal, that have been established to support children orphaned by the epidemic,” stated the Unaids 2010 Global Report. But the stress on these networks is increasing. “Despite the modest decline in HIV adult prevalence worldwide and increasing access to treatment, the total number of children aged 0–17 years who have lost their parents due to HIV has not yet declined.”

Noah was established to support the community networks already helping children in need. The idea came from Dr Greg Ash. In 2001, the plastic reconstructive surgeon was with his wife when they were hijacked in their driveway. He temporarily relocated to the United States, but he had already been researching the long-term effect HIV/Aids would have on South Africa. It was orphaning a generation, but the number of street kids didn’t match the death rate. The gap left by parents who had passed away, he realised, was being filled by the community. Noah works to support these natural coping systems. Its premise is summarised in a brochure. “Our extended family system is working,” it reads. “Our communities are doing their best. Ubuntu is alive!”

Noah’s Freedom Park Ark sits on the east side of Soweto. The scene is standard. There are dirt roads with potholes and pedestrians. There’s the land battle between shacks and RDP houses. There’s the unemployed. The Ark is made-up of shipping containers dropped in a horseshoe. They’ve been painted in bright colours and converted into classrooms. Windows have been added so sunlight fills the space and shines on artwork that’s been pinned to the wall. There’s an office, a kitchen and a basic playground. There aren’t dorms like in a regular orphanage. The two to five-year-olds arrive at 7.30am and receive breakfast. They spend the day doing early-childhood development exercises such as singing, dancing, drawing and rhyming. Staff work hard to keep them engaged and the children are constantly guided through games that disguise their educational value. After each exercise they chant as a team, “Ve-ry good! Ve-ry good! YAAAY!” The children get lunch and afternoon tea before heading home in the afternoon. High school students arrive later for help with their homework. All 280 children that frequent the Ark receive counselling. Staff also assist their families to get ID documents and have offered parenting seminars for the community.

“It really changes their lives,” said Ark manager Mimi Maretale, 42, in her office. Behind her desk, Christmas presents donated by staff at the Johannesburg Stock Exchange climbed the walls. “Noah has made a big difference because all the other early-childhood development centres have to be paid for. These children would be running around in the community. During the day these children have nothing to eat.”

It’s estimated that over 20% of South African children are orphans. That’s a fifth of the country’s future who will mature in a vulnerable environment. “Their circumstances put them at high risk for exploitation and abuse, and therefore exposure themselves to HIV, and lack of access to health care, education and social support perpetuates the conditions of extreme poverty,” says Noah’s provisionary 2011 annual report.

Yet Noah, like many other NGOs, has had to refocus its model of funding.  “A large proportion of its funding to date has been received through the generosity of international aid organisations.  This funding is becoming increasingly insecure,” said Noah’s relationship and communications manager Katie Andrews.

“Attracting corporate funding is really difficult at the moment. Corporate social responsibility budgets are getting smaller and smaller and they’re becoming particular about what they fund. At the same time they’re the ones that get most NGOs in South Africa through, and Noah itself has survived using significant amounts of corporate funding. Very little individual funding. I would say less than 5% of our budget is made up of individuals.” Andrews has been searching for new donors and hopes to increase individual funding through their website.

Funding insecurity isn’t just scary for the 20,000 children Noah supports, but also for the jobs the Arks create. The staff are community members and the first interaction children often have with the NGO is when volunteers canvas the community for those who might be vulnerable. Everyone involved with Noah receives considerable training and some volunteers have moved to paying positions, while staff become eligible to advance in the company or move to other organisations.

Noah hopes for the government to eventually provide support to established Arks so the NGO can focus on establishing the centres and implementing its model of network-based support. It has been hailed across the industry, has stood up to the rigorous auditing requirements of local and international donors alike, and helps other NGOs develop best practices.

The students graduating from the Ark and starting primary school will be hoping for an easier transition. Those taking their place, the two to four-year-olds, seemed a world away from the struggles of funding an NGO as they prepared for their graduation performance.

They danced through “Shosholoza” then copied their teacher in a mime. In silence, they poured an invisible lotion into their palms and rubbed it over their bodies. “It’s their laughing powder,” whispered Maretale. The classroom erupted in hysterics with children doubling over, slapping their thighs and one boy rolling on the floor. Not one child seemed vulnerable. DM